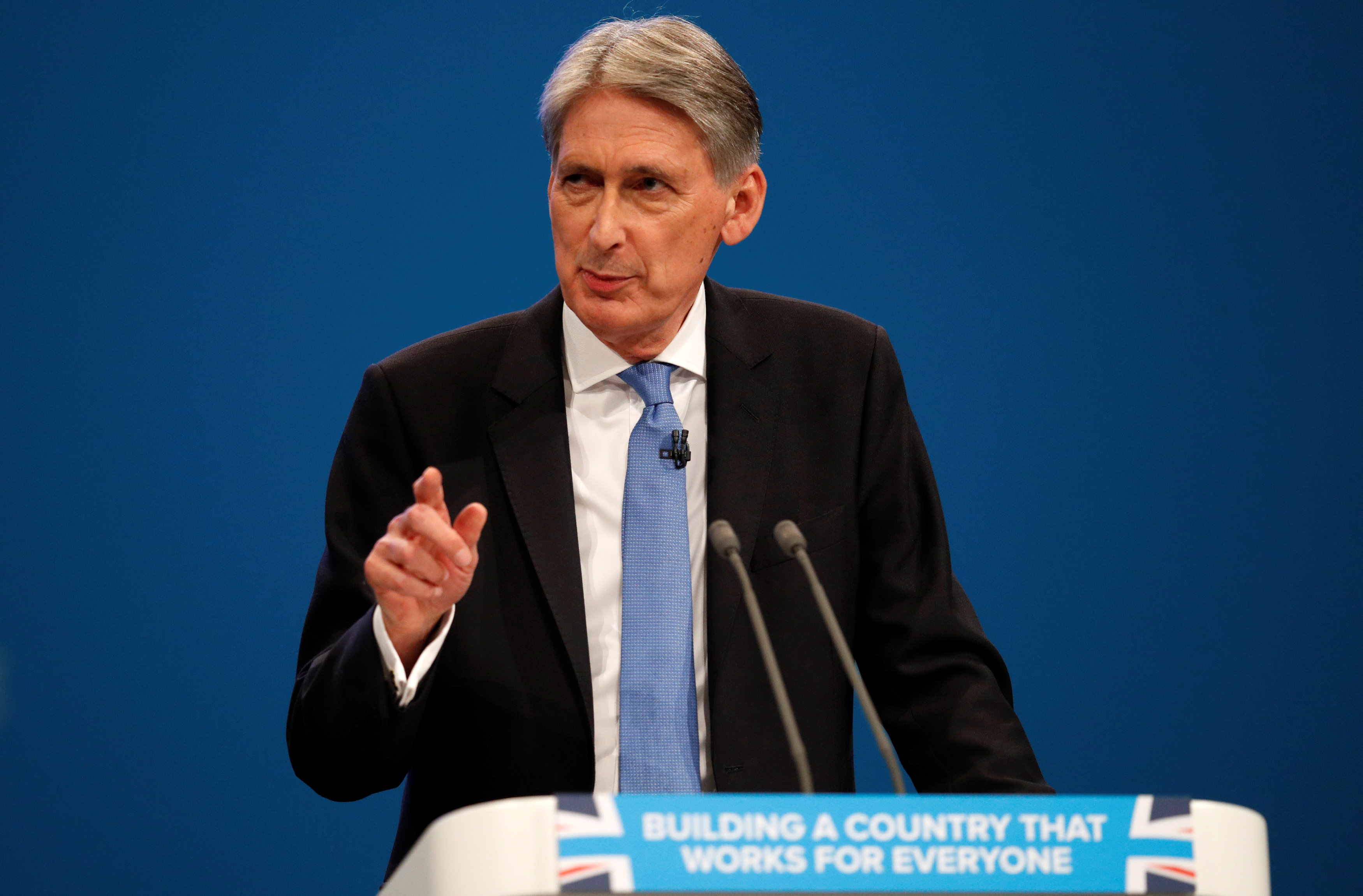 Beijing: Britain is committed to promoting free and open trade, and hopes to seize "unlimited opportunities" brought by China's Belt and Road initiative, British finance minister Philip Hammond wrote in Chinese financial magazine Caixin on Wednesday.
Hammond is visiting Beijing this week, the latest instalment in long-running economic talks between the two countries, which have taken on new importance for Britain as it looks to re-invent itself as a global trading nation after leaving the European Union in 2019.
Hammond's trip also comes against the backdrop of increasingly fraught trade relations between China and the United States, with Beijing accusing Washington of protectionism and each levelling tariffs and threats of more at each other.
China has been looking for support from European countries to seek common ground against the United States, which is also locked in a separate trade dispute with the European Union.
Writing in Caixin, Hammond signalled what he called "globalised Britain's" support for free trade.
"During this visit to China, I will meet with Chinese leaders in order to clearly convey a message to the outside world - as a firm supporter of trade liberalisation and a free market, the United Kingdom is China's long-term trusted partner," Hammond said.
"Britain is committed to promoting free and open trade, and as Britain and its European cooperation partners form a new relationship, we will deepen our relations with other regions around the world," he wrote, in the Chinese-language article.
Hammond last visited China in December, when both countries vowed to strengthen cooperation on a wide range of economic, financial and trade issues, including speeding the introduction of a London-Shanghai stock connect programme.
Hammond wrote that there was "enormous development space" for cooperation in financial services, and that Britain wanted to encourage two-way trade and investment.
The finance minister was also a high profile attendee at last year's Beijing summit on President Xi Jinping's landmark Belt and Road infrastructure programme to build a new Silk Road, which has aroused suspicion in some Western capitals that it is more about expanding China's influence than anything else.
Britain is an "ideal cooperation partner" to turn Belt and Road into a globally recognised asset class via London's position as a global financial hub, Hammond wrote.
"We hope that Britain can grasp the unlimited opportunities brought by the Belt and Road initiative, and take a lead in its financing work."
Meeting Chinese Vice Premier Hu Chunhua later in the Zhongnanhai central leadership compound, Hammond said he looked forward to setting ambitious goals with China.
"I want to set out from the outset our clear desire to deliver a substantially deeper economic and financial trade relationship between the UK and China," Hammond told Hu.