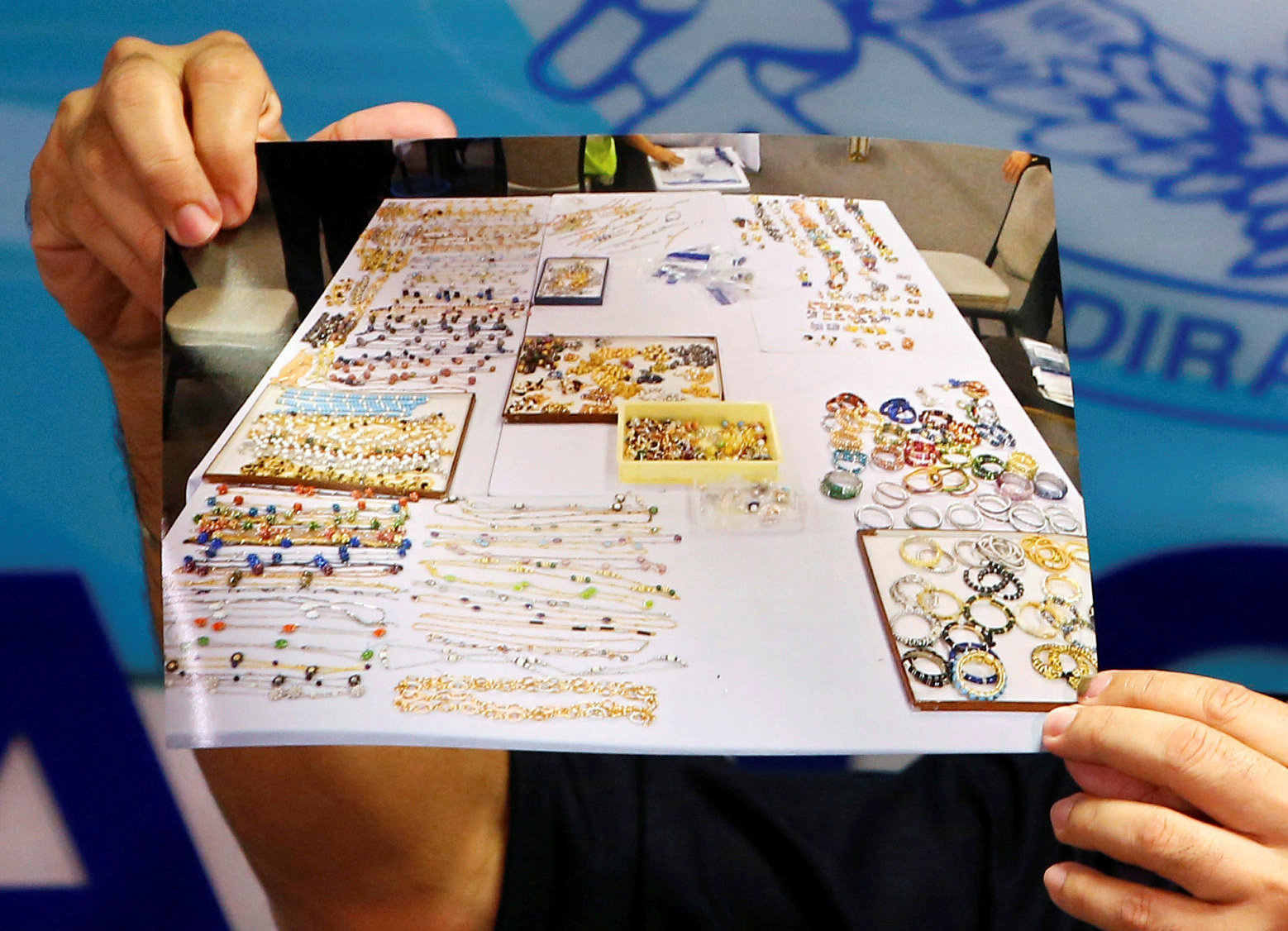 Kuala Lumpur: Malaysian police said on Wednesday they would soon question former prime minister Najib Razak and his wife after finding nearly $275 million worth of jewellery, handbags, watches and other items at premises linked to the couple.
Authorities are investigating Najib as part of their probe into how billions of dollars went missing from state fund 1Malaysia Development Berhad (1MDB), which was founded by the former premier.
Since his shock election loss to Mahathir Mohamad in May, Najib has been barred from leaving the country, questioned by the anti-graft agency and has had his personal and family houses searched as part of the 1MDB probe.
Amar Singh, head of the police commercial crime division, said the retail value of the items seized from six properties linked to Najib was between 900 million ringgit and 1.1 billion ringgit ($224 million-$273 million).
"This is the biggest seizure in the Malaysian history," Singh told a news conference.
He said more than 150 police officers and external experts took nearly a month to value the seized items.
Jewellery accounted for the biggest portion of the seizure - 12,000 pieces of jewellery valued at between 660 million to 880 million ringgit, Singh said. The single most expensive item was a diamond necklace worth at least 6.4 million ringgit.
Authorities also found 116.7 million ringgit in cash, slightly higher than previously disclosed. Singh said 22 central bank officials using six cash-counting machines needed three days to count the money.
Luxury handbags and watches worth millions of dollars were also seized.
Singh said police planned to take statements from Najib and his wife, Rosmah Mansor, on the ownership of the seized items.
"We should be calling them soon," he said. "We have to verify if they were gifts from people, and if so, who are the gifts from".
In an exclusive interview with Reuters last week, Najib said most of the items seized from his houses were gifts given to his wife and daughter and had nothing to do with 1MDB.
Najib said his son-in-law Daniyar Nazarbayev, the nephew of Kazakhstan President Nursultan Nazarbayev, had also gifted many handbags to Rosmah.
He also said the cash found at his house belonged to his political party.
Handbags and watches
Najib has long faced criticism from Malaysians for his family's lavish spending.
A prime minister earns a fixed salary of 22,826.65 ringgit ($5,671.22) a month and cannot invest in businesses or stocks while in office. Najib earned an additional monthly salary of 16,000 ringgit as a member of parliament.
Singh said police had seized a total of 567 handbags in 37 different brands from Najib's residences.
The Hermes bags - 272 in total - were worth nearly $13 million, he said. The rest have not been evaluated, but Singh said they included a custom-made handbag by Los Angeles-based House of Bijan, known to be patronised by the world's richest people.
The police also found 423 watches worth 78 million ringgit and 234 pairs of sunglasses. The most expensive watch: a Rolex Paul Newman Daytona worth $869,565.
Many Malaysians reacted with disbelief on social media as the police listed the items and their estimated worth during a news conference broadcast on live television.
"This is madness!!!" Elsie Low said on Twitter.
Mahathir, in an interview with Reuters last week, said Najib was fully responsible for the 1MDB scandal and that authorities have "an almost perfect case" against the former leader.
The U.S. Department of Justice has said a total of $4.5 billion was misappropriated from the fund.
Last week, Najib said he shouldn't be blamed for the alleged stealing from 1MDB, and declared he knew nothing about the money from the state fund that appeared in his bank account.