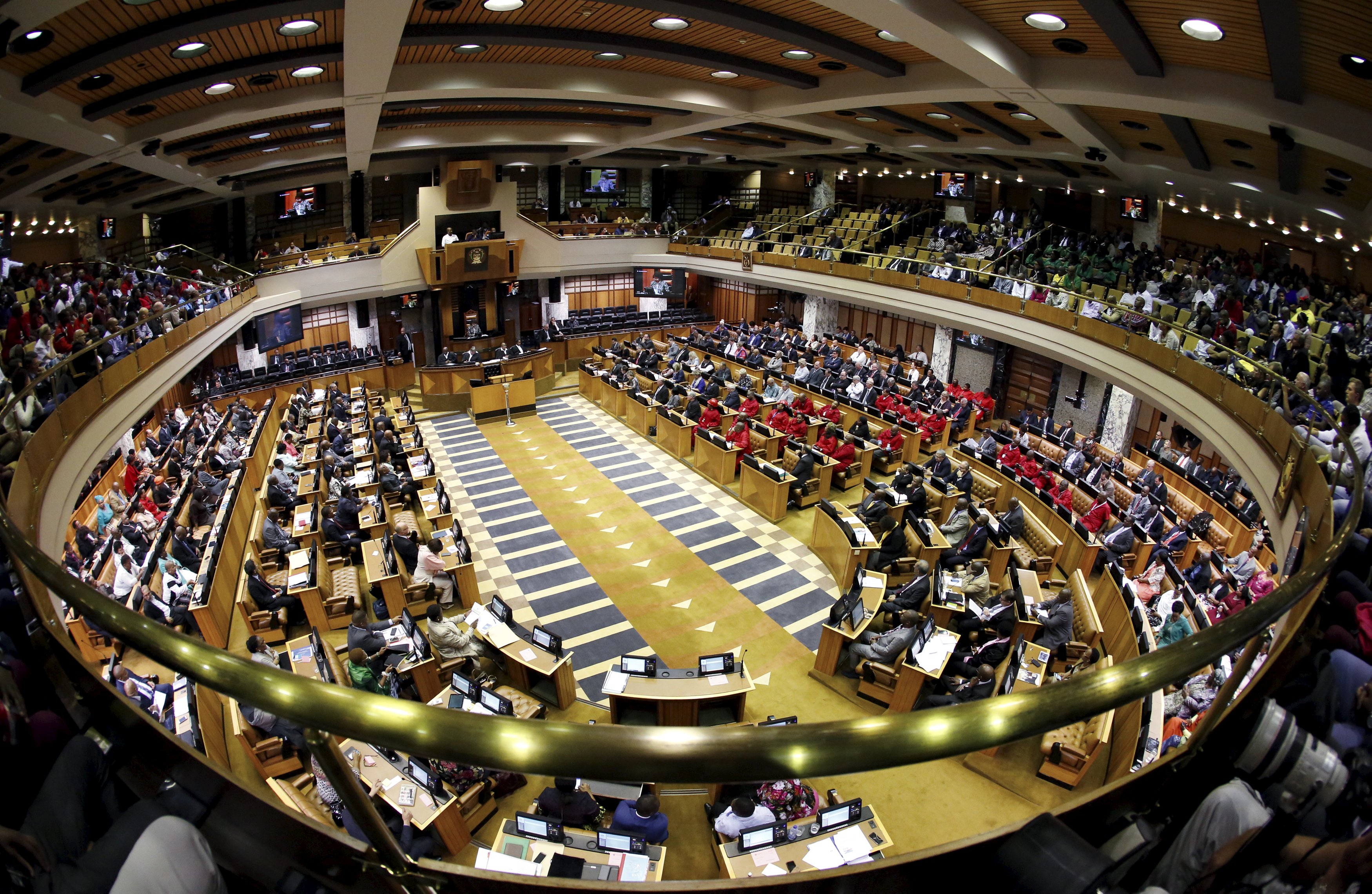 Cape Town: South African President Jacob Zuma on Tuesday survived an impeachment vote in parliament launched after the constitutional court ruled he had ignored an order to repay state funds spent on his private home.
At a fiery session, the African National Congress (ANC), which controls almost two-thirds of the 400-seat assembly, gave Zuma the support he needed to save him from impeachment.
A total of 233 lawmakers voted against the impeachment motion, with 143 voting in favour. Zuma did not attend the proceedings.
The motion, launched by the opposition Democratic Alliance (DA), led to emotional debate following last week's ruling by the court that the president had breached the constitution by ignoring an order to repay some of the $16 million in state funds spent on renovating his home.
"The choice is whether or not you will choose to protect your oath of office that you took here in this house, to protect the constitution or to serve Jacob Zuma," Mmusi Maimane, leader of the DA party said.
Julius Malema, leader of the smaller opposition party Economic Freedom Fighters, said "Zuma and the ANC want to convert South Africa into a banana republic." After the vote, he said: "We are not going to be part of this mess of a useless parliament that votes for wrong things. You are traitors."
ANC lawmakers argued that Zuma had not violated the constitution deliberately and did not deserve to be impeached. But they acknowledged the party had much to do to rebuild its image.
"There has been damage on the part of the ANC. We need to go down on the ground and explain exactly what happened. We still have a lot to do," ANC chief whip Jackson Mthembu told reporters outside parliament.
"We believe him (Zuma). We accept his apology. We think we can now move forward." The rand weakened by more than two percent, partly on political risk jitters over the vote.