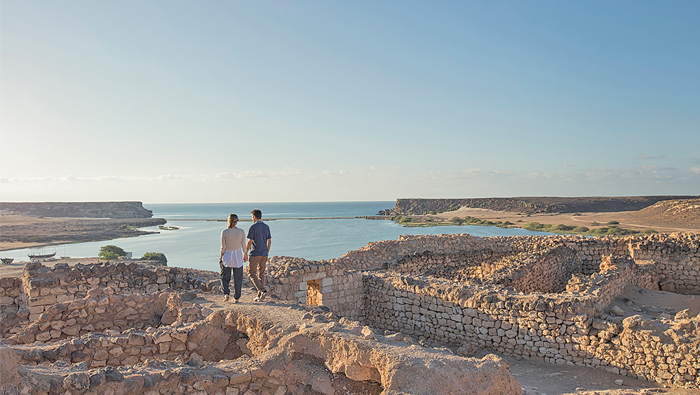 Muscat: The Ministry of Tourism launched a major campaign, both within and outside the Sultanate, promoting the Khareef season in Dhofar governorate.
Read also: More than 10,000 visitors to Salalah for Khareef in four days
This is part of the ministry’s efforts to promote the tourist season in the governorate, as the Khareef season continues until September 21.
Salem bin Oday Al Ma’amari, Director General of Promotions at the Ministry of Tourism, said the ministry has been promoting the Khareef season in Dhofar governorate and the Sultanate throughout the year through its foreign offices, especially in GCC countries.
It has also participated in international tourism conferences, exhibitions and marketing events. The tourism sector in Oman is attracting increasing number of visitors, he said, noting that the number of hotels being built has increased.
Al Ma’amari noted that the Khareef season in Dhofar governorate was one of the top priorities in the ministry’s promotional schemes within the GCC countries, and is meant to attract a larger share of Gulf tourists in the summer season. Dhofar has moderate weather and provides an opportunity to enjoy tourism with the entire family.
He said that the promotional campaigns, which were carried out mainly in the United Arab Emirates (UAE), Saudi Arabia, Kuwait, Qatar and Bahrain, were varied.
It held several rounds of meetings with tourism firms in GCC countries to promote the Sultanate and the Khareef season in Dhofar. It also ran marketing campaigns through international television channels and radios of Gulf countries.
The ministry also launched promotional campaigns in movie theatres throughout the UAE, Qatar and Kuwait, finding it to be one of the most effective marketing options. Additionally, it launched marketing drives on social media platforms. Al Ma’amari also said that the ministry was working on an advertising programme with a transport company to promote Dhofar governorate and other tourist sites, providing transportation using the company’s buses.
This advertising campaign will begin in the coming weeks.