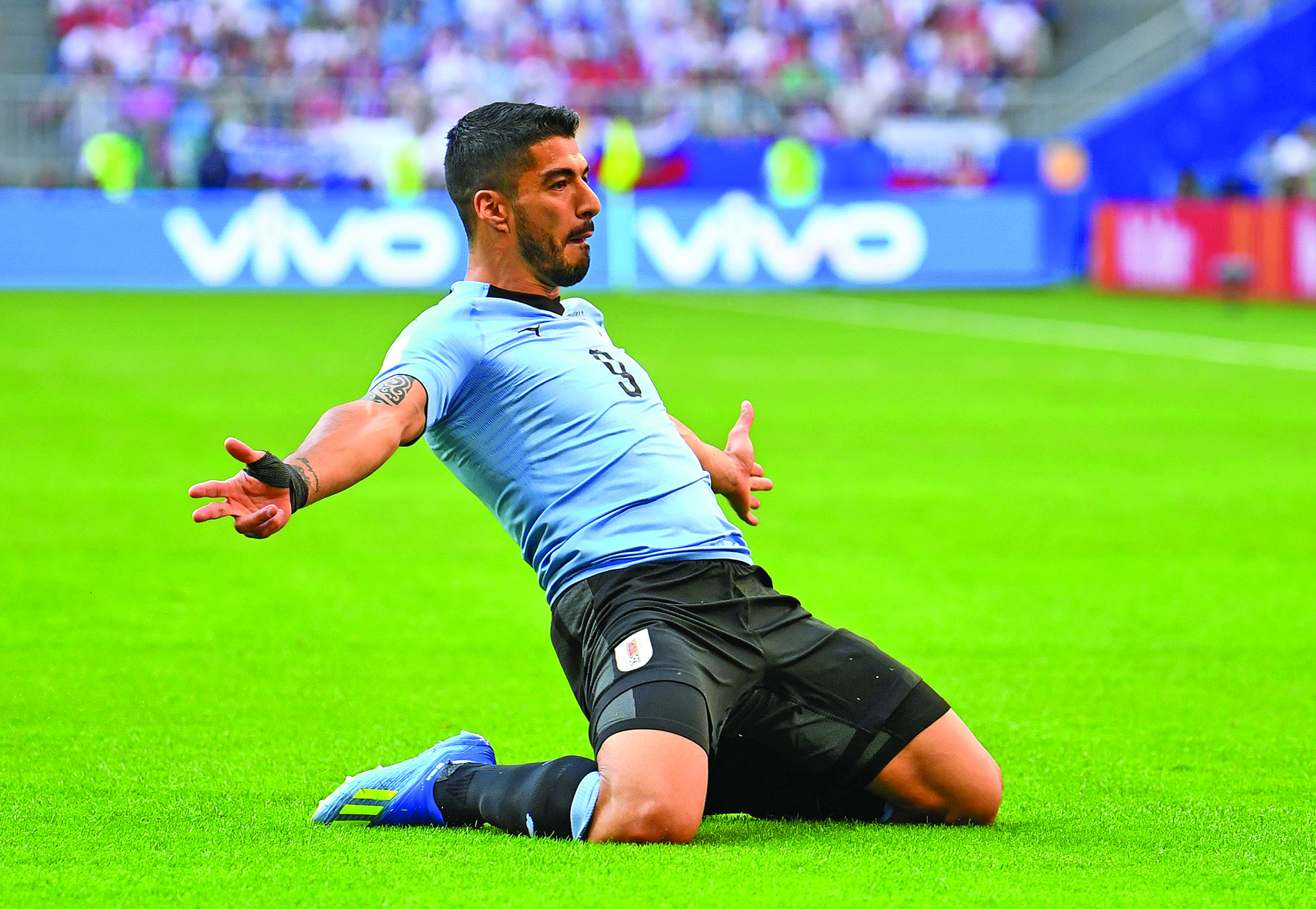 SAMARA, Russia: Uruguay burnished their World Cup credentials with a 3-0 victory over 10-man Russia on Monday, finishing top of Group A with a perfect record while dampening the hopes of the tournament hosts, who had to settle for second.
Luis Suarez grabbed his second goal of the tournament to open Uruguay's account with a free kick after 10 minutes and they doubled the lead with an own goal from Russia's Denis Cheryshev soon after.
That silenced a vociferous home crowd who had been in party mode after Russia's opening two victories and were not expecting their final group contest to be effectively ended in the 36th minute when Igor Smolnikov was sent off for a second booking.
Edinson Cavani bundled home a third goal for Uruguay at the death to wrap up their third straight victory, ensuring they finished above the Russians, who will now have to face the winners of Group B in the last 16.
Uruguay, who kept their sixth straight clean sheet, will face the runners-up from that group, which will be decided when Spain, Portugal and Iran battle it out for two last-16 spots later on Monday.
While Russia had confounded those who predicted a group stage exit with resounding victories over Saudi Arabia and Egypt, there was still a question mark over how they would perform when they faced stronger opposition.
Smolnikov's sending off may have ended Russia's hopes but in truth the encounter had already swung decisively against them by that point.
They went behind in sweltering conditions at the Samara Arena when Suarez struck a low free kick into the bottom corner that should have been easy pickings for Russia keeper Igor Akinfeev.
Sadly for the home fans, who had created a deafening din in the opening minutes, Akinfeev inexplicably vacated his bottom left corner, moving back to the side of the goal his wall was guarding and leaving space for Suarez to stroke the ball home.
It was Suarez's second of the tournament and seventh World Cup goal overall for Uruguay, with only Oscar Miguez having scored more for the South Americans with eight.
Russia doubled their lead in the 23rd minute when Diego Laxalt's shot from the edge of the area deflected off Cheryshev, leaving Akinfeev wrong-footed.
It should have been 3-0 before Smolnikov departed, but Akinfeev made a good save to deny Rodrigo Bentancur when the midfielder was played through by Suarez.
With their job done, Uruguay took their foot off the pedal in the second half and only added to their lead in the 90th minute when Cavani finished from close range after Diego Godin's header was saved.
Russia battled valiantly and had a penalty appeal turned down after a VAR consultation late in the game, but there was little else to cheer the home fans.