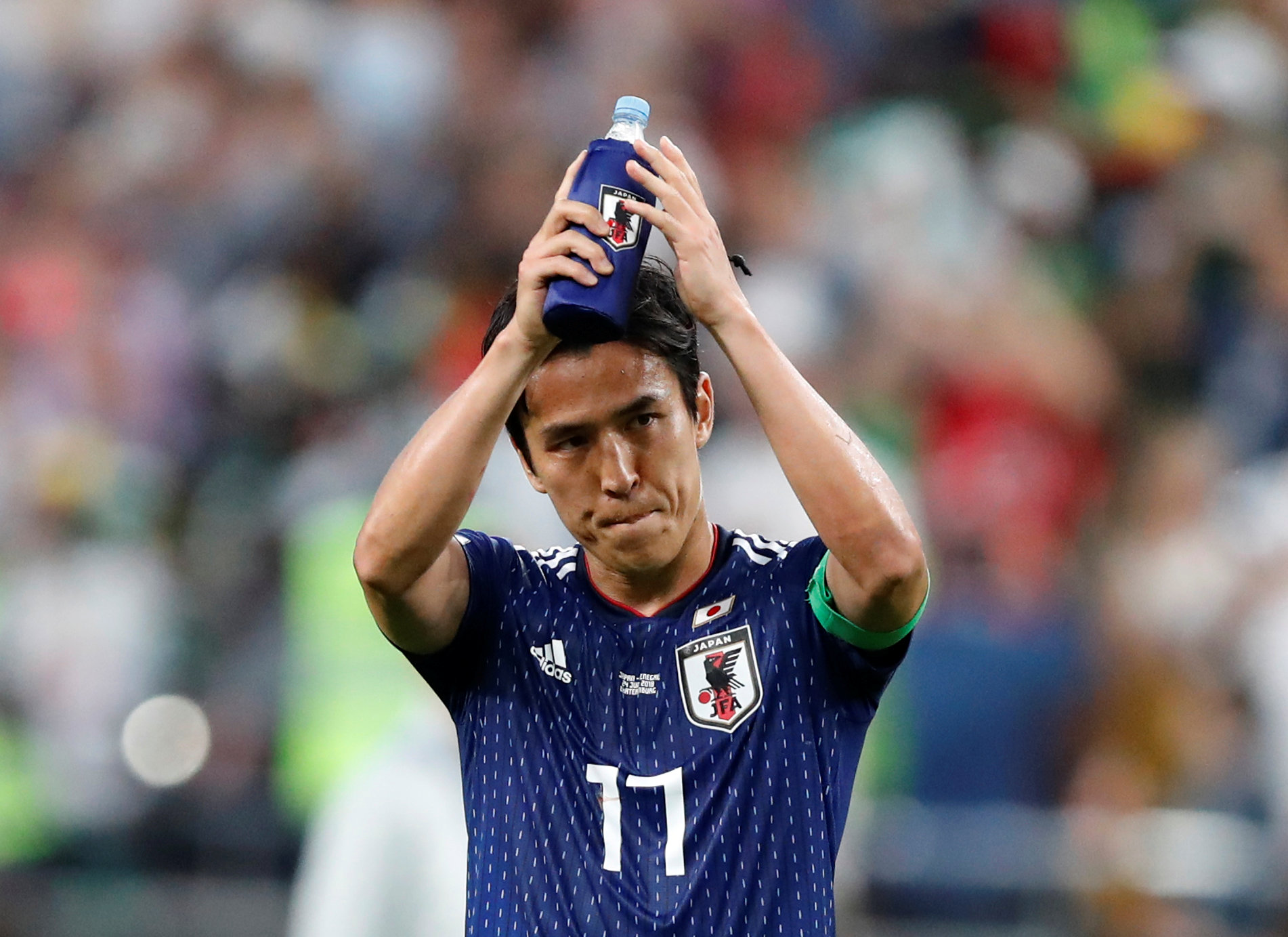 KAZAN, Russia: Japan's only planning is for victory against already eliminated Poland and the Blue Samurai will not think about playing for a draw to qualify for the World Cup's knockout rounds, according to captain Makoto Hasebe.
Japan's 2-2 draw with Senegal on Sunday left them top of Group H but level on four points and goal difference with the Africans, with Colombia on three.
One point against Poland would be enough for Akira Nishino's side to reach the last 16 for the third time, regardless of what happens in the Colombia-Senegal match which will be played at the same time on Thursday.
"Japan are not the kind of team that can aim for a point and go and carry that plan out," Hasebe told Japanese media on Monday, on a sweltering day at their Kazan training base.
"I think we have to focus on getting three points rather than make calculations. We have four points after two games but we haven't accomplished anything yet."
Japan could still go through even with a defeat against Robert Lewandowski-captained Poland in Volgograd, but would need Senegal to upset the Colombians, who returned to form with a sparkling 3-0 win over the Poles.
"There will be people on the bench that know what is going on in the other game and they will convey that to us," Hasebe said.
"But the most important thing is that the team focuses on the performance."
Against Senegal, Nishino stuck with the same 11 that beat a 10-man Colombia 2-1.
"The players that haven't played so far really want to see some action and deliver. You can feel that but it is the coach that has to think about that," said Hasebe.
The top two teams in Group H will face either Belgium or England in the last 16.