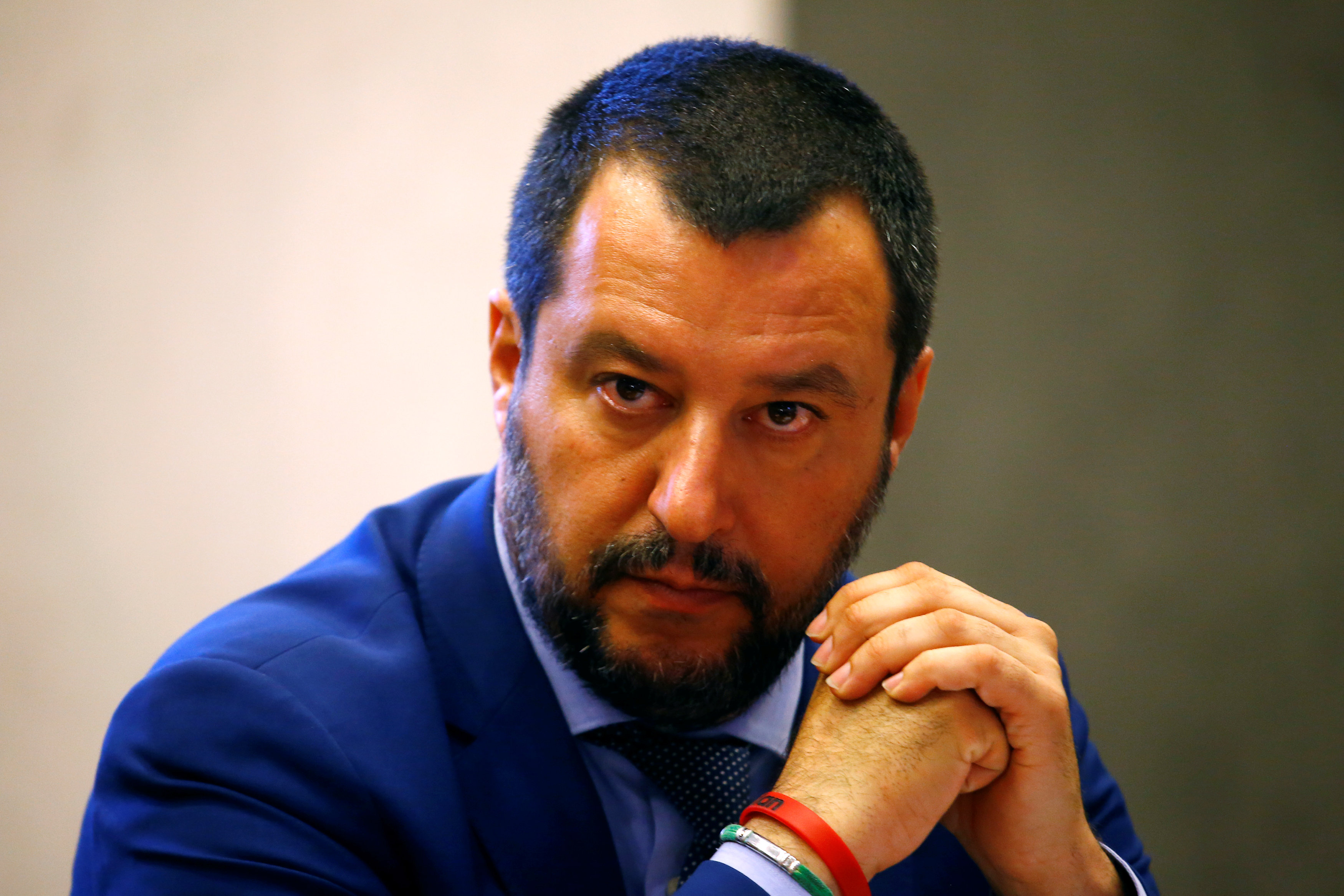 Tripoli: Italy's anti-immigration interior minister said on a visit to Libya on Monday he had proposed setting up migrant reception centres at Libya's southern borders to help stanch a flow of migrants across the Mediterranean Sea to Italy.
Matteo Salvini, whose far right League party has campaigned to bar migrants fleeing Africa and expel those already in Italy, and has been in a governing coalition since the start of June, did not say in which countries such centres could be located.
Libya has been the main departure point for migrants trying to reach Europe by sea since routes from Turkey were largely shut following a deal with the European Union in 2016.
Almost all arrive in Italy though crossings have fallen sharply last July as smuggling networks were disrupted under heavy Italian pressure and Libya's EU-trained coastguard stepped up interceptions.
"Reception and identification centres should be set up (in or to) the south of Libya," Salvini told reporters after meeting Libyan Interior Minister Abdulsalam Ashour and deputy Prime Minister Ahmed Maiteeg in the capital Tripoli.
Salvini said such centres would ease pressure on both Libya and Italy. He gave no details, but appears to envisage the centres as a way to process asylum requests outside the EU in order that those deemed not eligible can be quickly sent back to their home countries.
Salvini thanked the Libyan coastguard for the "excellent work" in rescuing and intercepting migrants and said the two countries were in "full agreement" over immigration.
However, Maiteeg, part of an internationally recognised government that has struggled to impose its authority on Libya from Tripoli, said that while it was ready to tackle migration, "we completely reject any migrant camps in Libya".
"This is not allowed under Libyan law and regulations."
It was unclear how viable it could be to set up migrant reception centres in the area mentioned by Salvini given general lawlessness in the Sahel desert region and its poorly demarcated borders, making it fertile ground for people smugglers.
Interceptions of migrant-laden boats by Libya's coastguard have surged over the past week.
But the interceptions have been criticised by human rights activists because of the dire conditions facing migrants in Libya, where they say they often face physical abuse including torture and rape.
Salvini has said Italians are fed up with the unwillingness of other EU countries to take in a fair share of migrants that reach the bloc via Italy. He has vowed not to let charity ships operating off Libya in recent years disembark migrants in Italy.
One such vessel with more than 600 migrants on board was stranded before it was accepted by Spain; a second vessel carrying more than 230 migrants is stuck in the Mediterranean.
A private cargo ship, the Alexander Maersk, has also been waiting to be assigned a port since it picked up 113 migrants off southern Italy on Friday.
"We'll do all we can to make sure it's the Libyan authorities that patrol Libyan waters," Salvini said, "by blocking the interference of associations (NGOs) that want to take the place of governments and actually help criminals and human traffickers.
"The problems of Libya need to be solved in Libya and not in other European capitals."
Since Mediterranean arrivals rocketed in 2015, when over a million refugees and migrants reached the bloc, EU leaders have been at odds over how to handle them. The feud has weakened their unity and undermined Europe's Schengen free-travel area.
Under largely Italian pressure, 16 EU leaders had emergency talks on Sunday but failed to agree a joint solution. Chancellor Angela Merkel of Germany, favoured destination of many migrants, said she would seek direct deals with separate EU states.
Just over 11,000 migrants have arrived in Italy from Libya so far this year, a drop of more than 80 per cent compared with the same periods in 2016 and 2017, according to the Italian interior ministry.