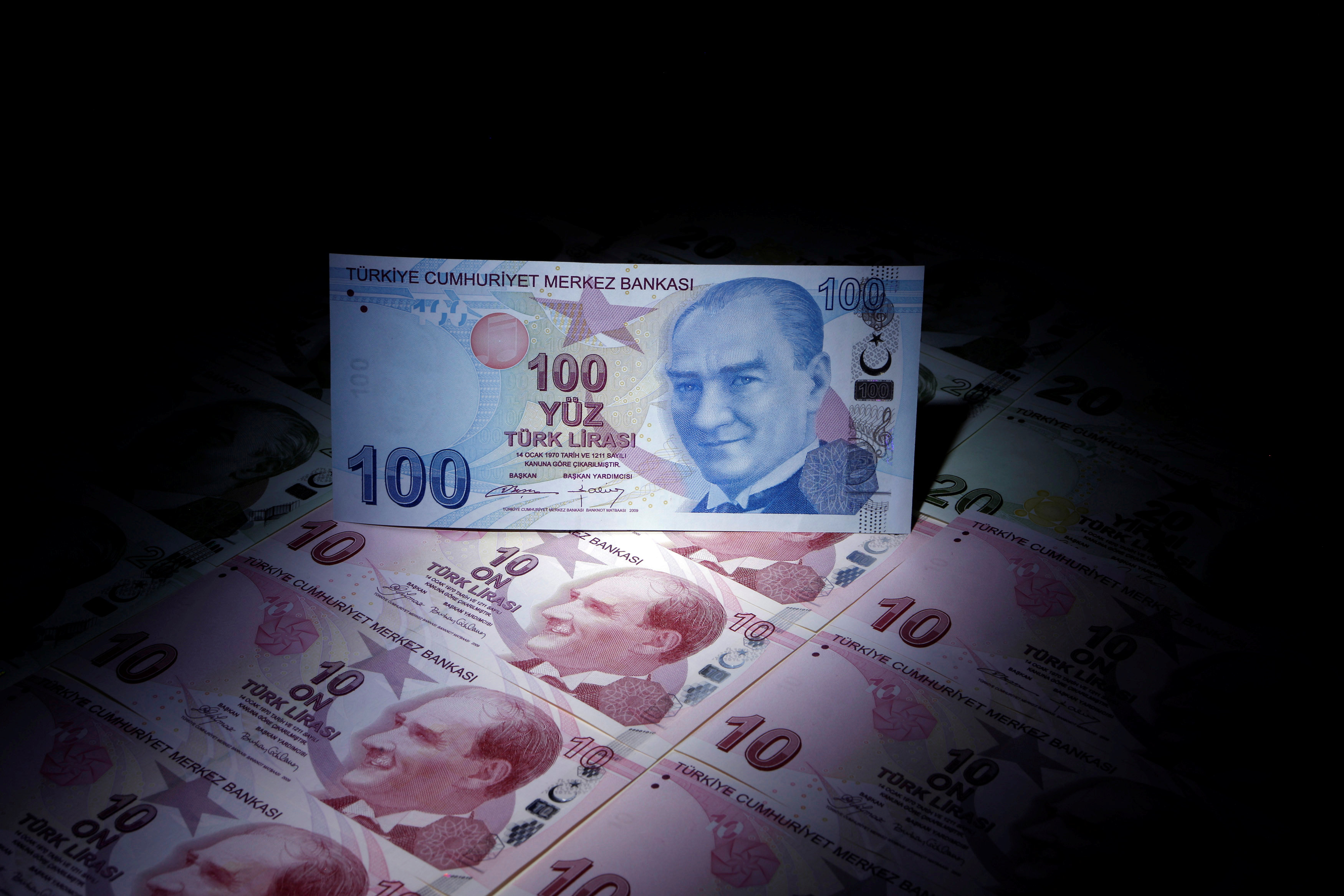 Istanbul: Turkish markets surrendered early gains on Monday as concerns over the direction of economic and monetary policy weighed on sentiment after President Tayyip Erdogan and his AK Party won presidential and parliamentary elections.
Erdogan emerged triumphant overnight from his biggest electoral challenge in 15 years, giving him the sweeping executive powers he has long sought and extending his grip on the nation of 81 million until at least 2023.
The lira weakened slightly to 4.6695 against the dollar by 1006 GMT with volatile trade from Friday's close of 4.6625. It had firmed to as much as 4.5375 in early trade.
"In the short term, markets may be relieved that a period of political instability has been avoided," said Jason Tuvey, senior emerging markets economist at Capital Economics.
"But any rally could quickly go into reverse if President Erdogan uses his strengthened position to pursue looser fiscal and monetary policy, as we fear is likely."
The main BIST 100 stock index was flat at 95,818 points, having opened more than 3.5 per cent higher. The 10-year benchmark bond yield rose to 16.38 per cent from Friday's close of 16.29 per cent, while the two-year yield fell to 18.98 per cent from 19.18 per cent.
Turkey's dollar-denominated bonds maturing 2022 and beyond gained, with the 2040 issue chalking up its biggest daily gains since 2013.
Erdogan took 52.6 per cent of the vote in the presidential race, with almost all votes counted.
His AK Party took 42.5 per cent in the parliamentary election and its nationalist allies beat expectations with 11.1 per cent, giving their alliance a legislative majority.
Investors welcomed the prospect of a stable working relationship between the president and the new parliament, although concerns remained over Erdogan's policy promise.
The lira has lost 18 per cent against the dollar this year, mainly due to worries about the central bank's independence in the face of increased influence from Erdogan, who wants lower interest rates to boost economic growth.
"The president has promised to force down interest rates. These comments suggest that the central bank's monetary policy independence remains at risk. Additionally, fiscal pressures may continue ahead of March 2019 local elections," said Phoenix Kalen, a strategist at Societe Generale in a note to clients.
Turkey's central bank has delivered 500 basis points of tightening since late April as it seeks to put a floor under the lira in the face of double-digit inflation.
Piotr Matys, an emerging markets FX strategist said markets would be sensitive to any fresh comments by Erdogan on the role of the central bank and indications of political interference.
"Looking further ahead, Turkey requires structural reforms to reduce its chronic reliance on speculative capital inflows to finance the current account deficit," he added.