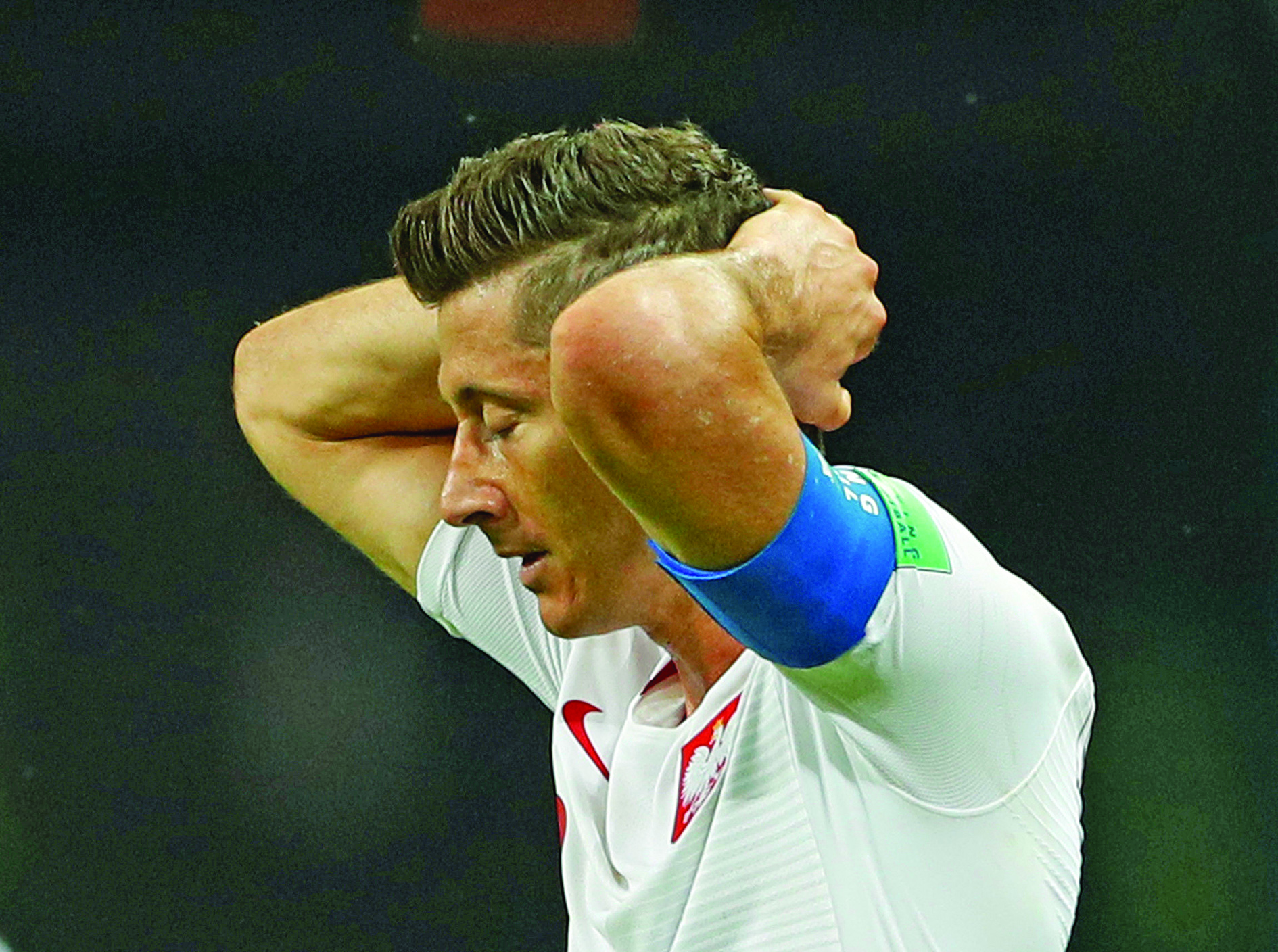 KAZAN, Russia: When Robert Lewandowski gave club mate James Rodriguez a big hug after Poland were eliminated from the World Cup by Colombia on Sunday, it must have given him a bittersweet reminder of the sort of service he gets at Bayern Munich.
With the likes of Rodriguez, Frank Ribery and Thomas Mueller on hand to create chances, Lewandowski has managed 106 Bundesliga goals in four seasons and established himself as one of the most prolific strikers in the game.
He has been in a rich vein of form at international level too, leading Poland to the finals with 16 goals, including hat-tricks against Gibraltar, Georgia and Armenia, in 10 qualifiers to help take his total tally to 55.
"Hello my brother James Rodriguez," the 29-year-old Tweeted after the draw last December paired Poland and Colombia in Group H. "I remember your great goals during the last World Cup. I hope you remember mine from Russia."
Sadly, unless he manages to grab a hatful against in the final group match against Japan on Thursday -- a dead rubber for the Poles -- Rodriguez will have nothing to remember at all.
Playing at what could his first and last World Cup, Lewandowksi drew a blank in his first two matches in Russia, lending credence to doubts about his ability to score goals on the biggest of stages.
He mustered only one goal at Euro 2012 and another at Euro 2016 as the Poles reached the quarter-finals, while his record in the latter stages of the Champions League for Bayern is also patchy.
Obviously the subject of much attention from opposition defences, Lewandowksi was shackled by the Senegalese in Poland's opening 2-1 loss and similarly man-marked, often by two or more defenders, by Colombia in the 3-0 defeat.
While Rodriguez provided assists for two goals at the other end of the Kazan Arena, what was quickly apparent was that Poland's tactics were limited to hoofing long balls in their captain's general direction.
Lewandowksi effectively had two chances -- his first touch letting him down with one, and Colombia goalkeeper David Ospina tipping the second, a thumping drive, over the bar.
"I was alone, we fought, I fought, I did everything I could," he told Polish TV in some brutally candid comments after the match.
"But fighting is not enough to win World Cup matches, you also have to have quality, and we had too little of that."