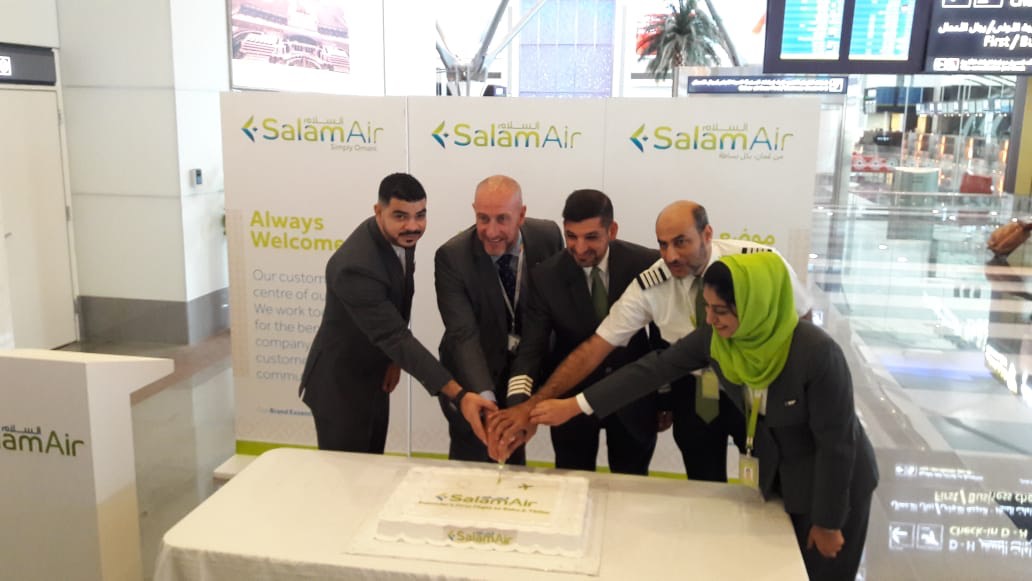 Muscat: SalamAir officially inaugurated its new routes to the Azerbaijani capital of Baku and Tblisi in Georgia on Sunday and Monday respectively.
The Sultanate's budget airline began operating flights to Baku on the 14th of June and to Tiblisi on the 15th of June.
Addressing the reasons for the airline deciding to open these new routes, Captain Mohammed Ahmed, CEO of Salam Air, said "Baku and Tiblisi are popular destinations, however previously people from Oman had to go through another country to transit to get there. Now they are able to reach within a much shorter space of time — three hours."
"We have already operated four flights to Tiblisi and we have noticed a very good demand from Muscat to these two destinations," explained Majid Al Qasabi, International Sales Manager at SalamAir.
**media[892532]**
The addition of these two new routes is expected to see an increase in tourism to the Sultanate, with Al Qasabi quoted as saying "we look forward to welcoming tourists from Georgia and Azerbaijan and we are working very closely with our trade partners to promote Oman."
"These direct flights are going to help tourism in the country boom."
He added that SalamAir was working closely with Oman's Ministry of Tourism to liase with tour operators in both Georgia and Azerbaijan.
SalamAir is operating three flights per week to each of the two destinations over the summer, with Al Qasabi explaining that due to the fact they are summer destinations, the airline would review demand later in the year in order to determine whether to keep the flights during the winter months.
In addition to these two new destinations, the airline is looking to exoand by launching flights to Dhaka, Najaf and Kathmandu.
Al Qasabi also touched upon SalamAir"s future expansion plans by saying "the more we expand, the more we will hire. Today we welcomed trainees from Sultan Qaboos University and GU Tech, who we are going to train for between five weeks and two months."
Upon arrival in Baku, a ceremony was held to welcome SalamAir, with Captain Mohammed Ahmed remarking "I hope that everyone here will one day be able to fly back with us to see the beautiful city of Muscat."
He was keen to stress the fact that this flight, along with the previous few flights operated to Azerbaijan had been full, suggesting that this was a sign of the fact that the destination was already extremely popular for people from Oman.
A similar such conference was held in Tblisi on Monday, to mark the official inauguration of SalamAir's Georgia route.
Captain Mohammed Ahmed used the opportunity to explain that the budget airline had been looking to expand its current destinations, with Tblisi being one of its first choices.
"We know that Tiblisi has a lot to offer. It's not only a tourist destination but also as a business destination."