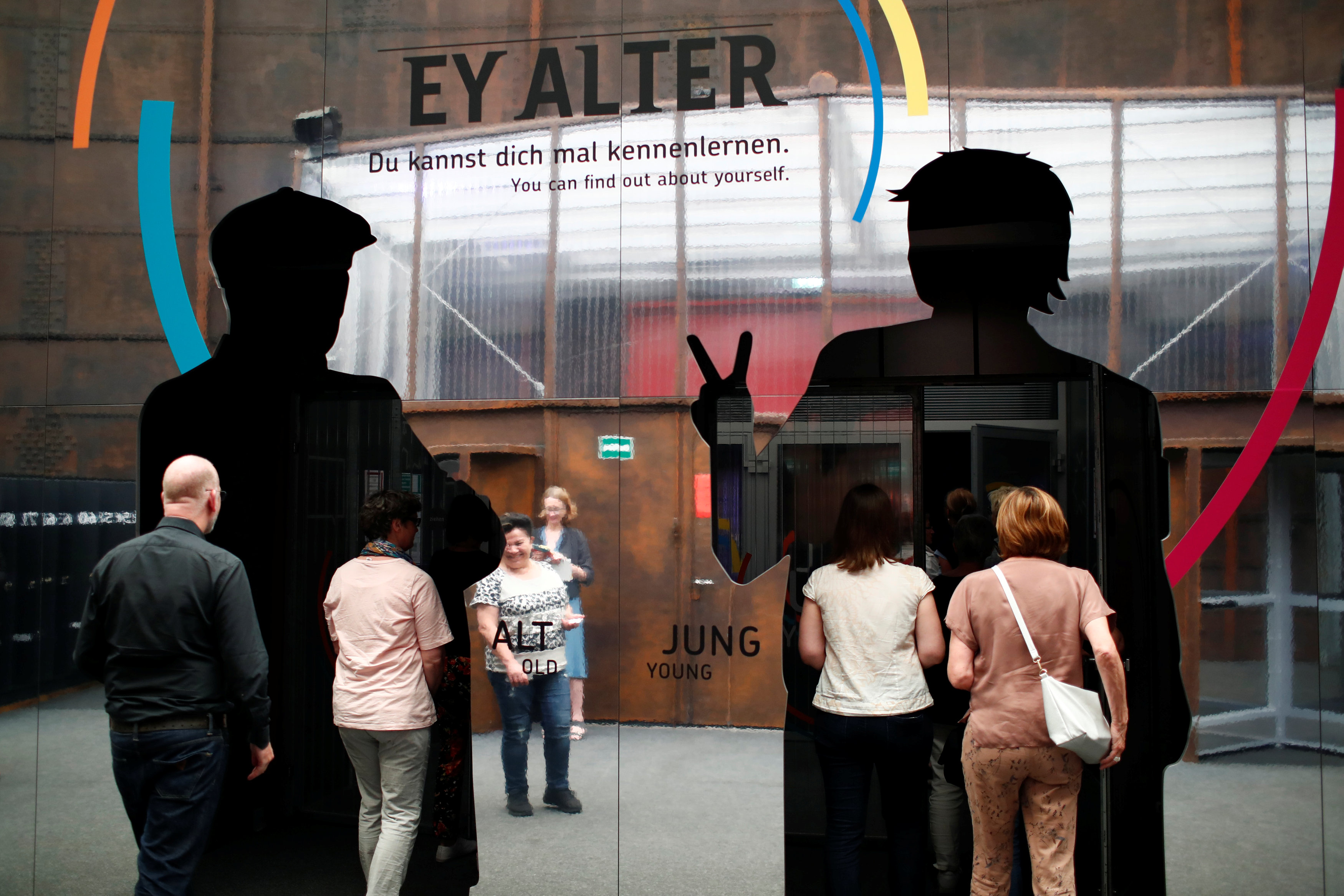 Berlin: Too slow, inflexible, forgetful, always off sick. Those are some attitudes about older workers that carmaker Mercedes-Benz is trying to dispel as Germany grapples with the challenges of an ageing society.
The luxury brand owned by Germany's Daimler AG is waging a company-wide campaign to combat those mistaken impressions. "We wanted a paradigm shift in attitudes," said Sylvia Huette-Ritterbusch, a Mercedes personnel expert whose job is to decide what skills the firm will need in future.
One initiative Daimler has developed is an exhibition to challenge stereotypes about ageing. It has already been visited by 80,000 people, including 2,500 of its factory managers and has now been brought to Berlin and opened to the public.
Visitors are asked to choose between the "young" or "old" door to enter the exhibition. Many retired visitors, who obviously feel young at heart, come in through the "young" door.
Once inside, you can take tests to measure memory, balance, ability to work in a team, the tightness of your grip, how high you can jump and how easily you can relax.
It turns out that this correspondent, real age 45, has a biological age of 36, but 119 years of life experience.
The initiative has been championed by Mercedes production head Markus Schaefer, who says: "Many prejudices about ageing are long out-of-date. Every age has potential... age diversity means diversity of experience, perspectives and new ideas."
The average age of Daimler's 136,000 employees in Germany is 44.7 years.
Rival carmaker BMW expects workers aged over 50 to make up more than 35 per cent of its workforce by 2020, from 25 per cent in 2014.
Germany faces a serious skills shortage as the post-war "baby boomer" generation retires. The working-age population is expected to shrink by some 2 million by 2030.
The shortage of workers is costing the economy up to 0.9 percentage points of output a year, the IW German Economic Institute said recently.
The German government has moved to discourage people from retiring early and the pension age is scheduled to rise gradually from 65 to 67 by 2030.
"Companies know it is not so easy attract young workers. They are realising they can't do without some of the baby boomers and will try and hang onto them," said Andre Schleiter, a demographics expert at the Bertelsmann Foundation think tank.
In addition to the exhibition, Mercedes has introduced demographic audits across the company to encourage employees and management to openly discuss the age structure of their teams and address ways to promote cooperation between young and old.
Initiatives that have come out of that process include the launch of a corporate video platform where older workers can post YouTube-like tutorials on complex working processes to pass on their expertise to the next generation.
The company has also launched formal joint toolmaking training for teenage apprentices and employees aged over 50 and is testing ergonomic tools, such as an exoskeleton which reduces muscle strain for workers installing parts overhead.
Other ideas include a system to help workers swap shifts more easily; allowing older staff to work part-time as they approach retirement and hiring retirees for short-term projects.
"People don't want to be on or off," said Huette-Ritterbusch.
Mercedes is not alone in seeking to address the challenge of an aging population.
German tech company SAP runs a "mature talents" programme which promotes two-way mentoring between experienced employees and younger colleagues, as well as a structured knowledge transfer process before older staff members retire.
BMW has taken steps including installing wooden floors to soften the impact on workers’ knees and rotating jobs during shifts so staff avoid too many repetitive movements.
Company initiatives and government policies seem to be bearing fruit: the employment rate among those aged 55 to 60 has risen sharply in the last decade. Germany now has one of Europe's highest rates of older people working.
"Companies are investing more systematically in people over 50 because it is clear that there aren't enough young people coming up with qualifications," said Schleiter. "In coming years, more companies will make a bigger commitment to 55-year-olds who still have another 12 years to work."