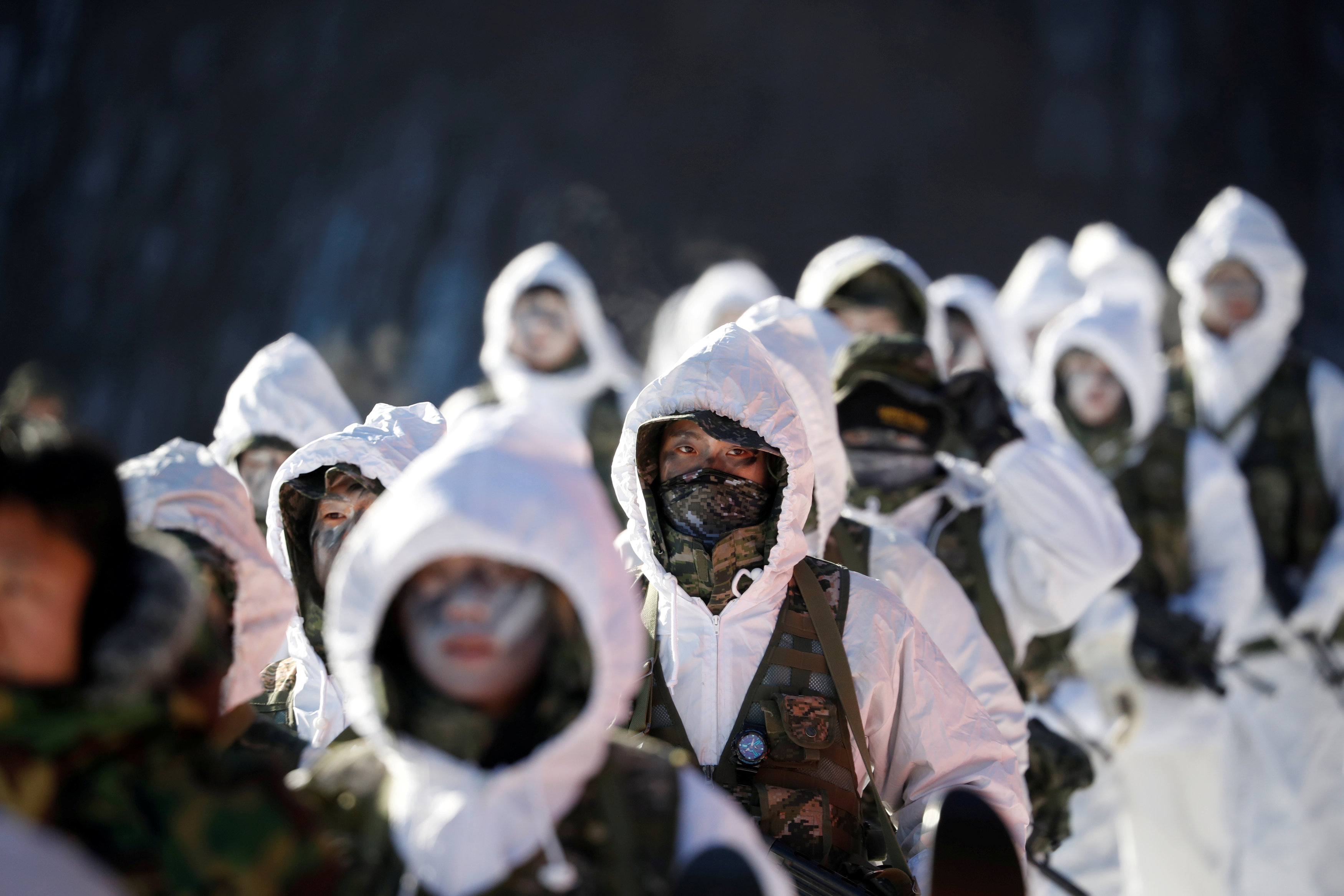 Washington/Seoul: The United States and South Korea have agreed to suspend a joint military exercise scheduled for August, South Korean and US officials said on Monday, following President Donald Trump's pledge to end "war games" after his summit with North Korean leader Kim Jong Un last week.
"South Korea and the United States have agreed to suspend all planning activities regarding the Freedom Guardian military drill scheduled for August," according to a South Korean defense ministry statement.
A Pentagon statement confirmed the suspension and added that there would be a meeting between the secretaries of defence and state as well as Trump's national security adviser on the issue this week.
"Consistent with President Trump's commitment and in concert with our Republic of Korea ally, the United States military has suspended all planning for this August's defensive 'war game' (Freedom Guardian)," the statement said.
"We are still coordinating additional actions. No decisions on subsequent wargames have been made," Pentagon spokeswoman Dana White said. The Pentagon rarely uses the words 'war game' for joint military drills and it is a phrase more often seen in North Korean state media.
Last year, 17,500 American and more than 50,000 South Korean troops participated in the Ulchi Freedom Guardian drills, although the exercise is mostly focused on computerised simulations rather than live field exercises that use weapons, tanks or aircraft.
The US-South Korean exercise calendar hits a high point every spring with the Foal Eagle and Max Thunder drills, which both wrapped up last month.
The decision to halt military exercises in South Korea has bewildered many current and former US defence officials, who only learned about it when Trump made his remarks.
Japan's Chief Cabinet Secretary Yoshihide Suga said on Tuesday there would be no changes to joint drill plans between the United States and Japan, both of which also engage in regular deterrence exercises against North Korea.
"The United States is in a position to keep its commitment to its allied nations' defence and our understanding is there is no change to the US commitment to the Japan-US alliance and the structure of American troops stationed in Japan," Suga said in a regular briefing.
The Pentagon has yet to publicly release the cost of previous and future joint military exercises with South Korea, a week after Trump cited their "tremendously expensive" cost as a reason for halting them.
Spending data for previous military exercises in Korea and elsewhere, however, suggest that the cost of a single exercise would be in the low or perhaps tens of millions of dollars in a US military budget this year of nearly $700 billion.
In response to repeated requests for cost data, Pentagon spokesman Lieutenant Colonel Christopher Logan, said: "We are currently evaluating the costs of the exercises."
Calculating the cost of military exercises is a complicated process, often requiring data from different branches of the military and spread over several budgets over different years.
Troops who would have been involved in the exercises would still require training and certification, which would still cost money, said Abraham Denmark, a former deputy assistant secretary of defence for East Asia under President Barack Obama.
"To me, the idea of this as a cost saving measure doesn't really make much sense," Denmark said.