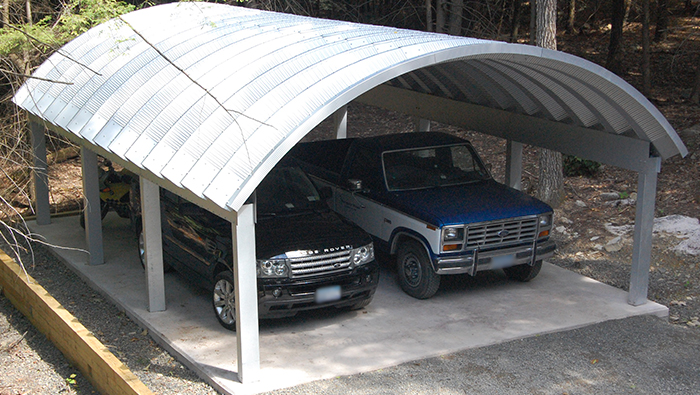 Muscat: Residential building owners who build parking sheds will now have to pay at least OMR60 if the shed is placed beyond the boundary of their land, Muscat Municipality has announced.
His Excellency Mohsin Al Sheikh, Chairman of Muscat municipality, issued ministerial decision no. (95/ 2018) regulating the construction of parking sheds that are in front of residential buildings.
Article 2 of the decision states that “it is not permitted to install a parking shed in front of a residential building that goes beyond the boundaries of the plot, before obtaining a licence (a written approval issued by the municipality).
If the owner receives a permit, they will need to pay a one-time fee of OMR60 per parking space.
An official from Muscat Municipalities told Times of Oman that this decision was made to stop people from building sheds that disrupt traffic. “When owners put-up sheds that go beyond the boundaries of their plot it causes problems for other vehicles. We have seen cases where trucks collided with sheds, because they could not pass along roads,” the official said.
“This decision only applies to owners who build sheds after the date of implementation,” the official added. Also, residential buildings on main or dual carriage roads can no longer build parking sheds, according to Article 6 of the decision. Failure to comply with the new ruling will lead to a fine of OMR100, in addition to the removal of the shed by authorities.
“And in the event that the violation is not corrected within the period determined by the Municipality, a delay penalty of OMR 10 shall be imposed for each day.”
The license shall be issued subject to the following regulations:
1. That the land on which the building is built must be for residential use only.
2. The minimum distance between the outer wall of the building and the street must be (4.5m), if it is less, then the area of the sun shed should parallel the street.
3. The number of sheds must not exceed four per residential building, or 50 per cent of the length of the outer wall of the building, whichever is less.