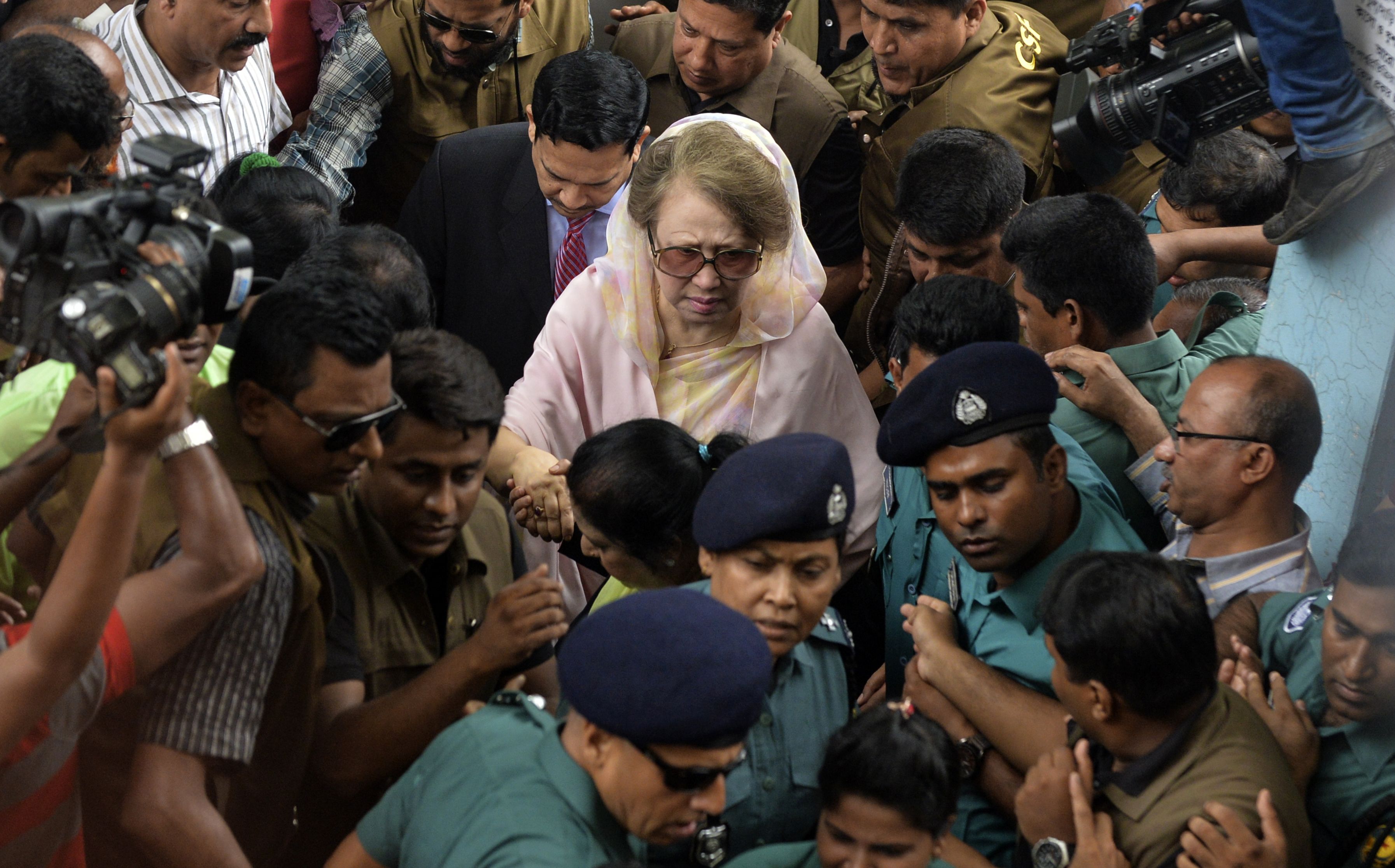 DHAKA, April 5 (Reuters) - A former Bangladeshi prime minister surrendered to a court on Tuesday in connection an arrest warrant over a deadly fire bombing attack on a bus. She was granted bail, a prosecutor said.
A court issued a warrant for opposition leader Khaleda Zia on March 30 in connection with the attack on the bus last year as her supporters tried to enforce a transport strike as part of efforts to bring down the government.
Khaleda, 70, surrendered before the court under tight security in the capital, Dhaka.
"The court granted her bail considering her age and physical condition," public prosecutor Abdullah Abu told reporters.
More than 120 people were killed and hundreds injured last year during opposition transport blockades and strikes aimed at toppling the government of Prime Minister Sheikh Hasina.
Two people were killed and 30 injured in the bus attack that Khaleda is wanted for.
Khaleda did not speak to reporters at the court.
She has not commented publicly on the warrant against her and 27 leaders and activists of her Bangladesh Nationalist Party. The party has dismissed the accusation as politically motivated.
Bangladeshi politics has been mired for years in rivalry between Hasina and Khaleda. Both women are related to former national leaders, and they have alternated as prime minister for most of the past two decades.
While the women feud, their Muslim-majority country of 160 million, has seen a surge in Islamist violence in which liberal activists, members of minority Muslim sects and other religious groups have been targeted.
Hasina has blamed the violence on the BNP and a main ally, the Jamaat-e-Islami, many of whose leaders have been prosecuted for war crimes during a 1971 war of independence.
The opposition denies involvement in the Islamist violence. (Reporting by Ruma Paul; Editing by Robert Birsel)