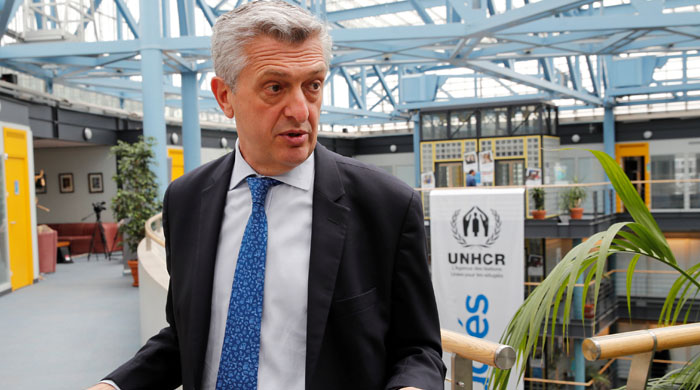 Geneva: UN refugee chief Filippo Grandi urged the European Union on Wednesday to sort out its "shameful" refugee policy after both Italy and Malta turned away a ship carrying hundreds of migrants.
Some 629 migrants, mostly from sub-Saharan Africa, have been in the central Mediterranean since Sunday aboard the Aquarius, a vessel operated by SOS Méditerranée, a Franco-German charity that tries to rescue people making the risky crossing to Europe.
The episode, coming a week after the installation of Italy's new anti-establishment government, has heightened tensions within the European Union over migration.
"It’s very clear that Europe needs to reform its asylum system in a collective manner; there’s a lot of resistance to that but there’s no other way," Grandi said.
Italian Interior Minister Matteo Salvini told Wednesday's Corriere della Sera newspaper that ships belonging to foreign organisations and flying foreign flags could not dictate Italy's immigration policy.
Grandi applauded Spain for agreeing to take the ship, but noted that Italy had borne the greatest burden of migrants arriving from Libya over the past few years.
"There has to be a system to share more equitably the responsibility of allowing this boat to dock and then to go through the process of determining who’s a refugee and who’s not," Grandi said.
"Italy is right to say that this has to be shared more widely." Grandi said that, even if the European Union succeeded in helping transit countries to manage the migrant flows before they arrive in Europe, "some people will continue to want to seek asylum in Europe".
"That has to be shared, otherwise it won’t work," he said.