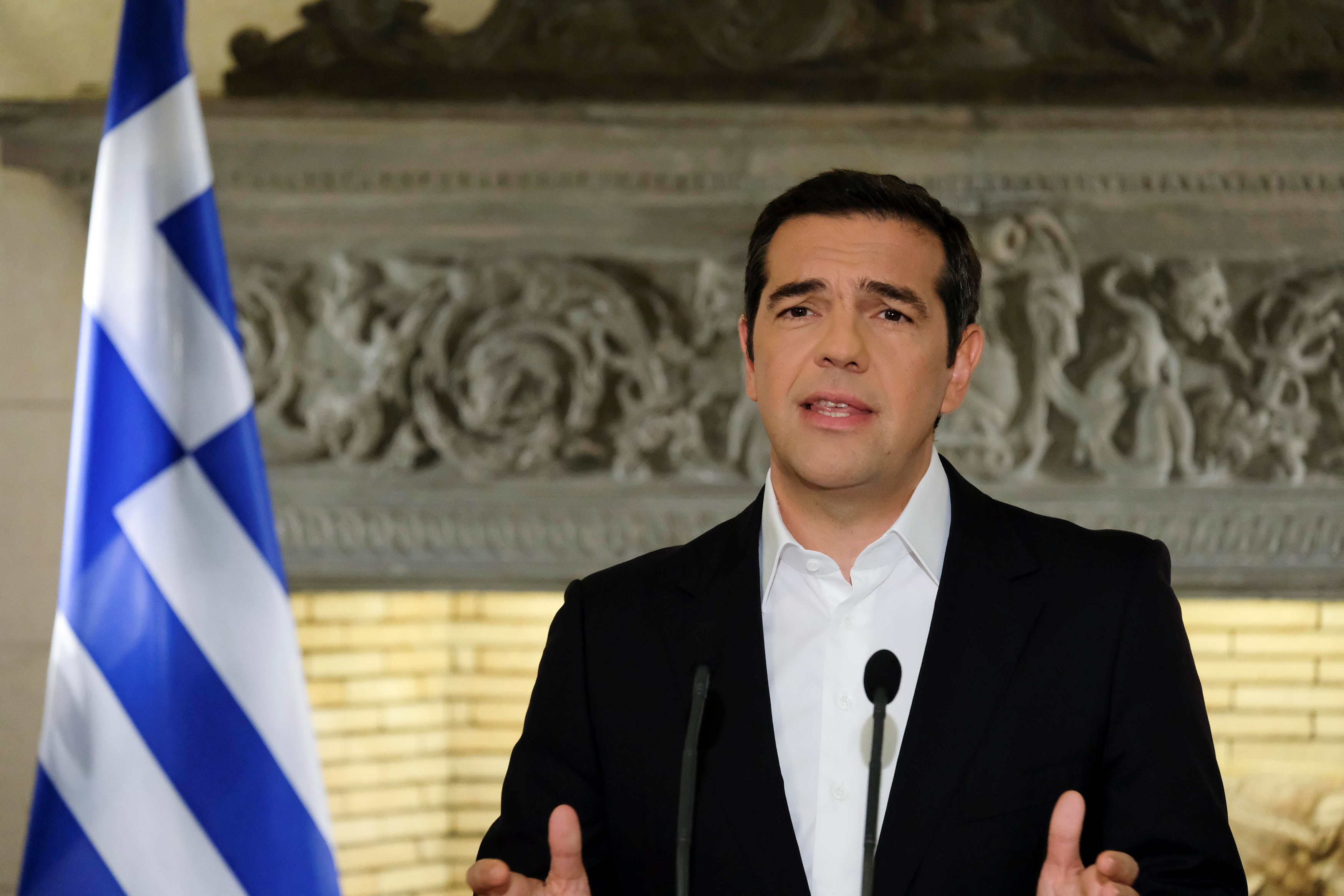 Athens: Greek Prime Minister Alexis Tsipras was accused on Wednesday of surrendering part of his nation's identity, as a deal he struck to settle a name dispute with Macedonia prompted a barrage of criticism from opposition politicians and media.
Under the agreement announced by Athens and Skopje on Tuesday, the Balkan state known as Former Yugoslav Republic of Macedonia" would henceforth be called the "Republic of Northern Macedonia".
The accord would open the way for the small nation's eventual membership of the European Union and NATO, currently blocked by Greece's objections to its current name.
But conservative opposition leader Kyriakos Mitsotakis called it "deeply problematic", because the majority of Greeks were against it and Tsipras lacked the political legitimacy to sign it.
"We are in a situation that is unprecedented in Greece's constitutional history. A prime minister without a clear parliamentary mandate willing to commit the country to a reality which will not be possible to change," Mitsotakis said.
The accord requires ratification by both countries' parliaments, and the junior partner in Greece's coalition, the right wing Independent Greeks party, has said it does not back any deal that gives away the name Macedonia.
That chimes in with the view of many ordinary Greeks, who feel the name implies territorial claims on a northern Greek province of the same name, the birthplace of national hero Alexander the Great.
The name dispute has soured bilateral relations since 1991, when Greece's northern neighbour declared its independence from former Yugoslavia under the name Republic of Macedonia.
In a front-page editorial conservative daily Eleftheros Typos called the agreement "the surrender of the Macedonian identity and language," while centre-right Kathimerini referred to "a deal with gaps and question marks".
Responding to the conservatives, Deputy Foreign Minister George Katrougkalos said the deal would put an end to the perpetuation of the name Macedonia as an identifier for the Balkan state.
"If they believe this (that the government does not have the legitimacy), they have the means... to question it with a no-confidence motion. Why aren't they doing it?" Katrougkalos told Greek Skai TV.
Centre-left daily Ta Nea newspaper said that, while the historian of the future would have the luxury of time to assess the deal, "until then one must keep in mind that there are no compromises without concessions."
Activist group The Committee for The Hellenic Identity of Macedonia said it would organise protests in Athens and northern Greece if the deal went ahead and urged lawmakers not to ratify it.
"We peacefully assert that they have no right to sign (a deal) against Greek people's will," they wrote on Facebook.
Mikis Theodorakis, who composed the music to the film 'Zorba the Greek', said the agreement would "stigmatise us forever" if it went ahead.