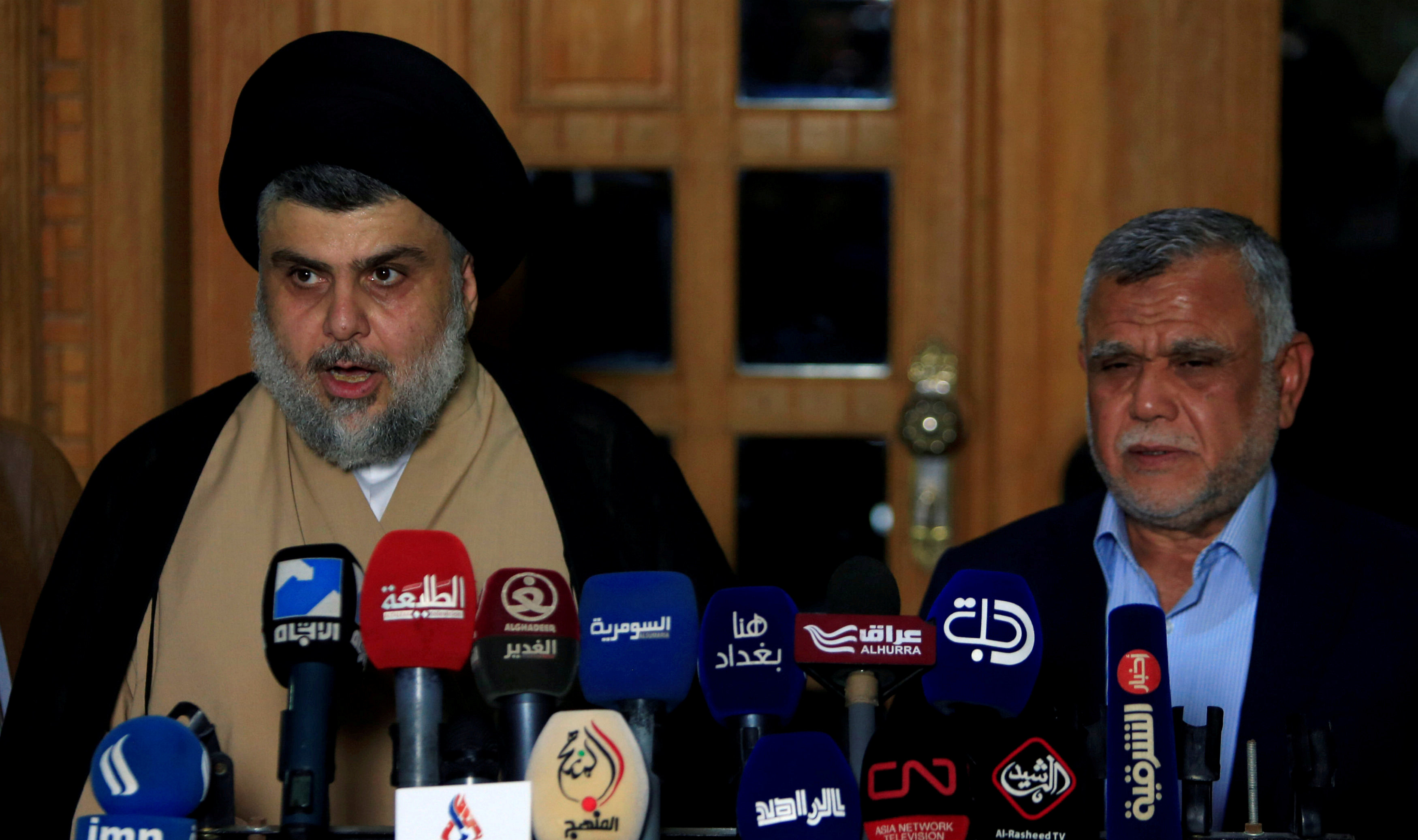 Baghdad: Iraqi nationalist cleric Moqtada Al Sadr and militia chief Hadi Al Amiri were set to lead talks on Wednesday to form a government in Baghdad after announcing an alliance of their political blocs.
Sadr and Amiri's groupings won first and second place respectively in May's election, which has been beset by allegations of fraud and raised fears of bloodshed among paramilitary groups.
They announced the alliance in the city of Najaf, an apparent attempt to project unity among leaders.
A week ago, an explosion killed at least 18 people and wounded more than 90 in Sadr's Baghdad stronghold of Sadr City district, in what the interior ministry called "a terrorist aggression on civilians".
State television reported on Wednesday that the Supreme Judicial Council had issued arrest warrants for 20 people in connection with the blast.
The Sadr-Amiri pact could ease fears of violence, which some have said could even spiral into civil war.
Amiri is one of the most powerful figures in the country.
Iraq, a key ally of the United States and major oil producer, has 150,000 heavily armed paramilitary fighters operating alongside state forces.
Sadr, who derives much of his legitimacy from his revered father, Grand Ayatollah Muhammad Sadiq Sadr, assassinated in 1999, is a formidable and unpredictable operator.
He also has street power, with a track record of mobilising tens of thousands of supporters to protest against opponents and government policies.