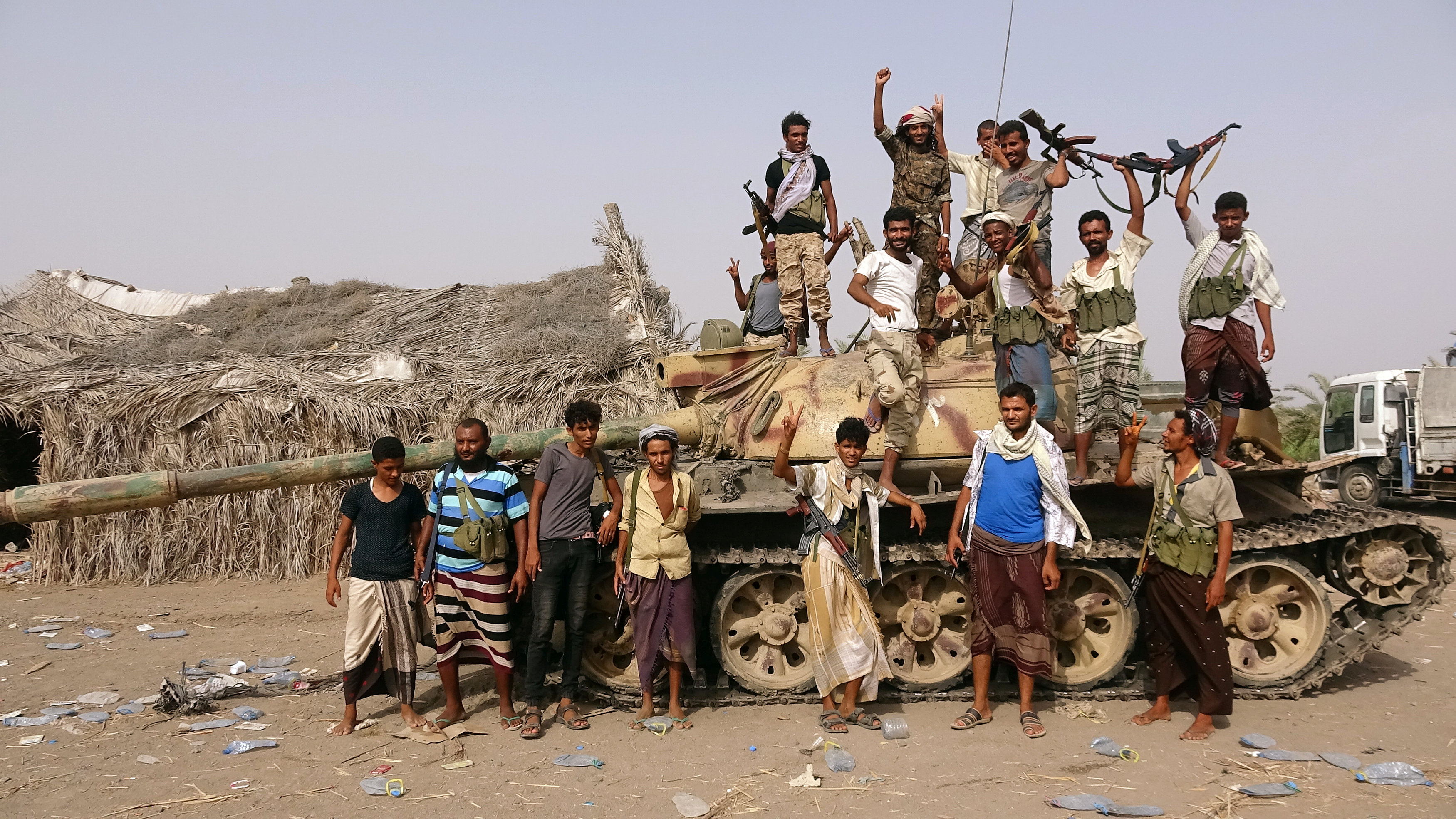 Aden: A Saudi-led alliance of Arab states launched the largest assault of Yemen's war on Wednesday with an attack on the main port city, aiming to drive the ruling Houthi movement to its knees at the risk of worsening the world's biggest humanitarian crisis.
Arab warplanes and warships pounded Houthi fortifications to support ground operations by foreign and Yemeni troops massed south of the port of Hodeidah in operation "Golden Victory".
The assault marks the first time the Arab states have tried to capture such a heavily-defended major city since they joined the war three years ago against Houthis, who control the capital Sanaa and most of the populated areas.
The Houthis had deployed military vehicles and troops in the city centre and near the port, as coalition warplanes flew overhead striking a coastal strip to the south, one resident, speaking on condition of anonymity, told Reuters.
People were fleeing by routes out to the north and west.
CARE International, one of the few aid organisations still operating in Hodeidah, said 30 air strikes had hit the city within half an hour on Wednesday morning.
"Some civilians are entrapped, others forced from their homes. We thought it could not get any worse, but unfortunately we were wrong," said CARE acting country director, Jolien Veldwijk.
Saudi-owned Al Arabiya TV quoted witnesses describing "concentrated and intense" bombing near the port itself.
The United Nations fears the assault could drastically worsen already desperate conditions in the region's poorest country. The city and surrounding area are home to 600,000 people, and the port is the main route for food and aid to reach most Yemenis, 8.4 million of whom are on the verge of famine.
"Under international humanitarian law, parties to the conflict have to do everything possible to protect civilians and ensure they have access to the assistance they need to survive. Right now, nothing is more important," said Lise Grande, UN humanitarian coordinator for Yemen, who is in Sanaa.
UN refugee chief Filippo Grandi said there was a danger of a more immediate crisis if Yemenis began to abandon their homes in large numbers.
Port workers told Reuters five ships were docked at Hodeidah port unloading goods, but no new entry permits would be issued on Wednesday due to the fighting. The Arab states say they will try to keep the port running and can ease the crisis once they seize it by lifting import restrictions they have imposed.
The operation began after the passing of a three-day deadline set by the United Arab Emirates, one of the coalition's leaders, for the Houthis to quit the port.
Houthi leader Mohammed Ali Al Houthi, who has threatened attacks on oil tankers, warned the alliance not to attack the port and said on Twitter his forces had struck a coalition barge. There was no immediate confirmation from the coalition.
The Arab states' aim is to box in the Houthis in Sanaa, cut their supply lines and force them to the negotiating table.
A Yemeni anti-Houthi military official said the alliance had brought to bear a 21,000-strong force. It includes Emirati and Sudanese troops as well as Yemenis, drawn from southern separatists, local Red Sea coast fighters and a battalion led by a nephew of late ex-president Ali Abdullah Saleh.
The United Nations had been trying to get the parties to reach a deal to avert an attack. An assault was "likely to exacerbate an already catastrophic humanitarian situation," Red Cross spokeswoman Marie-Claire Feghali said.
With its military intervention in Yemen, the alliance aims to restore the government of President Abd-Rabbu Mansour Hadi, who was driven from Sanaa and into exile in 2014.