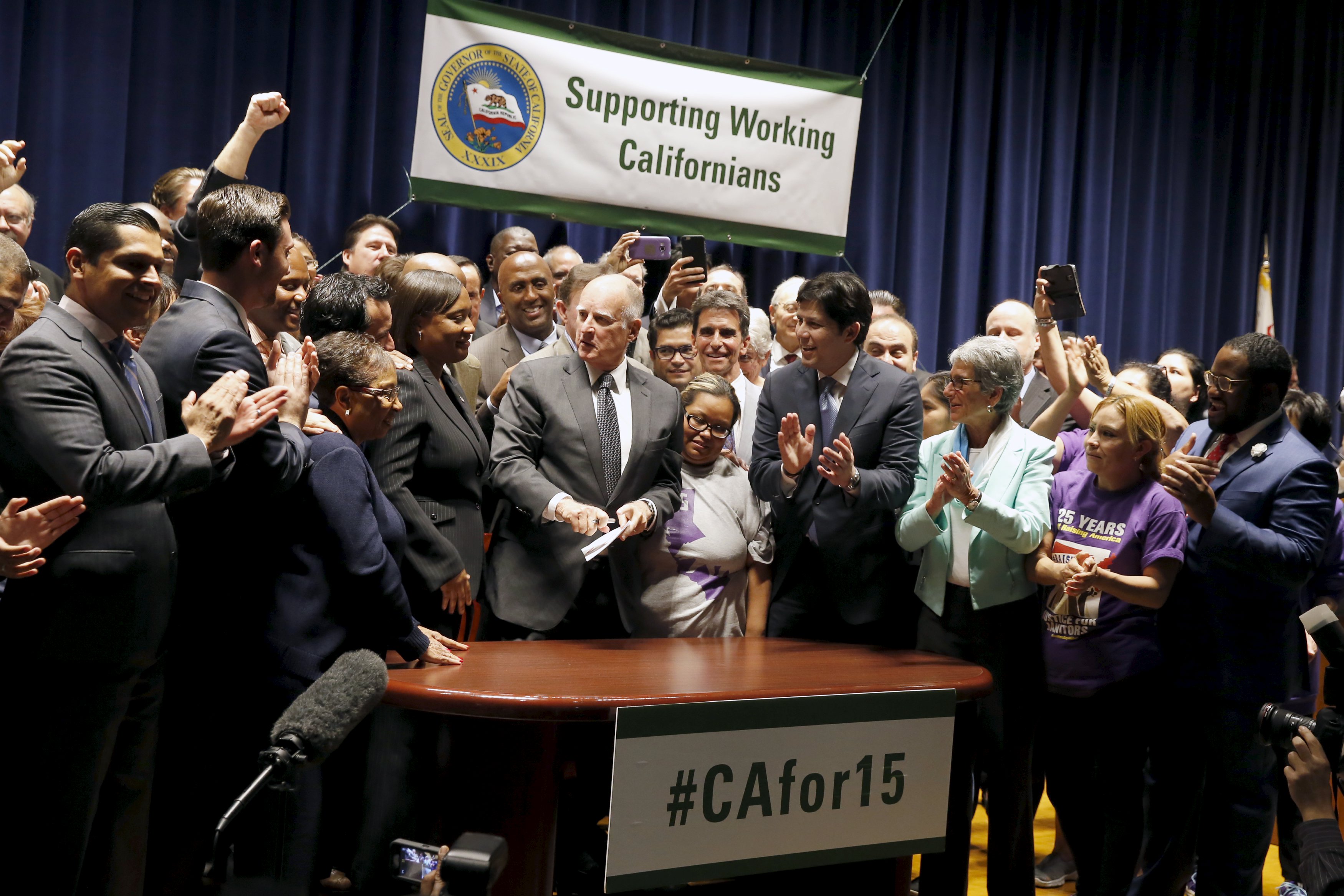 Los Angeles: Governor Jerry Brown on Monday signed into a law a bill raising California's minimum wage from $10 to $15 an hour by the year 2023, making the nation's most-populous state the first to boost pay to that level for the working poor.
The move marks the culmination of a deal Brown brokered with labor leaders and state Democratic leaders and puts California, home to one of the world's biggest economies, at the forefront of US states and cities that have moved to surpass the federal minimum wage, which has remained at $7.25 an hour since 2009.
"This is about creating a little tiny bit of balance in a system that every day becomes more unbalanced," Brown said before signing the legislation. "There's a lot of anger going on in the presidential campaign," he said. "And one of the sources (of that anger) certainly is the way the average American is being treated."
Both houses of California's legislature approved the measure on Thursday, fast-tracking proposed legislation announced two days earlier by Brown, a popular Democrat.
Raising the minimum wage has cropped up on many Democratic candidates' agendas ahead of the November elections in the hopes it could help mobilize voters.
Democratic presidential hopeful US Senator Bernie Sanders has called for raising the federal minimum wage to $15 an hour by 2020.
In New York on Monday, Governor Andrew Cuomo signed a bill that will eventually raise the minimum wage in New York City and surrounding areas to $15 per hour.
Other parts of the state will see the current $9 per hour rate rise to $12.50 within five years.
The California measure heads off two competing ballot initiatives that lacked a provision to allow the governor to suspend increases in hard economic times, a deal-breaker for Brown.
With polls showing strong support for those measures at the ballot box, Brown emphasised that a version passed by the legislature would allow lawmakers to amend it if needed instead of going back to voters.
Moderate Democrats and most Republicans complained that the legislation was being rushed through, and would disproportionately harm businesses in poorer parts of the state, where the cost of living is not high enough to warrant such a dramatic wage hike.
Fourteen states and several cities began 2016 with minimum wage increases, typically phasing in raises that will ultimately take them to between $10 and $15 an hour.