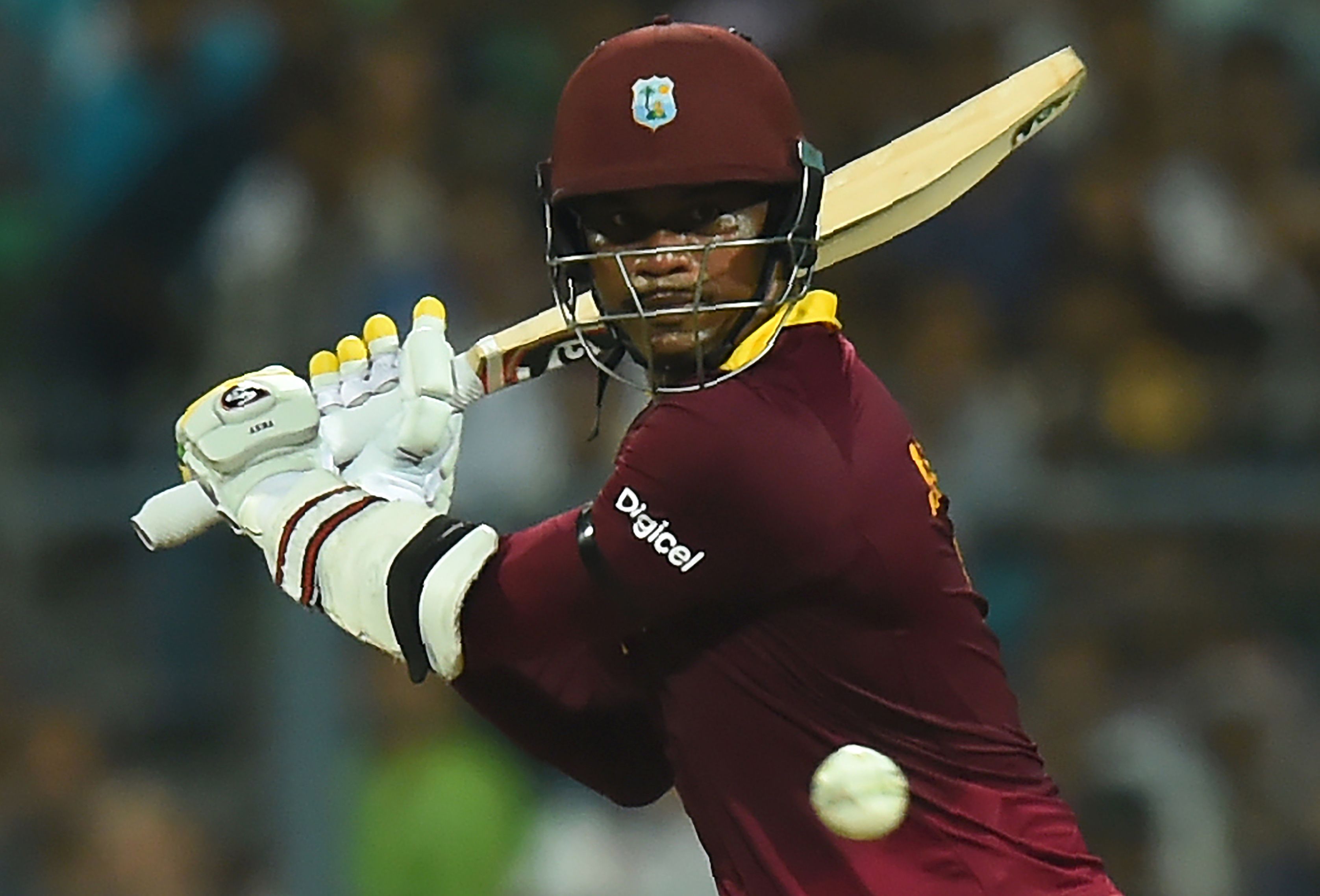 Kolkata: Marlon Samuels was hardly magnanimous in victory as the temperamental West Indian batsman sat down to face the media after his team's World Twenty20 victory -- feet on the table, batting pads still on.
Samuels struck an unbeaten 85 and then watched from the other end as Carlos Brathwaite blasted four successive sixes in Ben Stokes' final over to power West Indies to a second World Twenty20 title.
Soon after the victory, a pumped-up Samuels removed his shirt and was seen being restrained by some of his team mates in a clear indication that emotions had got the better of him.
Samuels was subsequently fined 30 percent of his match fee for abusing Stokes, a rivalry that began when the West Indian gave a send-off salute to the English all-rounder in a Grenada Test last year.
"Well, he does not learn," Samuels said after Sunday's win, suggesting it was Stokes who started the spat.
"I keep telling him whenever we play against each other 'do not speak to me because I'm going to perform'. I didn't even face a ball and he had so much to say today."
Altercations like that only spur him to perform, said Samuels who was adjudged man of the match for his knock which kept West Indies in the chase before Brathwaite sealed the win.
"That's what I strive on. That's why I'm still around for so long, despite so much ups and downs," said the cricketer who received a two-year ban in 2008 following fixing allegations.
If he has no respect for Stokes, whose outstanding death bowling has been a key factor in England's progress to the final, Samuels did not even try to hide that.
"Stokes is a nervous lad you know. What I told Brathwaite was... he's going to bowl a couple of full tosses as always and it worked in our favour and Brathwaite played a brilliant knock there."
He also took the opportunity to flay retired Australian spinner Shane Warne who featured in an ugly confrontation with the Jamaican during a Big Bash League game in 2012-13.
"Shane Warne has a problem with me. Don't know what. I've never disrespected him. Seems he has a lot of inside him that he needs to come out," Samuels said.
"I don't appreciate the way he continues to talk about me ... I don't know, maybe my face is real and his face is not."