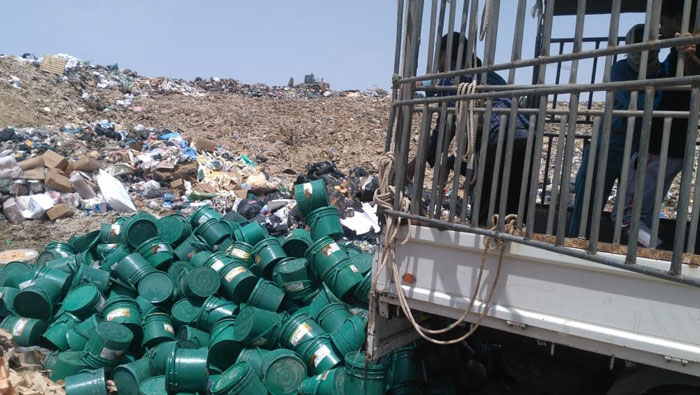 Muscat: Municipal authorities in Al Batinah have destroyed nearly 11,000 kilos of pickled cucumbers in Sohar Port, as they were not suitable for human consumption.
**media[884908]**
"The General Directorate of Regional Municipalities and Water Resources in North Al Batinah, represented by the control on imported food department at Sohar Port, has destroyed a large quantity of pickled cucumbers, in a total of 1,332 pails and with a total weight of 10,940 kg, after the results of tests confirmed that the shipment to the Sultanate did not conform to approved standards and was not fit for human consumption," North Batinah Municipality said online.