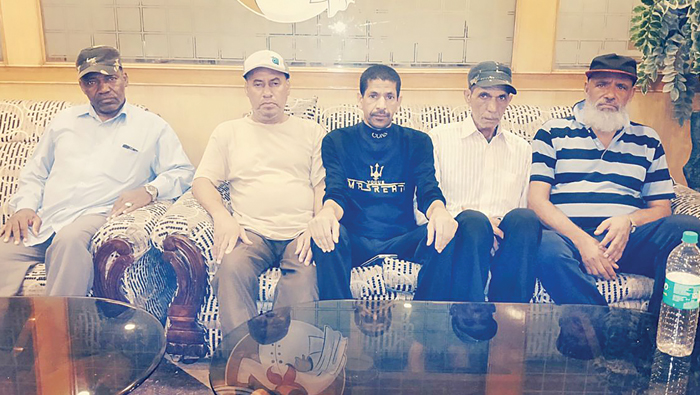 Muscat: Some 13 family members of the six Omanis arrested, allegedly for marriages with minors, will reunite with them in India.
Vice-Chairman of the Oman Human Rights Commission, (OHRC) Yousuf Al Afifi told the Times of Oman that 13 persons will be given the chance to meet their family members detained in India, today evening.
Read also: Home at last for three Omanis held in India
“This initiative aims to alleviate the pain they have gone through and to bring joy and happiness to all of them,” he said.
He added that OHRC is doing this on humanitarian grounds to enable the six detained Omanis to meet their family members, after eight to nine months of being apart. OHRC paid for all their air tickets, as well as their accommodation, he explained.
Talib Al Salhi, one of the detainees in India, told the Times of Oman over a phone from India that the court had postponed Monday’s hearing to a further date. “The court didn’t announce the exact date for the next hearing,” he said.
When asked about having to spend the Holy Month of Ramadan away from his family, he said: “It’s very painful. We have already completed nine months away from our families. This feeling of gloom is tormenting. We are trapped between four walls. Imagine the pain we are going through.” Eight Omanis were arrested in September 2017 on charges of child marriage and for human trafficking of minors.
Three of them, Suliman Al Shiyadi, Mohammed Al Shiyadi and Yasir Al Awadi, were set free and reached Muscat on April 3.
Video: Three Omanis detained in Indian child bride case arrive in Muscat
OHRC had earlier urged the Indian authorities to either fast-track the case or to set them free.
“OHRC hopes that the Indian authorities will continue to provide sufficient guarantees to protect the rights of the Omani detainees in India and accelerate their trials without any further delay, especially as one of them has been in detention since April 2014,” a statement by the commission read.
According to the commission, those who haven’t been proven guilty need to be sent back to Oman immediately. “The commission also hopes that those detained without proof of having committed the crime of marrying a minor should be acquitted,” the statement read.
The OHRC, however, appreciated the efforts of its counterpart in India.
“On the other hand, OHRC wishes to thank its counterpart, the National Human Rights Commission of India, for following up on the case of the Omani detainees,” it stated.