55 new hotels in Oman to be ready in two years 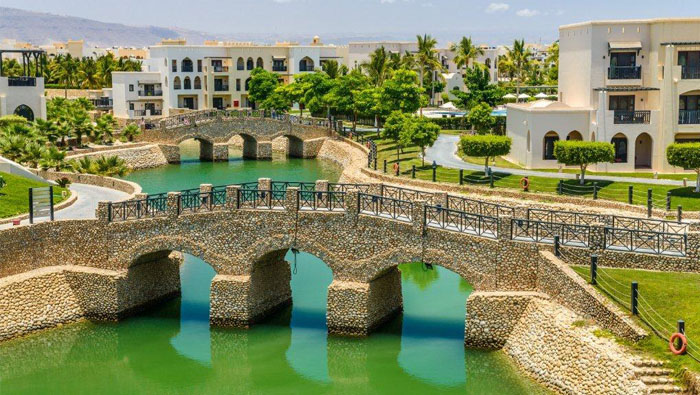 Muscat: Oman is set to construct 22 new hotels within the next two years, according to the Ministry of Tourism’s annual report.
There are 72 hotels under construction in Oman, amounting to a total of 6,604 rooms.
By the end of 2019, 55 of those establishments are expected to be completed, adding 4,763 rooms to the Sultanate’s hotel supply.
Of the projects expected to be completed in 2018 and 2019, 12 are 1-Star hotels, 19 are 2-Star hotel establishments, 16 are 3-Star properties, and five are 4-Star, with an additional three 5-Star properties to be developed.
Some 89 hotel properties, totalling 7,749 hotel rooms, were approved by the ministry last year. Of the approved hotels, 18 are 1-Star, 17 are 2-Star, 36 are 3-Star, and 15 are 4-Star hotels. An additional three 5-Star hotels were also approved. Initial approvals were also given for the construction of 32 hotel apartments, which would result in the creation of 1,243 apartments.
Of the approved hotels, Muscat received the lion’s share, with 49 hotel establishments. The governorates of Muscat and Dhofar were tied at the second spot, with nine hotels each, followed by North Al Sharqiyah at six and South Al Sharqiyah with five new upcoming hotel establishments. Ad Dhahirah, South Al Batinah, and Al Buraimi will host four, three, and two new hotels respectively. Al Dakhiliyah and Musandam, on the other hand, will also get one new hotel each, according to the ministry’s annual report.
Additionally, Oman’s hotel room supply increased by 9.3 per cent, rising to 20,581 rooms. The number of licenced hotels also grew by 8.9 per cent, reaching 367 hotel properties across the Sultanate. The number of available beds rose by 7.6 per cent, reaching 31,774 by the end of last year.
The number of hotel apartments expected in 2018 and 2019 is 27, which would add 883 hotel apartments. Four camps are expected to provide 75 hotel rooms, according to the report.
A total of 3.3 million people visited the Sultanate in 2017, according to the Ministry of Tourism’s annual report.
The new properties will cater to Oman’s continued record growth in tourism, which witnessed a 4.7 per cent increase in 2017 compared to the year before. A total of 3.3 million tourists visited Oman last year, with 222,000 arriving by cruise ships.
Tourism has grown across the country, with the report showing that visitors to Salalah during the Khareef season rose to 644,931. Some 89.4 per cent of those tourists were from the GCC, while the remaining were from the rest of the world.
The report also said that the visitors to Jebel Akhdar grew by 43.4 per cent in 2017, reaching a total of 233,012 tourists. Of them, 45.1 were foreigners, with Omanis a close second at 44.8 per cent. Gulf citizens came in third at 6.6 per cent, followed by citizens of other Arab states at 3.4 per cent.
The Ministry of Tourism issued 421 licences last year compared to 380 in 2016.
The licences covered a number of tourism activities, with 45 for accommodation facilities including hotels, resorts, hotel apartments, tourist resorts, greenhouses, and heritage homes. Additionally, 245 companies received corporate licences to operate as travel and tourism agencies. Some 131 tourist guides were also granted licences by the ministry.