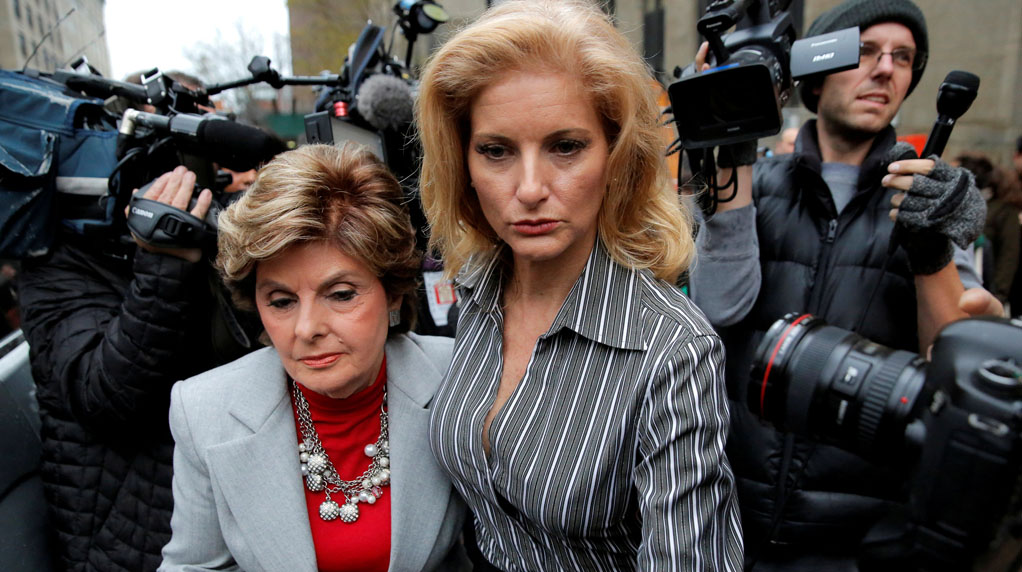 New York: A former contestant on Donald Trump's reality TV show "The Apprentice" may pursue her defamation lawsuit against the US president, a New York state judge ruled on Tuesday, despite Trump's effort to have an appeals court put it on hold.
The contestant, Summer Zervos, has claimed that Trump sexually harassed her and defamed her when he denied her allegations.
Trump has argued that as a sitting president he is immune from the lawsuit and is seeking an order from New York's highest court freezing the case.
The lawsuit could lead to Trump being questioned under oath, and draw further attention to accusations of sexual misconduct against the president by more than a dozen women.
Trump has denied the claims.
At a hearing on Tuesday, Trump's lawyer, Marc Kasowitz, argued unsuccessfully before Manhattan Supreme Court Justice Jennifer Schecter that Zervos' lawsuit should not go forward until the New York Court of Appeals, and if necessary, the US Supreme Court, decides the issue.
"It's merely seeking a determination at the highest level of competent jurisdiction as to the resolution of this very important constitutional issue," Kasowitz said.
The White House has labeled as liars more than a dozen women who have publicly accused Trump of sexual misconduct.
Kasowitz said at Tuesday's hearing that he may seek to exclude from the case any evidence about other women who have accused Trump of sexual misconduct, though he did not make a formal motion.
Schechter set a schedule for exchange of evidence, saying it should begin with documents.
Depositions of the parties must be done by January 31, 2019, raising the possibility that Trump would have to submit to questioning by Zervos' lawyers before that date.
A state appeals court last month refused to stay the Zervos case while it considered Trump's appeal of a Schecter order in March that the case go ahead.
Trump is now asking the Court of Appeals to impose a stay.
Schechter said on Tuesday she was allowing the case to proceed because the appeals court did not issue a stay.
In March, she said there was no authority to dismiss litigation related "purely to unofficial conduct" solely because he occupied the White House. "No one is above the law," the judge wrote then.
Zervos' lawyer, Mariann Wang, said multiple judges had rebuffed Trump's argument and the case should be go ahead.
"We understand it should be orderly. We want to cooperate with defendant in good faith to figure out when and how to proceed," she said. Kasowitz and Wang both declined to comment after the hearing.
Trump is facing legal pressure from other women as well.