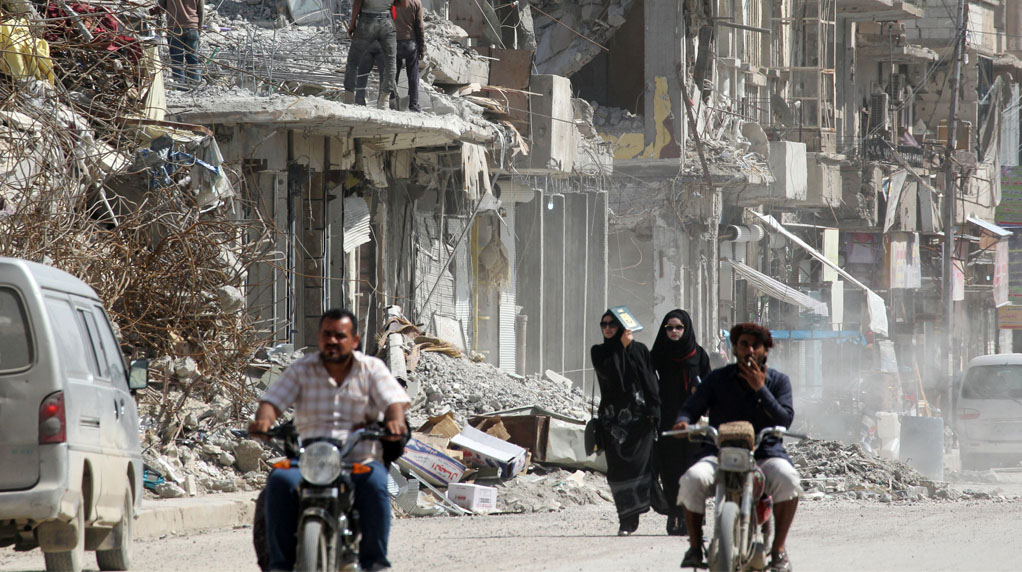 Beirut/Ankara: The Syrian Kurdish YPG militia said on Tuesday its military advisers would leave Syria's Manbij, a day after Turkey and the United States reached an agreement for administering the area that includes a longstanding Turkish demand the YPG withdraw.
Under the roadmap endorsed by Ankara and Washington for Manbij, near Syria's northern border with Turkey, the two nations would jointly maintain security and stability there.
Turkey sees the YPG as a terrorist group and an extension of the outlawed Kurdistan Workers Party (PKK), which has waged a three-decade insurgency on Turkish soil.
Washington views the YPG as a key ally in the fight against IS.
In a statement, the YPG said its fighting forces had withdrawn from Manbij in November 2016 shortly after IS was defeated there, but military advisers which had remained to work with the Manbij Military Council would now also withdraw.
The YPG added that its forces remained willing to help the people of Manbij "should it be needed".
In Washington, US officials welcomed the announcement.
"Those advisers are largely there to ensure that if there was a military offensive, they would be there to defend the city," a US official told reporters.
"Without the threat of a military offensive, the situation is different."
"So obviously we encourage that announcement and we'll continue to work with all sides to implement the roadmap as it was agreed yesterday by the secretary and foreign minister."
The US officials, speaking on customary condition of anonymity, did not give a timeline for the roadmap, saying details still need to be negotiated and implementation will be based on developments on the ground.
Turkish Foreign Minister Mevlut Cavusoglu said on Tuesday YPG personnel withdrawing from Manbij would be disarmed and sent east of the Euphrates River.
Ankara has been angered by US support for the YPG-dominated Syrian Defence Forces in northern Syria and pledged earlier this year to drive the Kurdish militants from Manbij, raising the possibility of confrontation with US forces stationed alongside them.
The Pentagon has long feared that Manbij could become a flashpoint in Syria, with US-backed forces who cleared the city of IS militants clashing with Turkish forces.
That would put Washington in the unenviable position of either fighting a NATO ally or abandoning its proxy forces in Syria.
At a meeting in Washington on Monday, Cavusoglu and US Secretary of State Mike Pompeo agreed a roadmap for cooperating over Manbij at a time of considerable strain in bilateral ties over wider Syria policy and over Washington's decision in December to move its embassy in Israel to Jerusalem.
Speaking in Turkey's southern province of Antalya on Tuesday, Cavusoglu said that joint preparatory work on the roadmap would begin in 10 days and implementation would be carried out within six months.
He said that in future the model should also be applied to Syria's Raqqa, Kobani and other areas controlled by the YPG.
"The YPG is a terrorist organisation and cannot have any role in any city. We cannot hand over a region or city to a terrorist organisation," Cavusoglu said.
He said he recognised that Kurds who are not part of the YPG could remain in these areas and said he aims to return the "population structure" of Manbij to what it was "before the YPG's arrival".