Keys through to all-American semifinal 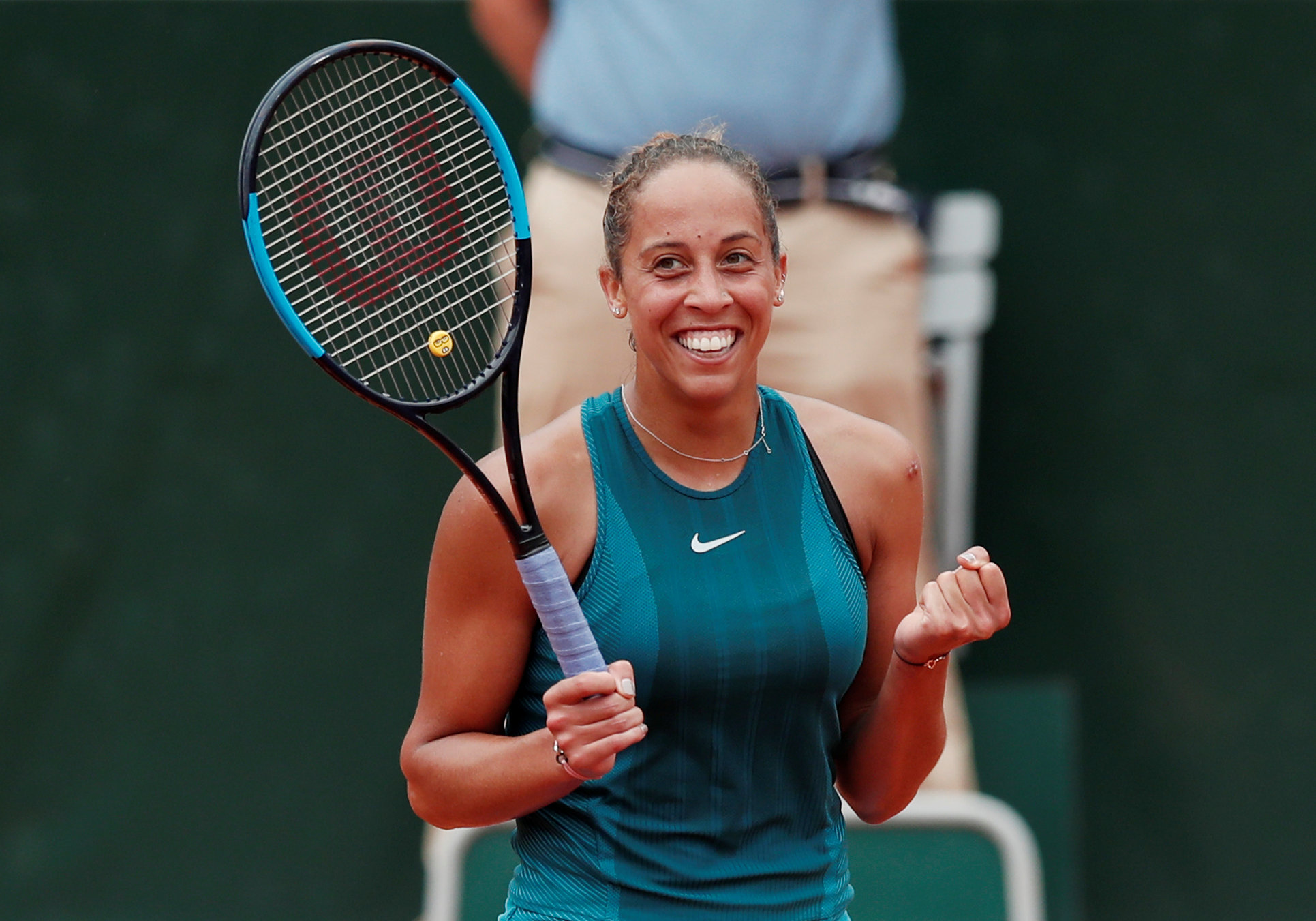 Paris: Madison Keys reached her maiden French Open semifinal, rallying from a break down in the opening set to claim a solid 7-6 (5), 6-4 victory over Kazakhstan’s Yulia Putintseva on Tuesday.
The American 13th seed, playing in her third consecutive Grand Slam quarterfinal, trailed 5-3 in the quarterfinal before she stepped up a gear and made the last four without dropping a set.
Keys will next face 10th seed Sloane Stephens, nine months after her compatriot beat her in the U.S. Open final, having improved dramatically on clay courts in recent years.
“I grew up in the States where we don’t really have red clay. Even playing on clay, it was green clay, which is much faster and much different,” she told reporters.
“So my first real experience on red clay, it was when I was 16 or 17. It’s been a little bit longer for me to get used to it, but I feel like every year I get more comfortable.”
Although her preparations for Roland Garros were troubled by a rib injury which forced her to retire in Rome, Keys felt good.
“Even some of the matches I lost, even in Stuttgart, playing a really good match,” the 23-year-old said. “And all of that has just helped me have more confidence.”
In humid conditions on Court Suzanne Lenglen, both players were solid on serve with no break points in the first six games.
The unseeded Putintseva had the first break opportunity in the seventh game, which she converted when Keys buried a backhand into the net.
Keys, however, broke back for 5-5 with a stunning forehand winner down the line and the set went to a tiebreak.
Putintseva, hoping to become the first Kazakh player - female or male - to reach a Grand Slam semifinal, opened up a 2-0 lead, only for the American to win four points in a row and take control.
Keys bagged the set at the end of a long rally in which her opponent defended ferociously, gradually stepping into the court to end the exchange with a backhand winner.
Keys had the first break chance in the second set and a lightning quick service return gave her the edge as she moved 4-3 up.
She held serve until the end, prevailing on her first match point thanks to a powerful ace.