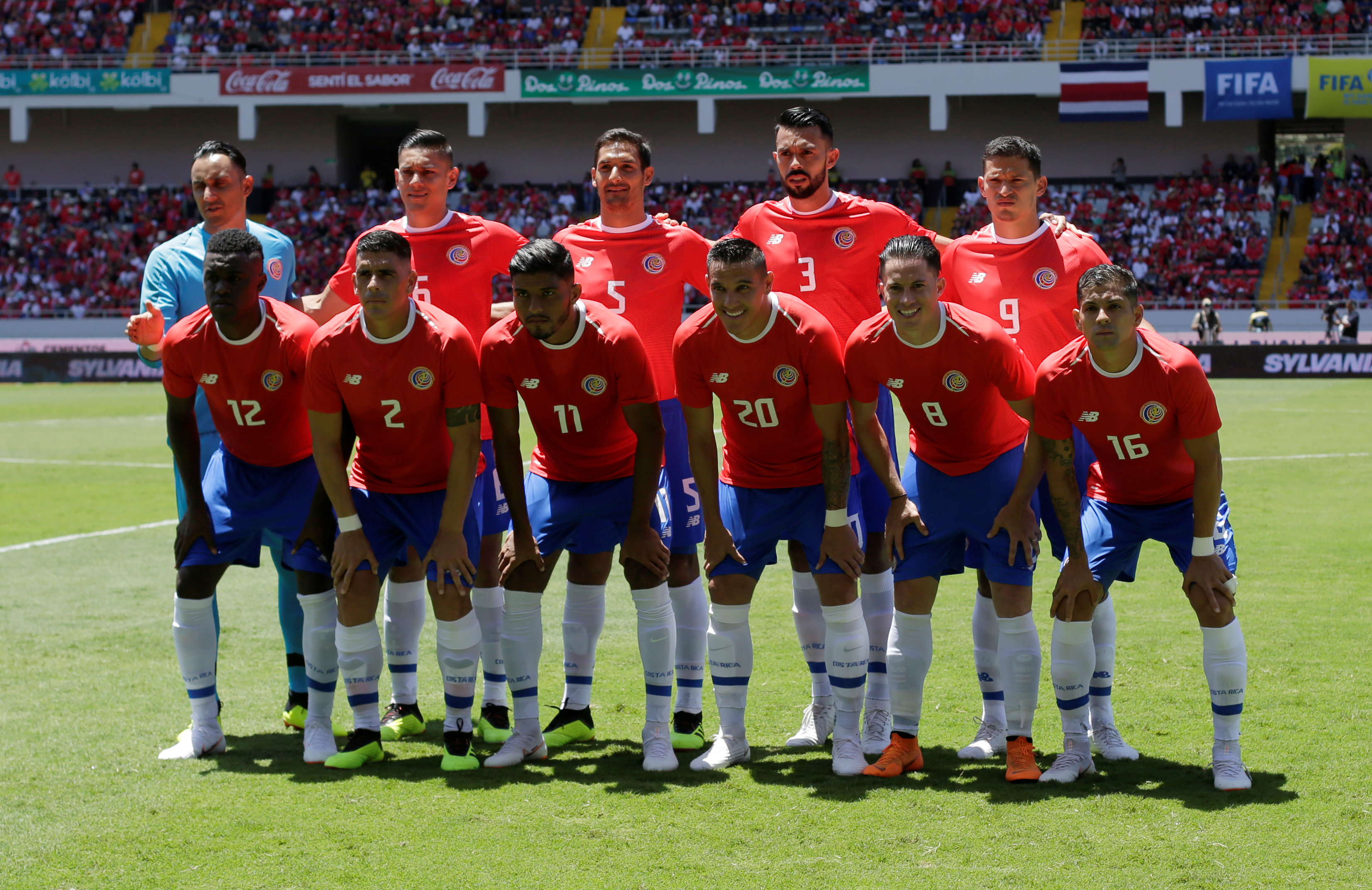 COSTA Rica were one of the surprise packages of the 2014 World Cup but, having failed to build upon that success, it is hard to see Oscar Ramirez’s side performing similar heroics in Russia.
Four years ago, ‘Los Ticos’ defied all predictions by finishing top of a group featuring three former World Cup winners in Italy, England and Uruguay, emerging unbeaten in all three games.
Then, inspired by goalkeeper Keylor Navas, the Central Americans battled past Greece on penalties to take their place in the last eight for the first time.
Their quarterfinal shootout ended in a loss to the Netherlands, however, and the impressive run of Jorge Luis Pinto’s team had come to an end without the loss of a single game in regulation play or extra-time.
Having gone further in Brazil than regional rivals Mexico or the United States, some felt Costa Rica might be on the verge of becoming the new major force in the CONCACAF region.
But such a prospect has failed to materialise.
The Costa Rican federation was unable to agree a new deal with Colombian Pinto, who five months after being hailed for his achievements at the World Cup moved to take charge of Honduras.
Former striker Paulo Wanchope was put in charge and promised to be the man to bring through a fresh generation to compliment and liven up the experienced squad from Brazil.
But after Wanchope got involved in a fracas with a steward at an under-23 match in Panama, he stood down and the federation turned to Ramirez, a dependable figure who had enjoyed success in the domestic league.
In the 2015 CONCACAF Gold Cup, the region’s tournament for national sides, Costa Rica were eliminated by Mexico in the quarterfinals and two years later were beaten by the Americans in the semifinals.
The qualifying process for Russia showed, however, that there is still plenty of quality in the side, even if there has been no significant change of generation.
The 4-0 crushing of the United States in November 2016 and the 2-0 win over the Americans in New Jersey a year later, were performances that showed Los Ticos are not to be underestimated.
The draw for Russia has not been kind to the Central Americans though, with Brazil, Serbia and Switzerland lined up as formidable opponents in Group E.
Recent defeats to Tunisia and Hungary in friendly matches have done little to raise hopes of another surprise run and while there have been some new faces introduced, the country’s hopes rest on the tried and tested core of players.
That spine includes Cristian Gamboa, Celso Borges, Bryan Ruiz and of course, Real Madrid keeper Navas.

Previous tournaments
Costa Rica will be appearing in their fifth World Cup four years after their best finish with a run to the quarter-finals in Brazil, where they lost to the Netherlands on penalties.
Few expected Costa Rica to get out of a group featuring three former World Cup winners - England, Italy and Uruguay. However, some spirited and enterprising displays saw the Central Americans top the section and beat Greece on penalties in the last 16 before their heartbreaking defeat by the Dutch.
The first appearance of Los Ticos in a finals was at Italia ‘90 where they upset the odds by beating Scotland and Sweden to qualify from their group but then lost 4-1 to Czechoslovakia.
In 2002 and 2006 they failed to get out of their group.

Coach: Oscar Ramirez
The 53-year-old took over the national team reins in 2015 when he was promoted from his role as assistant to Paulo Wanchope when the former Manchester City player stood down after he was involved in an altercation with a fan.
Ramirez was a safe choice for the Costa Rican federation, given he had had a previous spell with the national team, as assistant to Hernan Medford, and also had plenty of experience in the domestic league with top clubs Saprissa and Alajuelense.
As a player, midfielder Ramirez made 75 appearances for his country including at the 1990 World Cup in Italy.
During qualification Ramirez stuck largely with his experienced core group of players but he has gradually integrated a younger set of emerging talent.

Key players
Keylor Navas: The 2014 World Cup changed the goalkeeper’s career when, after a series of outstanding performances, particularly against Greece in the last 16, he was signed by Real Madrid to replace Iker Casillas. While Navas has had to play against a backdrop of constant media reports that Real will replace him with a bigger name, the Costa Rican has kept his place with the European champions and heads into his second World Cup with two Champions League titles to his name.
Bryan Ruiz: The main creative force for Los Ticos, Ruiz has played in Europe since 2006 and the 32-year-old is enjoying something of an Indian summer at Sporting in Portugal. Ruiz can play as an ad-vanced midfielder, support striker or winger.
Joel Campbell: The 25-year-old striker’s career has yet to live up to the expectations generated by his move as a teenager to Arsenal. But while his club career has consisted of a series of loan moves to Spanish clubs (he is currently with Real Betis) Campbell has shown his quality for Costa Rica, with impressive performances in Brazil four years ago and two goals in the 4-0 thrashing of the United States in World Cup qualification.

Form guide
Since qualification was secured, Ramirez’s side have suffered three defeats in four friendly games with a solitary win against Scotland. Defeats by Tunisia and Hungary hardly inspired confidence, while a 5-0 thrashing by Spain set off alarm bells. Ramirez will be hoping for better signs in June’s friendlies against Northern Ireland, England and Belgium.

How they qualified
Los Ticos got off to a flying start in CONCACAF’s final round of qualifying with a 2-0 win away to Trinidad & Tobago and then a 4-0 thrashing of the United States.
A 2-0 win on the road in the U.S. was another impressive display and they finished comfortably in sec-ond place despite failing to win in their last three games.

Prospects
Serbia, Brazil and Switzerland represent a tough challenge in Group E. Costa Rica’s performances in advancing from an arguably tougher group four years ago offers hope but they do not look as sharp or effective as Jorge Luis Pinto’s 2014 side.
Recent form would suggest Costa Rica will need a huge improvement to have any chance of getting out of the group.