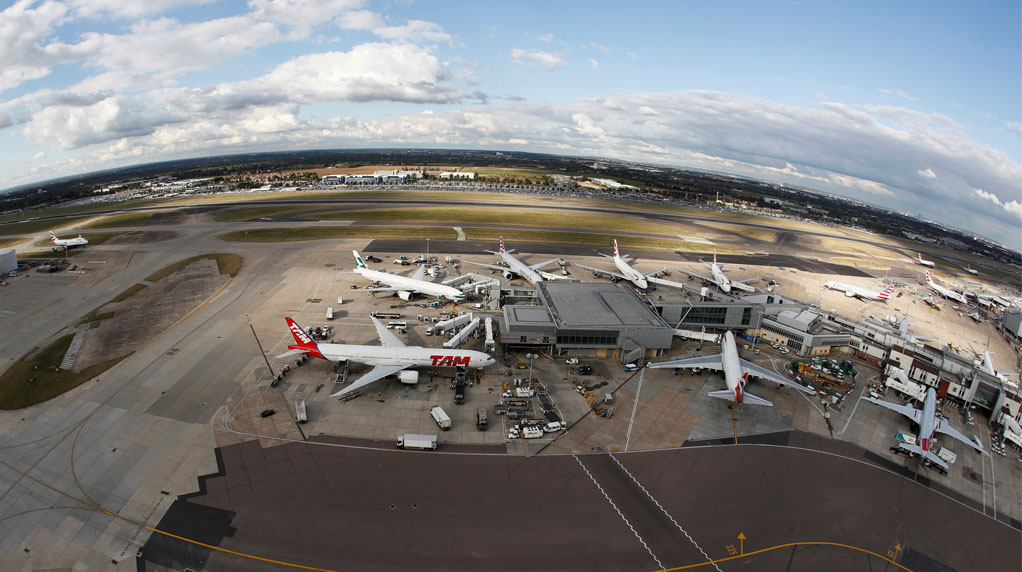 London: British ministers backed plans for a new runway at London's Heathrow airport on Tuesday, paving the way for a parliamentary vote on the plan after decades of delays, although the project could still face challenges before building starts.
Heathrow is Europe's busiest airport but it is now full.
In the past, plans to expand the airport have faced opposition from local communities and environmentalists but the current 14 billion pound ($18.5 billion) expansion plan is making progress.
The cabinet gave its blessing to the new runway plan on Tuesday, said transport minister Chris Grayling, paving the way for lawmakers to vote on the issue within 21 days.
The decision comes after almost half a century of indecision on how and where to add new airport capacity in densely populated southeast England and will be the first full-length runway to be built in the London area in 70 years.
"Expansion at Heathrow presents a unique opportunity to deliver a multi-billion pound boost to our economy, strengthen our global links and maintain our position as a world leader in aviation," Grayling told parliament.
In an attempt to satisfy opponents of the scheme, he said that the new runway would be delivered within existing air quality obligations, and include a 6.5-hour scheduled night flight ban, plus compensation for local residents and a new commission to monitor aviation noise.
An independent commission recommended Heathrow as the site for a new runway in 2015, saying that adding capacity there would bring the country the greatest economic benefits and government has based its policy on these findings.
Business leaders and politicians have argued that a bigger Heathrow is even more important since Britain voted to leave the EU in 2016, as the expanded airport will enhance trade links and provide a boost to economic growth.
Heathrow last came this close to expansion in 2010 but a change in government stopped it proceeding, and the current plan could still face legal challenges.
Polling by ComRes last month showed most lawmakers intend to vote in favour of the third runway, which will help the UK catch up with European rivals.
Paris and Frankfurt have four runways while Amsterdam has six.
Heathrow, owned by Ferrovial, Qatar Investment Authority and China Investment Corporation among others, will then have to secure planning permission, with construction slated to start in 2021 and the new runway operational by 2026.
A group of local councils and environmental group Greenpeace could however try to mount a legal challenge.