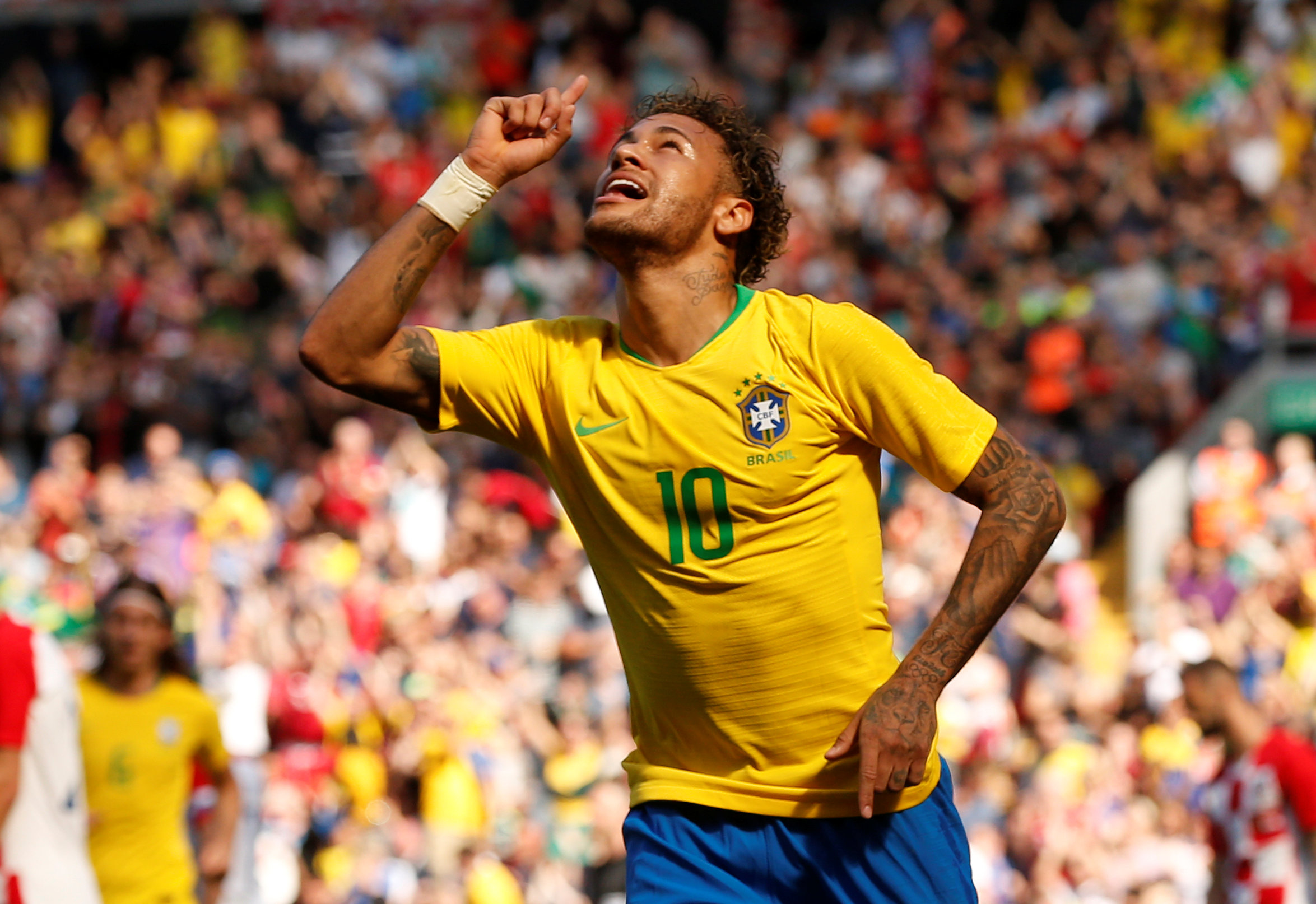 WHEN Neymar left Barcelona for Paris St Germain last August he knew the 2017-18 season would be stressful but even for a man who loves to make headlines this year has provided plenty of news, both good and bad.
His brilliance has been offset by unsavoury spats with team-mates and rivals and PSG’s canter to the league title was soured by the foot injury that kept him out of the season’s key games in their Champions League last-16 elimination by Real Madrid.
Exactly in what shape Neymar returns from that February injury will go a long way to determining Brazil’s fate in the World Cup, a tournament they have not won for 16 years.
Will he be well rested and raring to go? Or will he lack the sharpness needed at the very highest level?
Everyone in Brazil understands his importance to the team. The 26-year-old playmaker is not only their best player, he is also willing to take on the responsibility of team leader.
“Neymar is irreplaceable,” coach Tite said in March in an unusually forthright declaration.
“Because of his level, because of his quality and because he is one of the top three (players in the world). That’s a fact.”
The greatest player of his generation coasted through his debut season in France, scoring 29 goals in 30 games, but he was also rarely tested in a league that is clearly inferior to his old stomping ground of La Liga in Spain.
He has vowed to work harder than ever to get back in shape and be ready for Russia and Brazilian fans will be praying his dedication pays off.
If Neymar plays well, Brazil are hard to beat. His influence will be vital if they are to live up to their status as joint-favourites.