UK will have Brexit policies ready for June EU summit:Javid 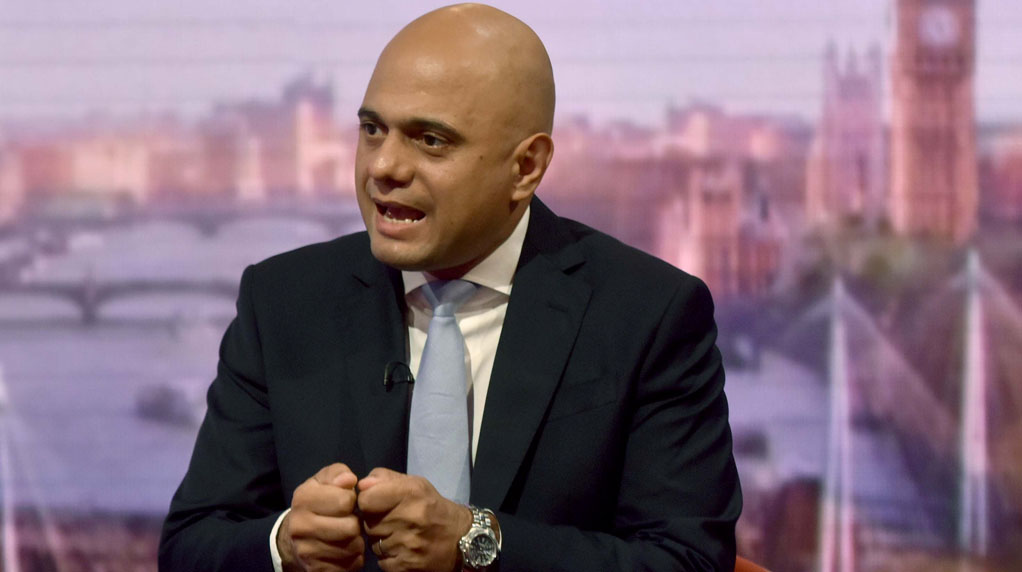 London: Britain will have a good set of proposals on Brexit policy ready for a meeting of European Union leaders this month, interior minister Sajid Javid said on Sunday, adding that he expected a positive response from Brussels.
He rejected a newspaper report saying failure to reach an exit deal with the EU would cause immediate shortages of medicine, fuel and food. Prime Minister Theresa May is struggling to find a proposal on post-Brexit customs arrangements - the biggest stumbling block so far in exit talks - to take into negotiations with Brussels as the clock ticks down to Britain's scheduled exit in March 2019.
Ireland said on Saturday that May had two weeks to put forward proposals, but her cabinet is divided and EU officials have poured scorn on draft options under discussion in London.
Javid said discussions between ministers on agreeing a position were making good progress ahead of the June 28-29 summit.
"I am absolutely confident as we get to the June council meeting that the prime minister will have a good set of proposals, and our colleagues in Europe will respond positively to them," Javid told the BBC.
He said the proposals would be in line with previous statements by May, and that a promised white paper policy document would be published in advance of the summit.
The border between British-ruled Northern Ireland and the rest of Ireland will be Britain's only land frontier with the EU after it leaves the bloc. While both sides say they are committed to keeping the border open, finding a practical solution is proving elusive.
Irish foreign minister Simon Coveney warned of an "uncertain summer" if there was no progress on agreeing the so-called 'backstop' arrangement to prevent a hard border in the event of trade talks failing.
The Sunday Times reported that a failure to reach an exit agreement with the EU would cause shortages of medicine, fuel and food within two weeks, citing an unnamed source's account of a document prepared by officials for Britain's negotiators.
Since Britain's shock June 2016 referendum vote to leave the EU, May has insisted that leaving without a deal would be a better outcome than negotiating a poor settlement with Brussels.
The government says it is aiming to get a deal, but still preparing for all scenarios, including a no deal outcome.
The newspaper report of a document listing three no deal scenarios said that even under the second worst outcome the port of Dover would collapse almost immediately, supermarkets in Scotland would run out of food within days and medicine supplies would only last weeks.
Javid dismissed the details of the Sunday Times report.
"I don't recognise any bit of that at all. As Home Secretary, as anyone would expect, I'm deeply involved in 'No Deal' preparations ... but I don't recognise any of that," he said.
He said he remained confident that Britain would agree a withdrawal deal with the EU.