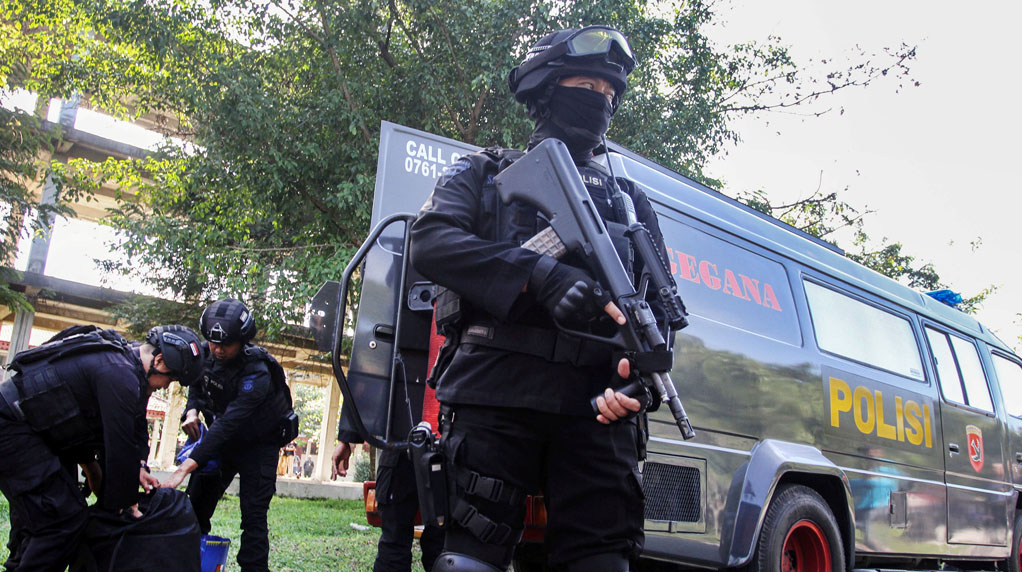 Jakarta: Indonesian anti-terrorism police have detained a former student and are questioning two others after a raid on a university campus in Pekanbaru, on Sumatra island, where crude bombs and other explosive material were seized, police said.
The former student is thought to have been planning attacks on the Indonesian parliament in Jakarta and the local assembly in Pekanbaru, the capital of Riau province, national police spokesman Setyo Wasisto told a news conference on Sunday.
An earlier police statement had said all three men had been named suspects, but Wasisto said that applied to only one and two were being questioned as witnesses.
Wasisto said the suspect had links to members of the IS-inspired Jemaah Ansharut Daulah (JAD), an umbrella organisation on a US State Department terrorist list that is reckoned to have drawn hundreds of Indonesian sympathisers.
During Saturday's raid on a faculty at Riau University, police found a pipe bomb, a homemade grenade, as well as the homemade explosive triacetone triperoxide (TATP), Wasisto said.
They also seized an air rifle and sets of bows and arrows, as well as other material such as fertiliser that could be used to make bombs, he said. Authorities have highlighted concerns about a rise in radicalism at universities in the world's biggest Muslim-majority country.
A number of recent surveys of students have pointed to significant support for IS, carrying out extremist attacks and the establishment of a caliphate in Indonesia. After some major successes tackling militancy in the last two decades, there have also been a resurgence of attacks in recent years.
Last month, police shot dead four men who used samurai swords to attack officers at police headquarters in Pekanbaru.
That attack came soon after a series of suicide bombings by militants targeting churches and a police building in Indonesia’s second-biggest of city of Surabaya.
In all, about 30 people were killed in the attacks in Surabaya, including 13 of the suspected suicide bombers.