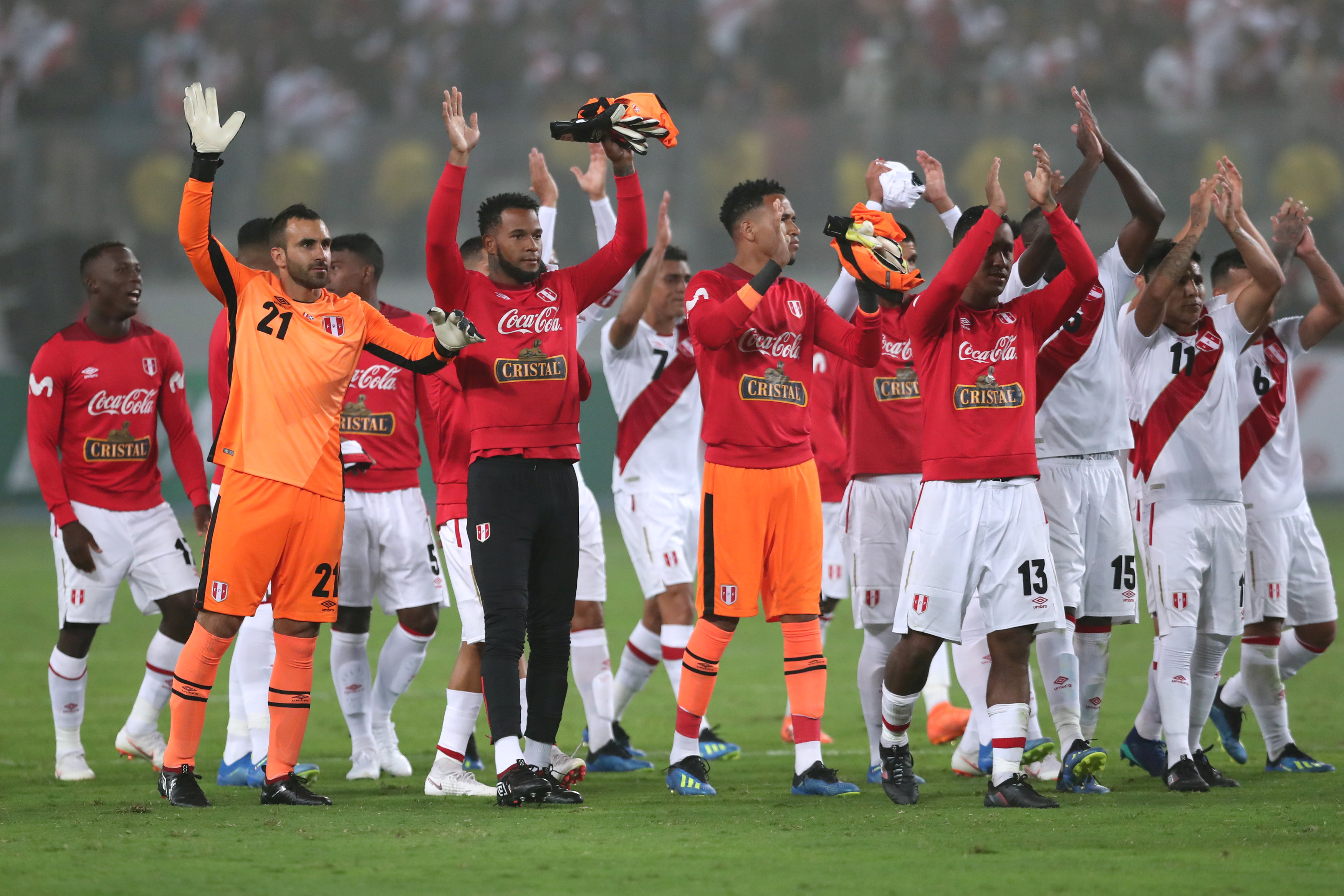 THE last country to squeeze into this year’s finals via a playoff, Peru have been absent from the competition since 1982 and are not expected to go far.
Yet a closer look shows that their Group C opponents Australia, Denmark and France should treat Peru with healthy respect.
“We will without doubt miss Paolo in Russia but we are convinced that our team, with its courage and tenacity, will do Peru proud,” the Peruvian Football Federation said.
Clear underdogs at 200-1 to win the World Cup, Peru are ranked 11th by FIFA and have been growing in confidence after a storming end to the two-year South American qualifiers.
A 2-2 draw away to Venezuela in March 2017 set Peru on an unbeaten run that saw them pip Chile on goal difference for fifth spot then beat New Zealand 2-0 in a two-legged playoff.
Since then, Peru have claimed two European scalps - Croatia and Iceland - in friendlies to prove their place at the finals was no fluke.
“We will face teams loaded with top-level players,” said coach Ricardo Gareca, who broke Peruvian hearts when his goal for Argentina stopped their team qualifying in 1986 but has now become a national idol. “But we have top-level players, too.”
Peru boast talents such as Jefferson Farfan, a 33-year-old winger with Lokomotiv Moscow, and Renato Tapia, a self-confident 22-year-old with Feyenoord who can play in midfield or defence.
Despite Peru’s technical ability, work ethic and quick passing, beating or even holding France to a draw may be a step too far.
They should not be daunted, however, by Denmark, who also reached the World Cup via a playoff and are Peru’s first opponents at Saransk on June 16. Neither will they fear Australia in their final group game in Sochi.
“Nothing has been nor will be easy,” said Tapia, assessing Group C.
Gareca, 60, a familiar sight with his long hair and animated gestures, wants his close-knit team to assuage Peru’s historical anguish at being away from the finals for nearly four decades.
“I want us to boss matches, whoever and wherever we’re playing,” he said.

Previous tournaments
Peru have waited 36 years to return to the World Cup finals after the last of their four appearances in 1982 in Spain. Their best performances were in 1970 and 1978 when they reached the quarterfinals. Peru’s most famous tournament was Argentina in 1978 where they won their group after beating Iran and Scotland - with a spectacular Teofilo Cubillas free-kick - and drawing with the Netherlands.

Coach: Ricardo Gareca
The long-haired, 60-year-old Gareca is a former Argentina international who worked with various clubs around South America before taking on Peru in 2015. Nicknamed “El Tigre” (The Tiger) or “El Flaco” (The Skinny One), Gareca was first known to Peruvians for the wrong reasons - his goal for Argentina dashed Peru’s hopes of reaching the 1986 World Cup. But the former striker is now a national idol after ending Peru’s nearly four-decade absence from the finals.
“I was constantly reminded of that goal as soon as I arrived in Peru, but I never saw it as something I had to make up for,” he said shortly after Peru’s qualification for Russia in a playoff against New Zealand. “But anyway, we’re through to the World Cup now, so nobody is saying stuff about me owing them any more.”
Gareca seeks to make the most of the Peruvians’ technical prowess, strength and adaptability given the varying climates they play in at home, from desert heat to Andean mountains.

Key players
Jefferson Farfan: Having been only recently restored to the national squad, the 33-year-old winger celebrated wildly with fans after scoring the all-important opener in Peru’s 2-0 playoff victory over New Zealand. Known as “La Foquita” (The Little Seal) and currently playing for Lokomotiv Moscow, Farfan dedicated that goal to Peru’s suspended captain and all-time top scorer Paulo Guerrero.
Renato Tapia: The versatile, 22-year-old Feyenoord midfielder has been praised for his maturity and will be crucial to Peru’s chances of staying defensively solid while also opening cracks in opponents. As a teenager trying to break into FC Twente’s first team in the Netherlands during the last World Cup, he remembers Dutch celebrations at coming third. This time, Tapia is staying discreet as his illustrious home nation failed to qualify while he is on his way to Russia.
Christian Cueva: The 26-year-old attacking midfielder, who plays for Sao Paulo in Brazil, is a fine dribbler with a sharp change of pace. The undisputed creative force in Peru’s squad, Cueva played a part in plenty of goals during qualification. After his passes helped in both goals against New Zealand to clinch a place in Russia, coach Gareca’s first hug was for Cueva who burst into tears.

Form guide
After slowly improving during the qualifiers, “Los Incas” have shown their credentials with a couple of eye-catching friendly wins. First, they beat Croatia 2-0 and then they defeated Iceland - no pushovers - 3-1. Those two victories over European sides, both in the United States with thousands of their “blanquirroja” (white-and-red-clad) fans present, have added to Peru’s growing self-confidence.

How they qualified
Peru became the final team to qualify for the World Cup after squeezing into fifth place on goal difference over Chile in South America’s gruelling qualifiers, then beating New Zealand 2-0 in a two-legged inter-continental playoff. They won seven and drew five of their 18 qualifiers, scoring 27 goals and conceding 26.

Prospects
Regarded as one of the weaker sides and a 200-1 long shot to win the title, Peru go into the World Cup with few expectations outside their own country. However, they will draw strength from a lengthy unbeaten run, and 11th place in the FIFA rankings. Peru will be seriously targeting Group C opponents Denmark and Australia for points, and praying for an upset against France.