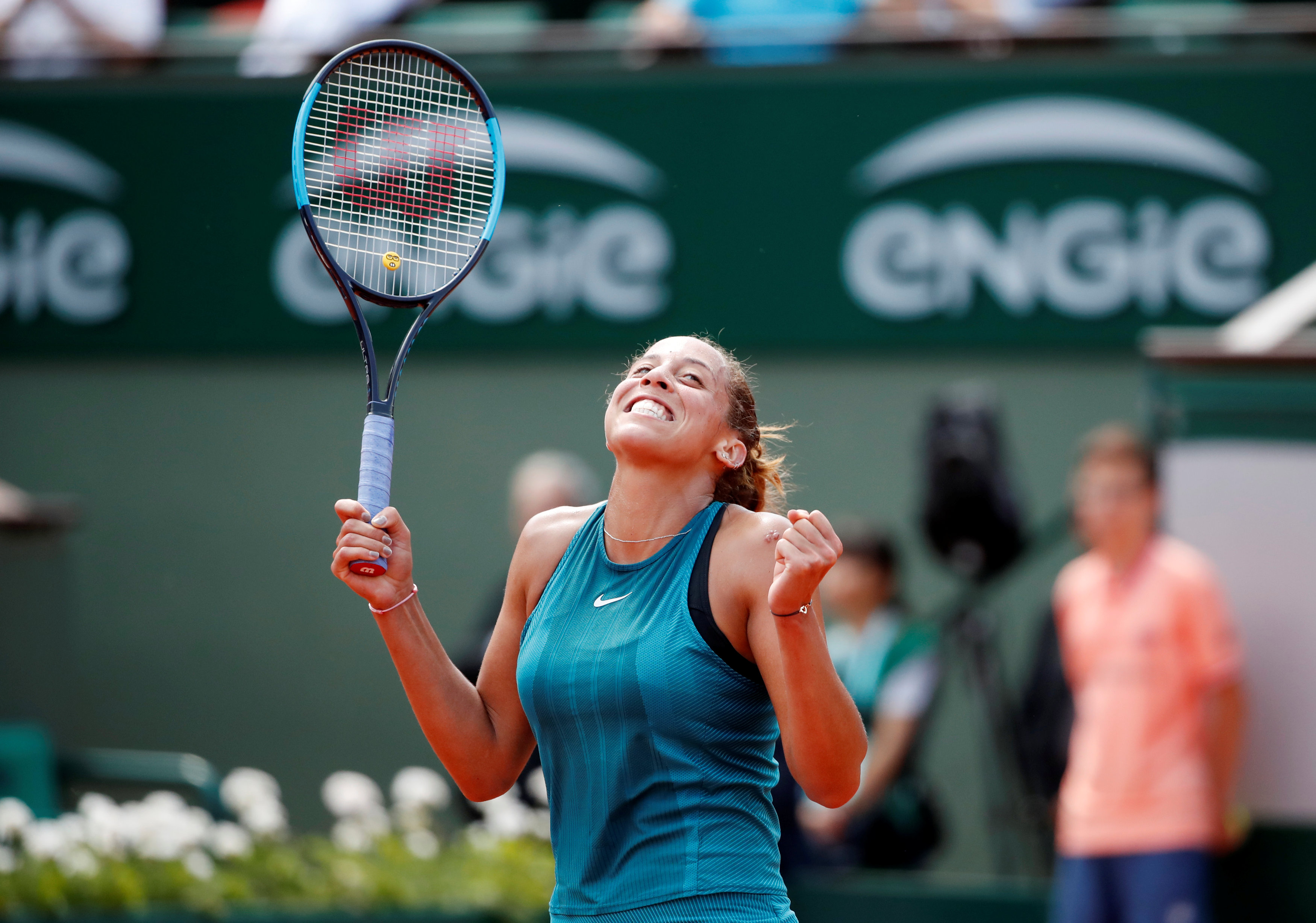 Paris: No fuss, no drama - Madison Keys’s smooth ride continued at the French Open on Sunday as she brushed aside Romanian Mihaela Buzarnescu 6-1, 6-4 to reach her first French Open quarterfinal.
The 23-year-old American with power to burn was far too strong for Buzarnescu whose dream run came to an abrupt halt.
Keys has not dropped a set so far and all the talk that her game was ill-suited to clay now looks redundant.
Make no mistake the 13th seed will now take some stopping.
Not that this Grand Slam run is being greeted with the kind of hullabaloo that accompanied her journey to last year’s U.S. Open final in which she lost to compatriot Sloane Stephens.
“I think the U.S. Open, for me, was a lot higher energy and just because it was late at night and all of that,” she said.
“So to be here and just kind of consistently getting through and just being happy with kind of low-drama matches has been really nice.”
Keys admitted in the build-up that she had never watched Buzarnescu in action but quickly got to grips with the unheralded 30-year-old who was playing in the fourth round of a Grand Slam for the first time.
Striking the ball cleanly and powerfully in perfect conditions on Court Philippe Chatrier, the big-serving Keys bagged the opener in the blink of an eye against an overpowered opponent offering little resistance.
It was pretty much the same story in the second set before Buzarnescu’s late resurgence caused some anxiety in the Keys camp. The Romanian clawed back from 1-5 to 4-5 but Keys did not panic and closed out victory with an ace.
“When I got to the changeover at 5-4, I was really just focusing on the little bits and pieces of information that I always tell myself before I go out for a serve, just to take out all of the nerves and thinking of the moment,” she said.
“Little things like that help me build the point a little bit better, which all in all leads to making smarter decisions.”
The draw has opened up for Keys and with Czech 26th seed Barbora Strycova or unseeded Kazakh Yulia Putintseva next up she will be favourite to make the semifinals.
Claycourt tennis is growing on her.
“I definitely feel more comfortable on it,” she said. “I feel like this year especially I have been finding the balance of being a little bit more patient but also playing my game.”
With the tournament now reaching the business end, having three-times Grand Slam champion Lindsay Davenport in her corner helps, says Keys.
“Lindsay has been amazing for me in a lot of ways but I think we have always really managed slams well,” she said.
“Before I started working with her was always a tough one for me, especially managing my emotions.”