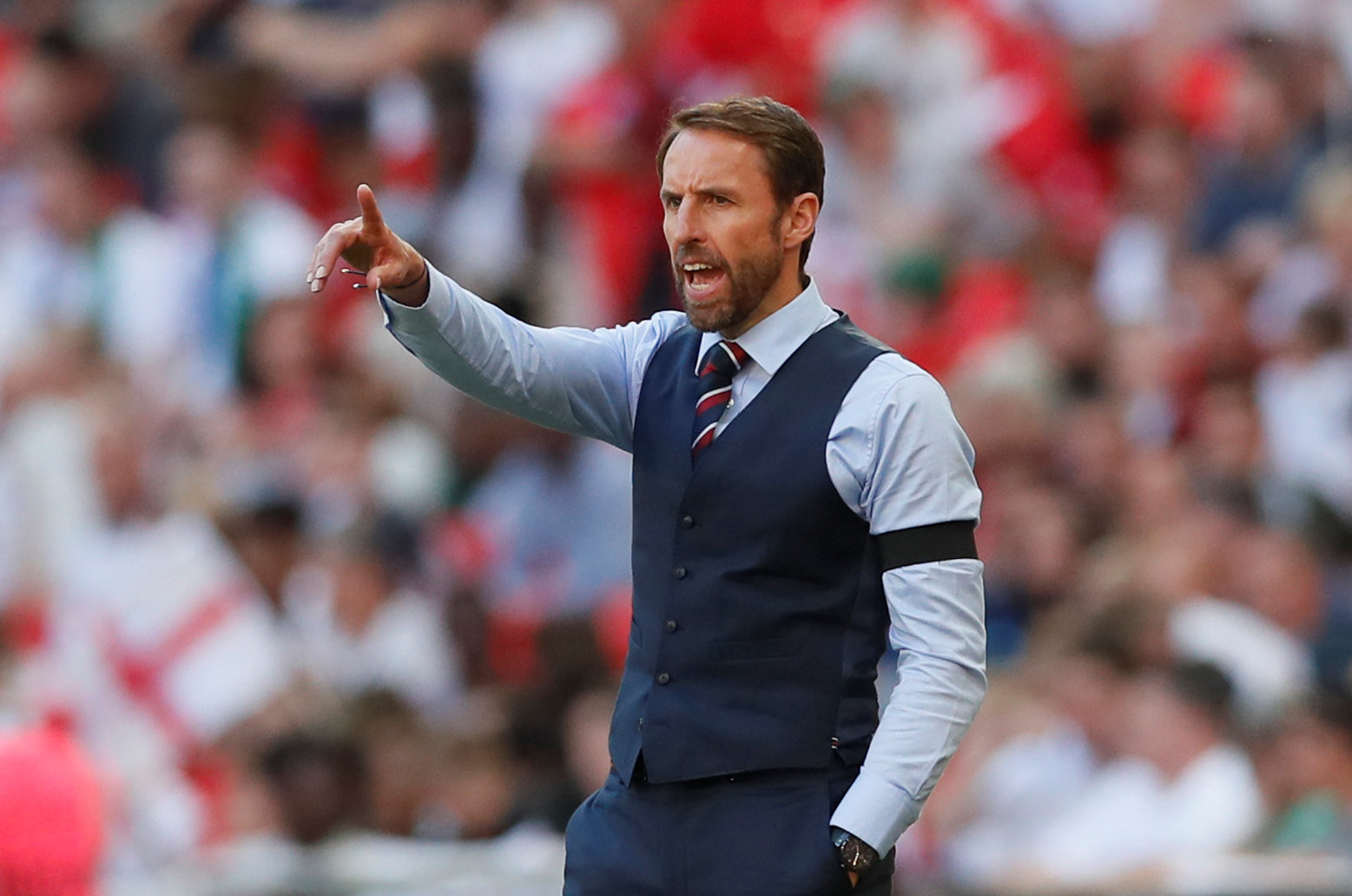 London: England manager Gareth Southgate said his side's attacking display in the first half of Saturday's pre-World Cup friendly win over Nigeria was up there with the best of his time in charge of the national team.
"That was as good a half as we've had, I think," Southgate said after England's 2-1 win at Wembley in their penultimate friendly before flying to Russia.
Southgate praised, in particular, his front quartet of strikers Harry Kane and Raheem Sterling and midfielders Jesse Lingard and Dele Alli. They stretched a sloppy Nigeria for much of the first half which ended with England 2-0 ahead.
The pace of wing backs Ashley Young and Kieran Trippier added more firepower to Southgate's side which has been slowly taking shape.
Shortly after the break, however, Nigeria pulled a goal back when Alex Iwobi responded quickest to a rebound off the post.
Southgate said England had failed to work out how the visitors had changed their approach at halftime, something that might cost them dearly if repeated in Russia.
"That five, six-minute spell is what we must learn from because that could be enough to put you out," he warned.
The 47-year-old said his team on Saturday was close to England's likely starting 11 when they open their World Cup campaign against Group G opponents Tunisia in Volgograd on June 18.
"I wouldn't necessarily say that team that started today is the team that starts against Tunisia but clearly it wouldn't be far away," Southgate said.
The coach added he would decide by Monday whether to give Jack Butland a start as England goalkeeper for the final pre-World Cup friendly against Costa Rica on June 7, but he spoke highly of Jordan Pickford's performance on Saturday.
Nigeria coach Gernot Rohr said his side could have conceded half a dozen goals in a poor first-half performance which he said reflected a heavy travelling schedule for his players.
"What we saw in the second half was very positive," the German said. "We cannot play like we did in the first half."
Rohr said he expected midfielder Wilfred Ndidi to recover from injury in time to play against the Czech Republic in a friendly on June 6.