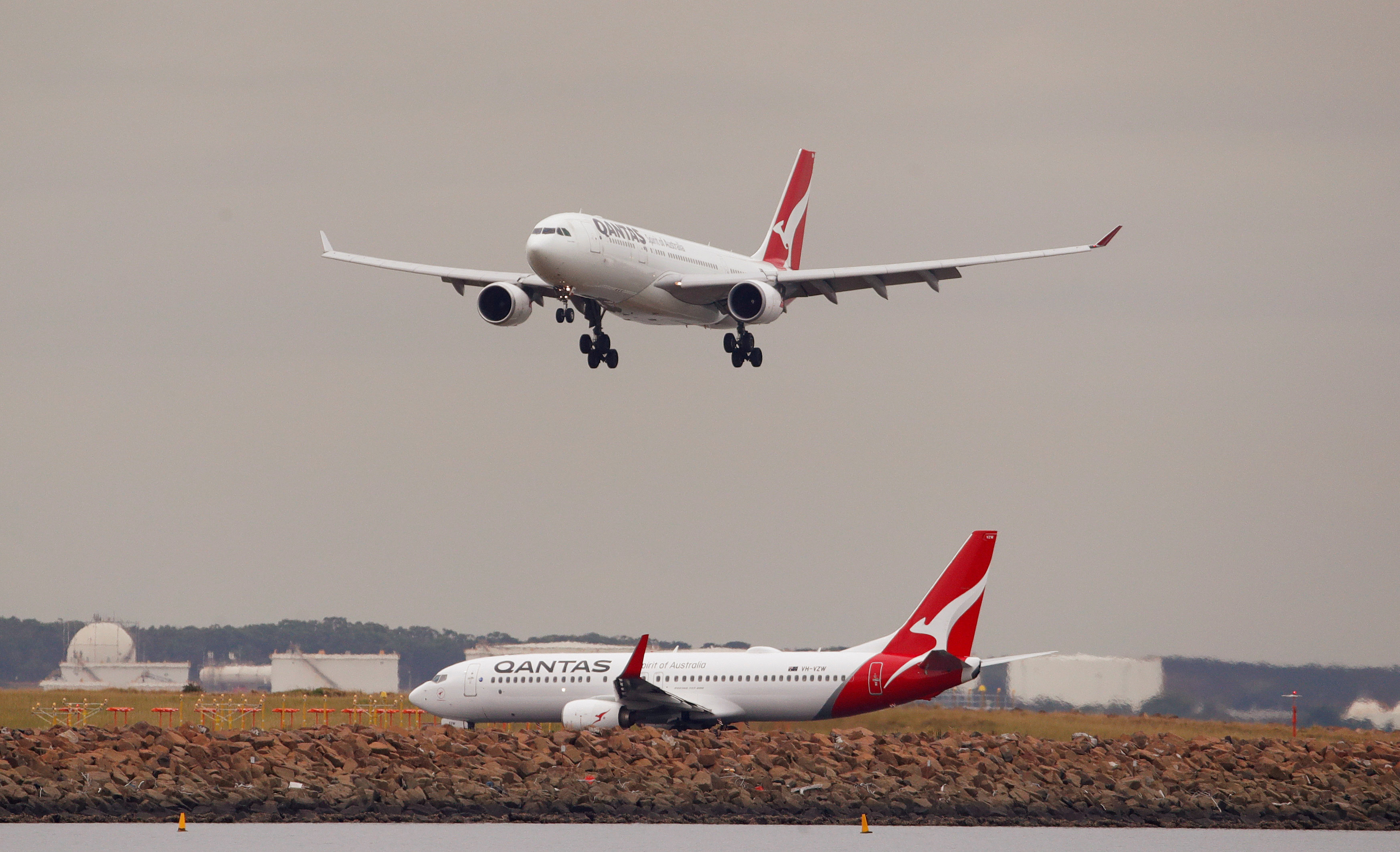 Sydney: Planemakers gave a glimpse of the ultra-long-distance jets of the future on Sunday as they work to meet a demanding goal from Australia's Qantas to connect Sydney and London in a non-stop 20-hour flight.
As global airline leaders gather for an annual conference in Sydney with jet lag and in some cases with lost suitcases after connecting at foreign hubs, Qantas is looking to close the traditional "tyranny of distance" between Australia and global financial centres like London and New York by 2022.
This year, Qantas began non-stop flights between Australia and Europe by linking Perth and London. It is now considering an order for ultra-long jets with the Airbus A350 and Boeing 777X in contention.
"I think we'll get to the stage where, technically, we will know where the aircraft are going to be, in the next few months," Qantas chief executive Alan Joyce said ahead of an International Air Transport Association gathering in Sydney.
A purchase decision is expected next year if the business case stacks up, he said.
Ultra-long haul flights are aimed primarily at business travellers and can allow airlines to charge a 20 per cent premium over one-stop rivals, according to industry data.
"I would not pretend we would sell 1,500 airplanes like this, but I would say a reasonable assumption could be in the neighbourhood of 50-100 airplanes total," Airbus Chief Commercial Officer Eric Schulz said.
Airbus' first customer for the ultra-long range A350-900ULR, Singapore Airlines, last week said it would launch 19-hour flights from Singapore to New York in October. It has ordered seven of the jets, which carry more fuel than a typical A350-900.
Sydney-London is an even more demanding journey and Qantas wants to do it with more passengers than the 161 business and premium economy seats that Singapore Airlines plans to use on its ultra-long haul routes.
Qantas has not announced how many ultra-long haul jets it will order, but Joyce said it could be a "reasonable-sized fleet" given that potential routes include Sydney, Melbourne and Brisbane to London, New York and Paris or Frankfurt.
Schulz said Airbus was considering development of an ultra-long-range version of the A350-900 or the larger A350-1000 to suit Qantas and a handful of other potential buyers.
The Australian carrier is also looking at the Boeing 777-8, expected in service in 2022.
Boeing Commercial Airplanes marketing vice-president Randy Tinseth said it was studying making planes lighter or increasing take-off capacity to close the range gap.
"We need to make sure in any of these cases that we build an airplane that has what I call legs - it not only works for one customer but works for many," he told Reuters.
"So the investment we make makes sense and then they have an airplane that will have a finance market for it... A one-off doesn't ever seem to work."
As planemakers look to modify designs, airlines and airports are also looking to adapt facilities.
Qantas is offering pre-flight yoga classes to Perth-London passengers in its lounge and has adapted its menu in all classes.
Perth-London has sold better than expected, particularly in premium cabins, Joyce said, with the economics working even with oil at $75 a barrel.
Sydney Airport CEO Geoff Culbert said the airport was considering the construction of special arrival lounges.
"At the moment, 70 per cent of the world's population is reachable from Sydney on one direct flight," he said.
"Once those aircraft come to market the entire population of the world will be reachable in one flight. It is just an amazing step change in aviation."