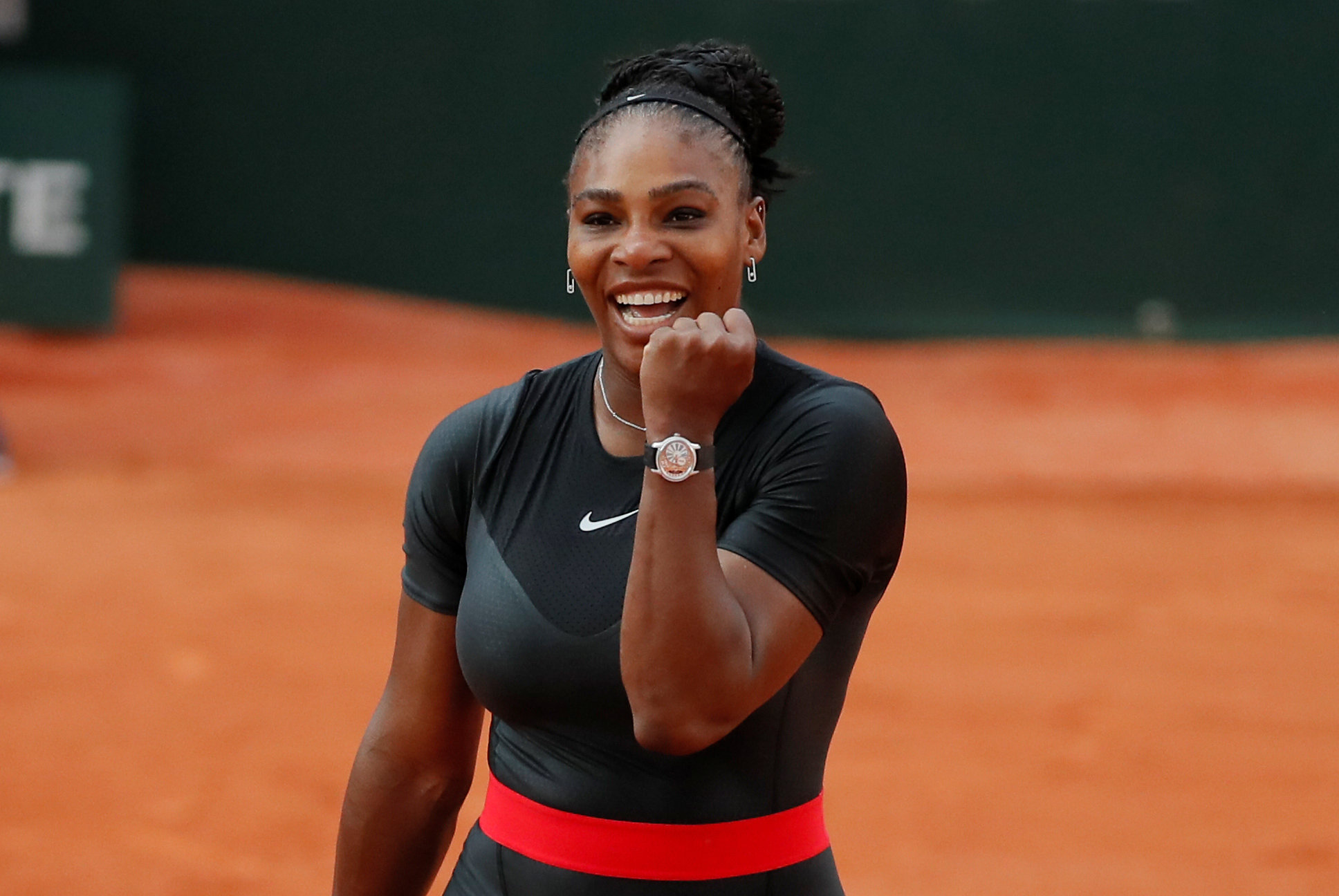 Paris: There was no messing around for Serena Williams on Saturday as she took only 75 minutes to knock out German 11th seed Julia Goerges 6-3, 6-4 at the French Open and set up a heavyweight fourth-round showdown with Maria Sharapova.
Just seven matches into her comeback following a maternity break, Williams impressed all those watching on the 10,000-seater Suzanne Lenglen Court - including former boxing champion Mike Tyson - by pulverising her opponent.
After she broke for a 3-1 lead with a blazing crosscourt winner, tremors were felt all around the arena as Williams smashed the ball away with all her might to wrap up the opening set.
Goerges broke the 23-times Grand Slam champion in the fourth game of the second set to get back on level terms at 2-2 but her moment in the spotlight was fleeting as she dropped serve in the very next game and Williams roared on to an easy victory.