Omq Al Rabakh in Oman has a lot to attract tourists 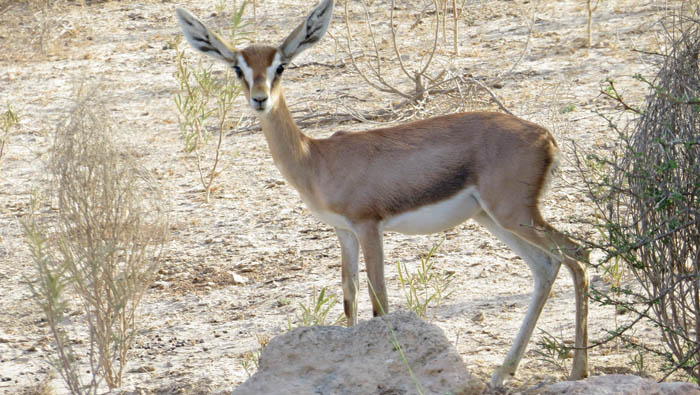 Quriyat: Known for its varied terrain of mountains, plateaus, springs and wadis, the beautiful coastal village of Omq Al Rabakh in the Wilayat of Quriyat is a favoured destination for domestic as well as international tourists.
Located 66 kilometres from the village of Quriyat, Omq Al Rabakh is situated in the eastern Al Hajar Mountains, bordered to the west by the villages of Wassal and Souka and to the east by the Jinn Cave, which can be reached by foot through a mountain trail or by vehicle.
Villagers in Omq Al Rabakh typically raise cattle as well as work in the date palm fronds industry. They grow date-palms, locally known as Al Barni, Al Naghal, Al Khenaizi, Al Khasab, in addition to other names, which depend on the Aflaj irrigation system. The villagers also grow various trees such as mangoes, lemons, and bananas and Omq Al Rabakh is famous for mountain honey, which is considered one of the best types of natural honey.
The village is rich in tourist attractions, such as caves and ancient mosques and is used as a passageway to the Jinn Cave. It has high mountains that are suitable for adventure sports, climbing and paragliding. The village boasts Al Ais Cave that was used by the villagers as a refuge during rains or rough winds. Omq Al Rabakh is also home to various kinds of birds that reflect the beauty of its mountainous terrain and greenery, such as the Sand Partridge, numerous types of falcons, pigeons and sparrows. The village is a haven for many rare animals, and is within close proximity to Ras Al Shajar Reserve.
Sheikh Khamis bin Mohammed Al Rabakhi, Sheikh of Omq Al Rabakh, explained that the village is administratively affiliated to the Wilayat of Quriyat in the Governorate of Muscat. He revealed that villagers preserve authentic Omani customs and traditions related to costumes, housing, lifestyle, hospitality and the practice of folklore arts, such as “Al Razha” and “Al A’zi”. According to the Sheikh, Omq Al Rabakh is famous for an archaeological site, which includes a collection of pottery containing pre-Islamic inscriptions and ancient tombs, which are supervised by the Ministry of Heritage and Culture.