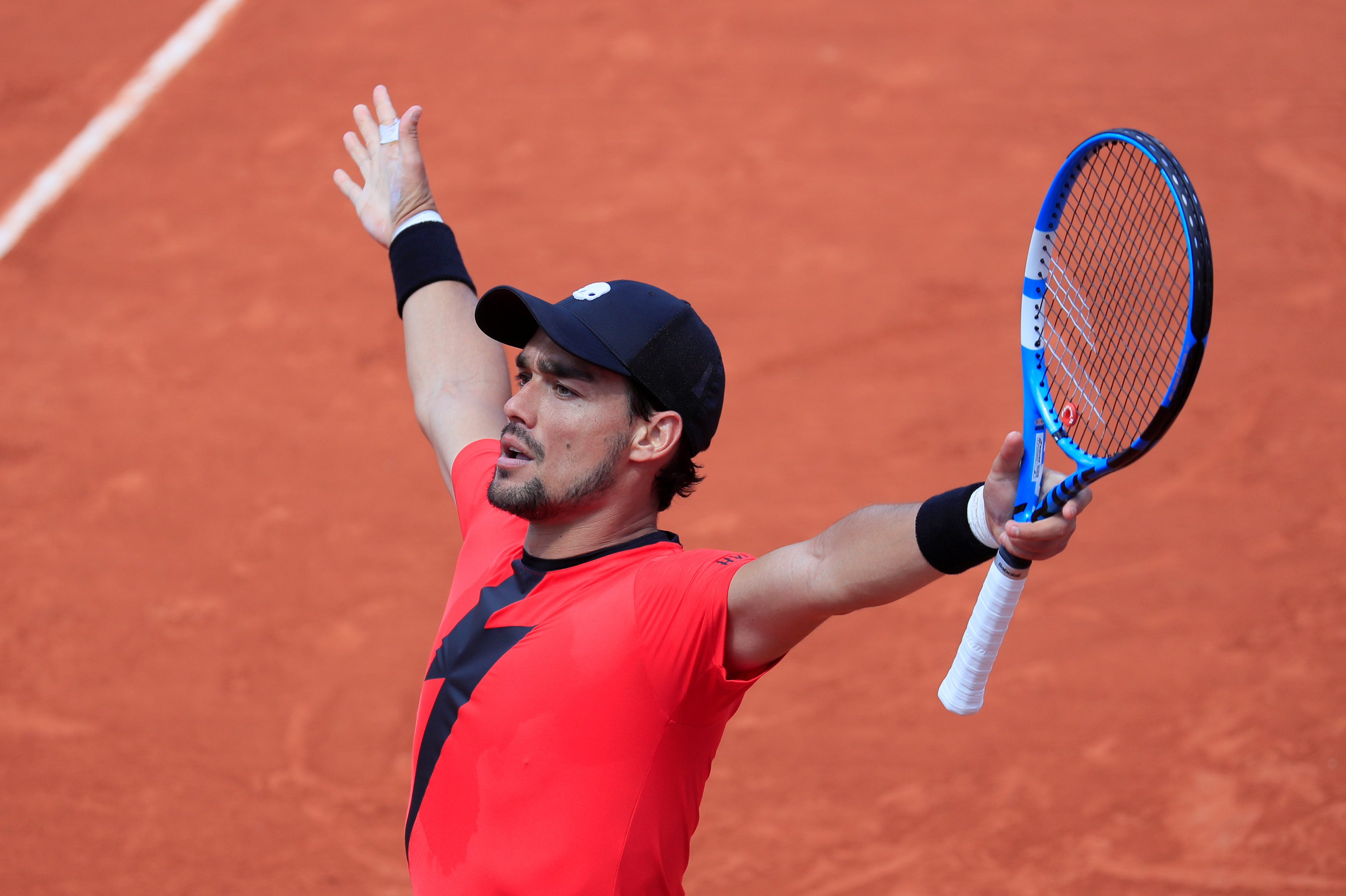 Paris: Life is never dull when Fabio Fognini takes to the court and the Italian maverick was dipping into his bag of tricks again on Saturday as he knocked Britain's Kyle Edmund out of the French Open third round in five topsy-turvy sets.
Dressed in a red shirt with a black lightning bolt down the front and black baseball cap the 18th seed's play veered from the sublime to the ridiculous during a 6-3, 4-6, 3-6, 6-4, 6-4 win.
From the moment he dropped serve in the opening game from 40-0 and a fan was taken ill high up in the Court Suzanne Lenglen seats it was clear it was going to be one of those days for the undisputed King of the Unpredictable.
He hit 41 winners and 60 unforced errors and Edmund, a less combustible character, joined in with 27 and 48 of his own.
Fognini, seeded 18th, trailed 1-3 in the opening set, then reeled off five games in a row with some sublime hitting.
From 1-1 in the second set he then lost 16 successive points to trail 5-1, broke back twice, then dropped serve again.
Gesticulating wildly to his box, and muttering to himself he lost the third set and needed a medical timeout to have his ankle and foot taped. The 16th-seeded Edmund, for his part, needed a hip massage.
In the fourth, the Italian jumped 3-0 ahead and then played the next three games almost as though he did not care, slumping into a chair vacated by a line judge at one point.
He buckled down again though and Edmund's lazy drop-shot took the match into a decider.
Converntional match
When both players returned after disappearing off court a conventional tennis match broke out.
Service breaks had been juggled like hot potatoes until that stage, but the first nine games of the fifth set were held.
While cavalier at times, Fognini also has bags of experience and that showed as he put up the shutters in the 10th game -- playing solidly from the baseline and inviting Edmund to miss.
Perhaps worn down by trying to second guess what Fognini would do next, Australian Open semi-finalist Edmund obliged.
He crashed a backhand long and Fognini celebrated by thumping his chest as he guaranteed Italy has two men in the fourth round here for the first time since 1976.
"Finally, finally we are here," Fognini said. "Probably my experience (was the difference). The last game I played good. I played everything on the other court, and he missed a few balls."
Edmund, 23, will now turn his thoughts to Wimbledon where he will feature as Britain's number one for the first time and will also be seeded at the grasscourt slam for the first time.
"It's nice, maybe you know you're not going to play Roger (Federer) first round," he said.
He may hope Fognini is nowhere near him in the draw too.