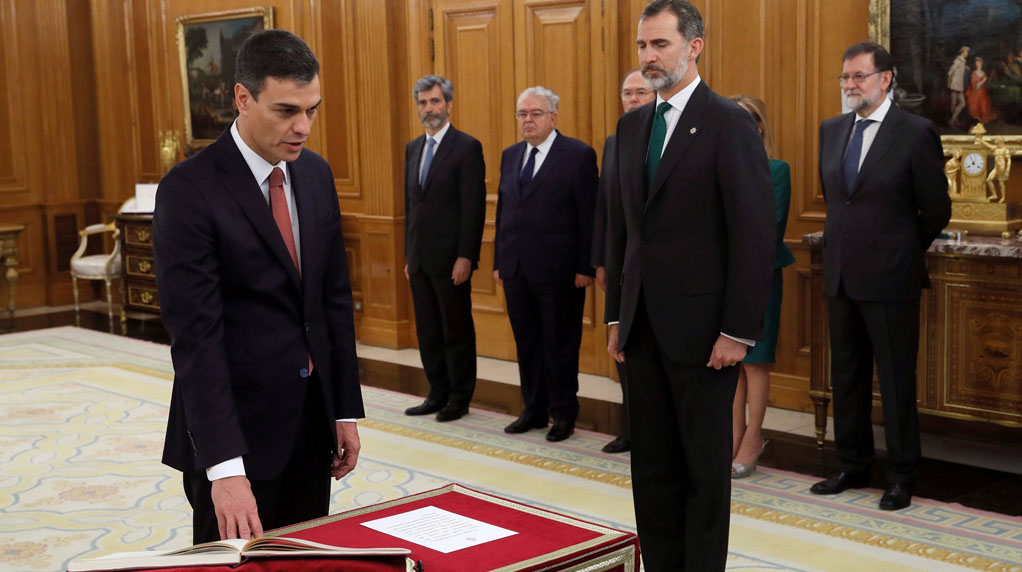 Madrid: Socialist Pedro Sanchez was sworn in on Saturday as Spain's seventh head of government since its return to democracy in the late 1970s, taking over from veteran conservative Mariano Rajoy who was ousted on Friday over a corruption scandal.
One of Sanchez' main challenges will be to try and find a way out of the crisis in the wealthy Catalonia region, where a new nationalist government was due to be sworn in on Saturday.
Sanchez was sworn in as Spanish prime minister before King Felipe, his right hand on the constitution.
Sanchez became prime minister with only 84 seats for his Socialist Party in the 350-member assembly thanks to support from the hard-left Podemos and smaller nationalist parties.
He said he intends to steer the country through to mid-2020 when the parliamentary term ends.
But his majority - the smallest for a Spanish government since the return to democracy following Francisco Franco's death in 1975, makes it unclear how long his administration can last.