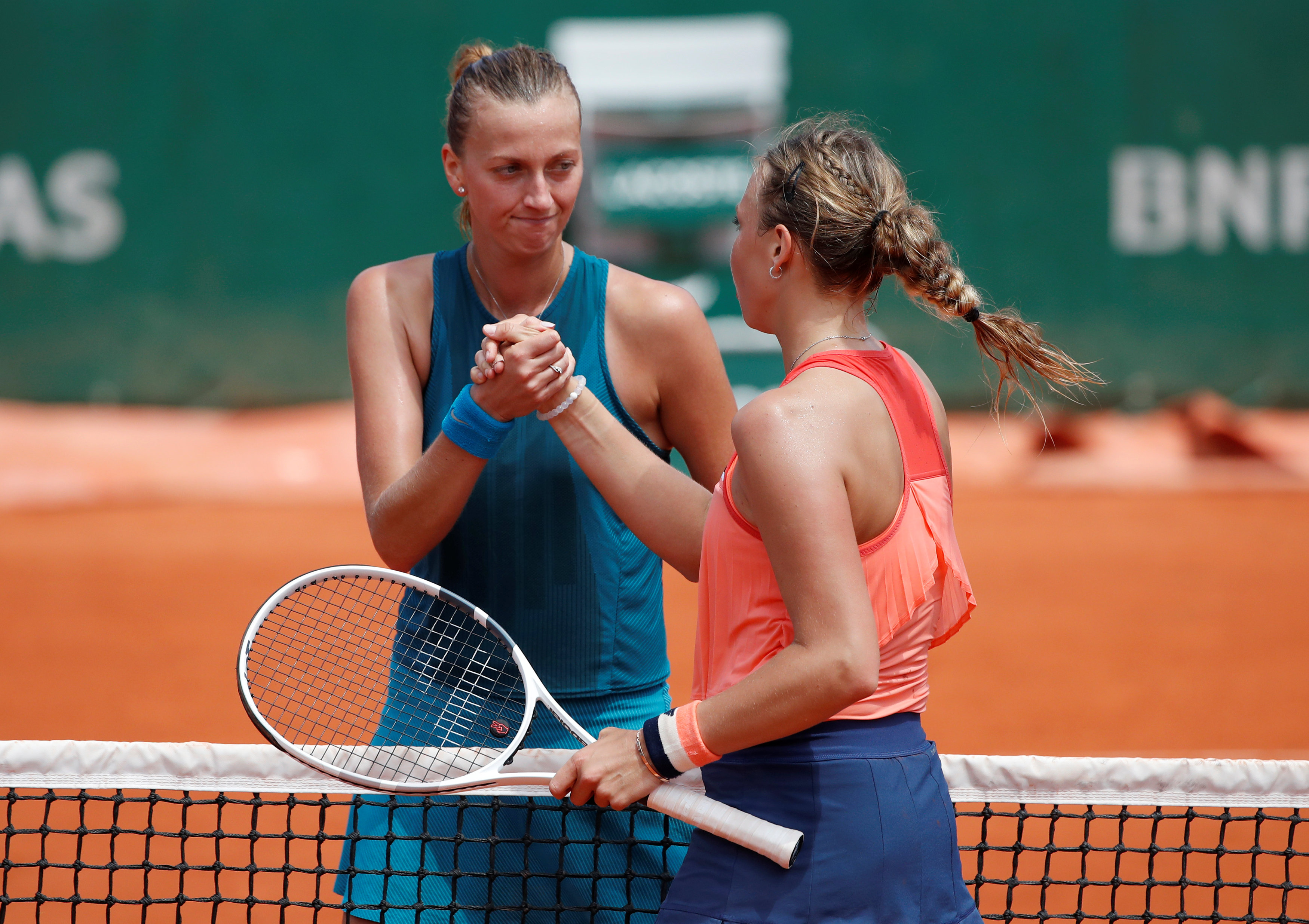 Paris: Just when Petra Kvitova was beginning to look like a genuine French Open title prospect her claycourt hot streak was ended on match number 13 by unsung Estonian Anett Kontaveit.
Kvitova had beaten Kontaveit on the way to winning the title in Madrid last month, having also gone undefeated in Prague.
But her luck ran out as the Czech lost 7-6 (6), 7-6 (4).
"I think sometimes you have a good day and sometimes you have a bad day, and for sure it wasn't a good day today," double Wimbledon champion Kvitova told reporters.
"I couldn't really imagine myself playing so well on the clay. So I'm very proud of myself. It was a great clay season. And I'm pretty sad that the clay season is finishing.
"Lot of credit to her. Anett played great tennis today. She didn't really give me anything."
The match had been cancelled the night before by rain but bright sunshine greeted the players on Court One.
Kvitova, one of seven women's Grand Slam champions in action on Day Seven, bounded into a 3-1 lead but it was clear that Kontaveit was not going to be a pushover as the Estonian forged 5-3 in front only to be forced into a tiebreak.
There was nothing between the players and both appeared edgy as they each double-faulted in the breaker but on set point Kontaveit's depth and power proved too much for Kvitova.
Welcome gift
Kontaveit squandered two match points when serving at 5-4, missing two regulation forehands, and then failed to serve out for victory again at 6-5 as Kvitova clung on.
The Estonian received a welcome gift in the tiebreak though when Kvitova slammed a smash so long it reached the backstop without bouncing, bringing up three match points.
Kontaveit double-faulted at 6-3 but clinched victory on the next point when Kvitova's backhand return went wide.
"It was so close all along and I just tried to stay with her," 25th seed Kontaveit told reporters.
"I changed a few things from Madrid. I was returning better. It was so close all along so I just kept fighting.
"The atmosphere was really good out there today."
Kontaveit's reward for her best run at the French Open is a fourth-round clash with U.S. Open champion Sloane Stephens.
"I'll have nothing to lose," she said.