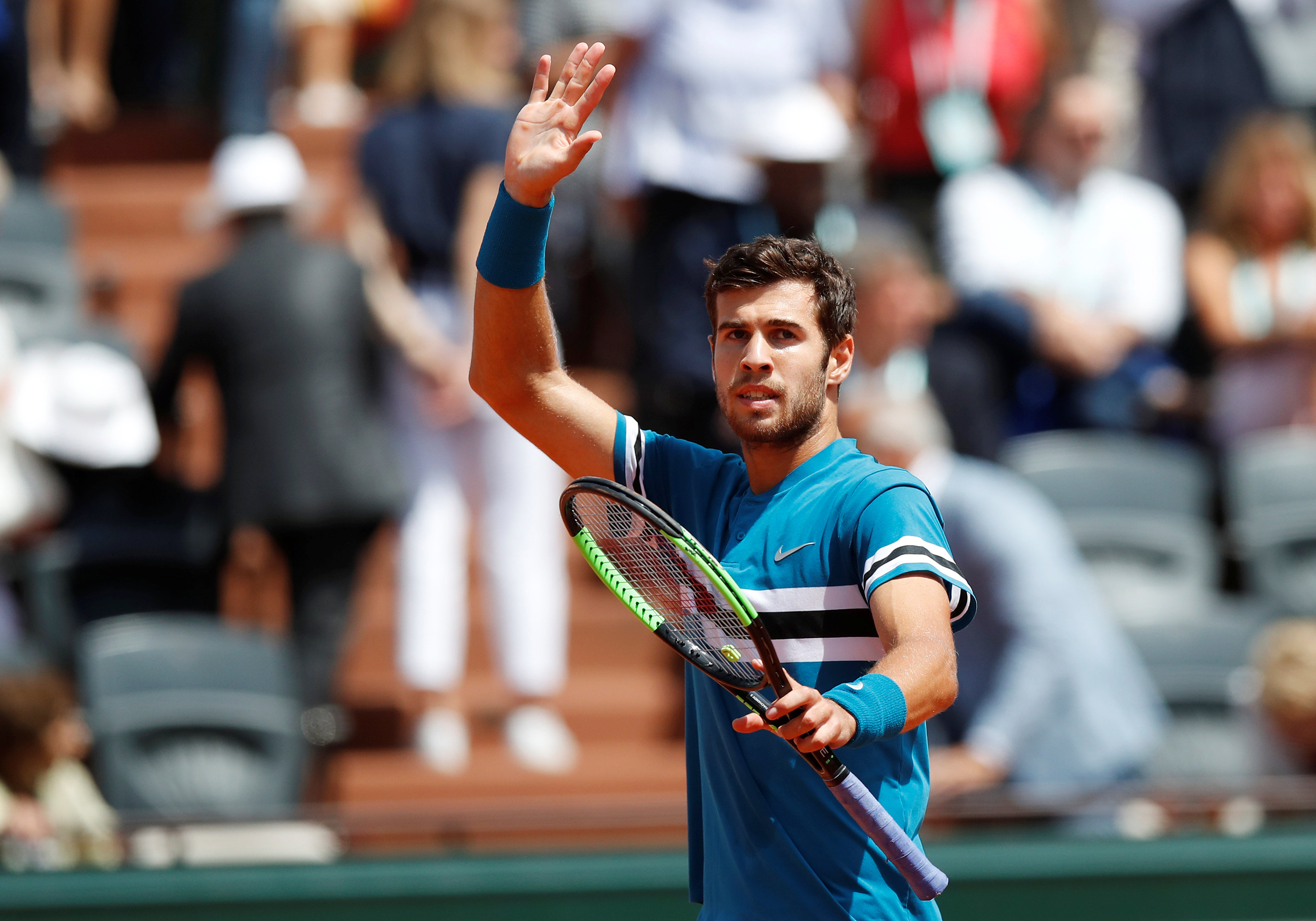 Paris: Hard-hitting Russian Karen Khachanov knocked out France's No. 1 player Lucas Pouille 6-3, 7-5, 6-3 in the French Open third round after the rain-hit match resumed on Saturday.
Khachanov, who will be in the last 16 for the second year in a row, always had 15th seed Pouille on the back foot and now takes on German 'wunderkind' Alexander Zverev.
The match was interrupted by rain on Friday with world No. 38 Khachanov having won the first two sets and the Russian was just as focused when play started again on Court Philippe Chatrier on Saturday.
"It was tough to be interrupted, you think about the match all night, it was really difficult for the both of us," said Khachanov, who had already beaten Pouille in the final of the Marseille Open this year.
Khachanov trains in Spain and has a lot of claycourt practice under his belt which told against Pouille, who appeared exhausted on Friday after just two sets.
The Frenchman had threatened a comeback in the second set when he broke for 4-2, but Khachanov stayed ice cool and broke back, then won 11 of the 17 remaining games.
He ended the contest with an exquisite lob to claim an emphatic win.