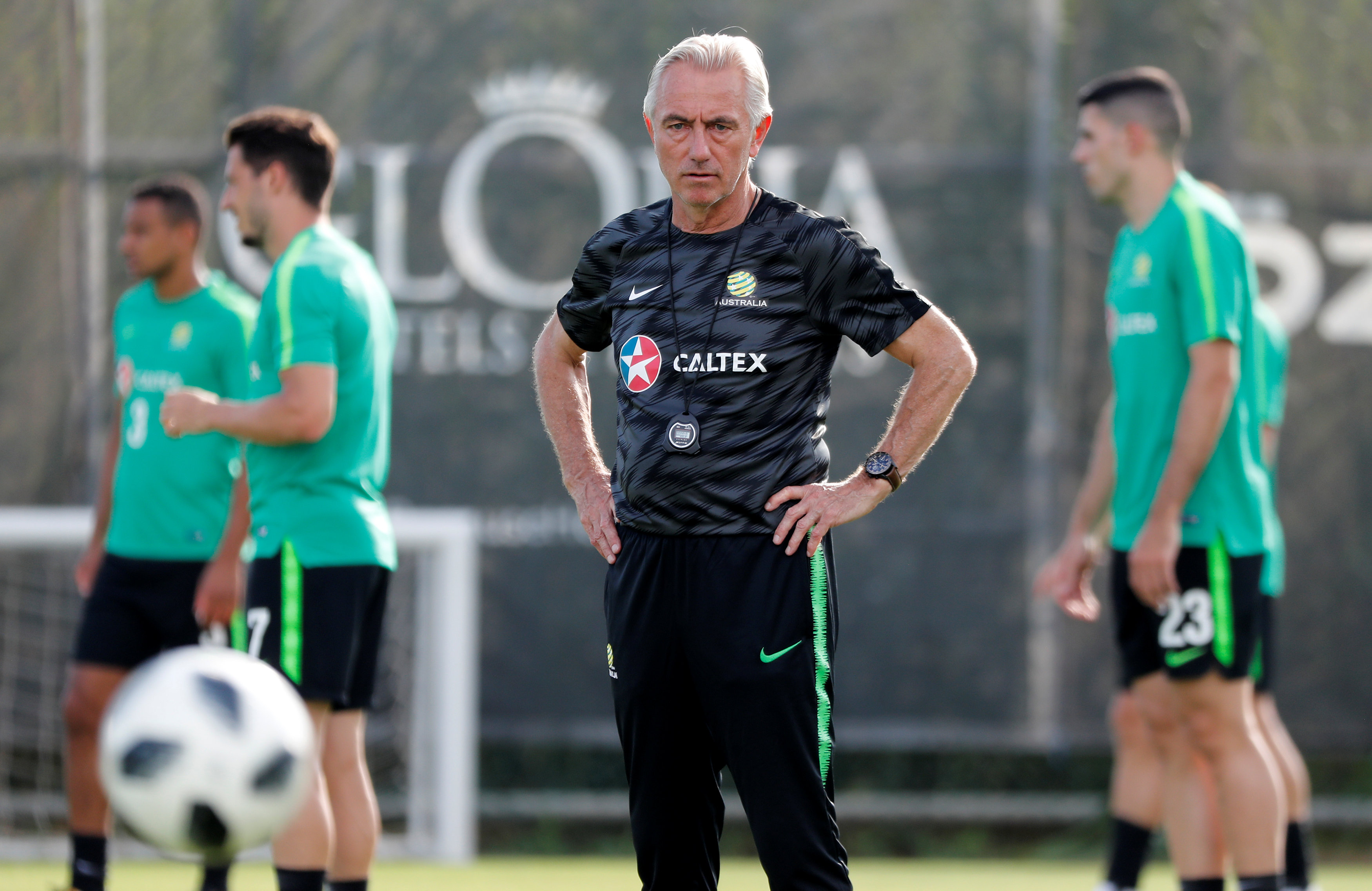 St Poelten: The World Cup-bound Socceroos were thrashed 4-1 by Norway in Bert van Marwijk's first game in charge just two months ago so it was no great surprise that he was not about to get carried away by their 4-0 win over the Czech Republic on Friday.
A brace from Mathew Leckie, a fine individual goal from Andrew Nabbout and an own goal gave Australia their biggest win in two years but the Dutch coach was far more concerned about how they had defended in St Poelten.
"When you win, it is always better, but if we had lost, I would have gone on in the same way," he told reporters after the match in Austria.
"You must not be too satisfied because we also made mistakes. The most positive thing was the defending organisation during the whole game. Only a little bit at the end after the 4-0, a little bit less.
"At the end, I must say that I am satisfied because we won 4-0, but we have a long way to go."
Van Marwijk's caution was perhaps wise with France looming as their first Group C opponents on June 16 and his team were clearly structured to pour forward in numbers when they got the opportunity to hit the Czechs on the break.
The 66-year-old, who led his native Netherlands to the final of the 2010 World Cup, still has to cut four players from his squad and he may have found the answers to a few more questions as he assesses who he will take to Russia.
Regular captain Mile Jedinak and 38-year-old forward Tim Cahill, who between them have scored far more international goals than the rest of the squad combined, should be safe even if neither got a run out in Austria.
Nabbout's goal would appear to have assured the winger of an unlikely ticket with van Marwijk revealing he had quickly identified him as a player who could do a job for him up front.
"I have an idea about him, now you saw the goal and his movements," said van Marwijk.
"He's fast. He's strong but he is also a guy who needs a goal. I think it was very important for him."
Josh Risdon's performance at right back, another problem position for Australia, also drew praise from the Dutchman but overall the message remained consistent with his outpourings since he took up the post.
"We have a lot of things to work on, but there’s a start and I think it's also important that the players understand what we want," he said.
The Asia champions also face Denmark and Peru in the first round on their fourth successive trip to the World Cup finals.