US isolated at G7 meeting as tariffs prompt retaliation 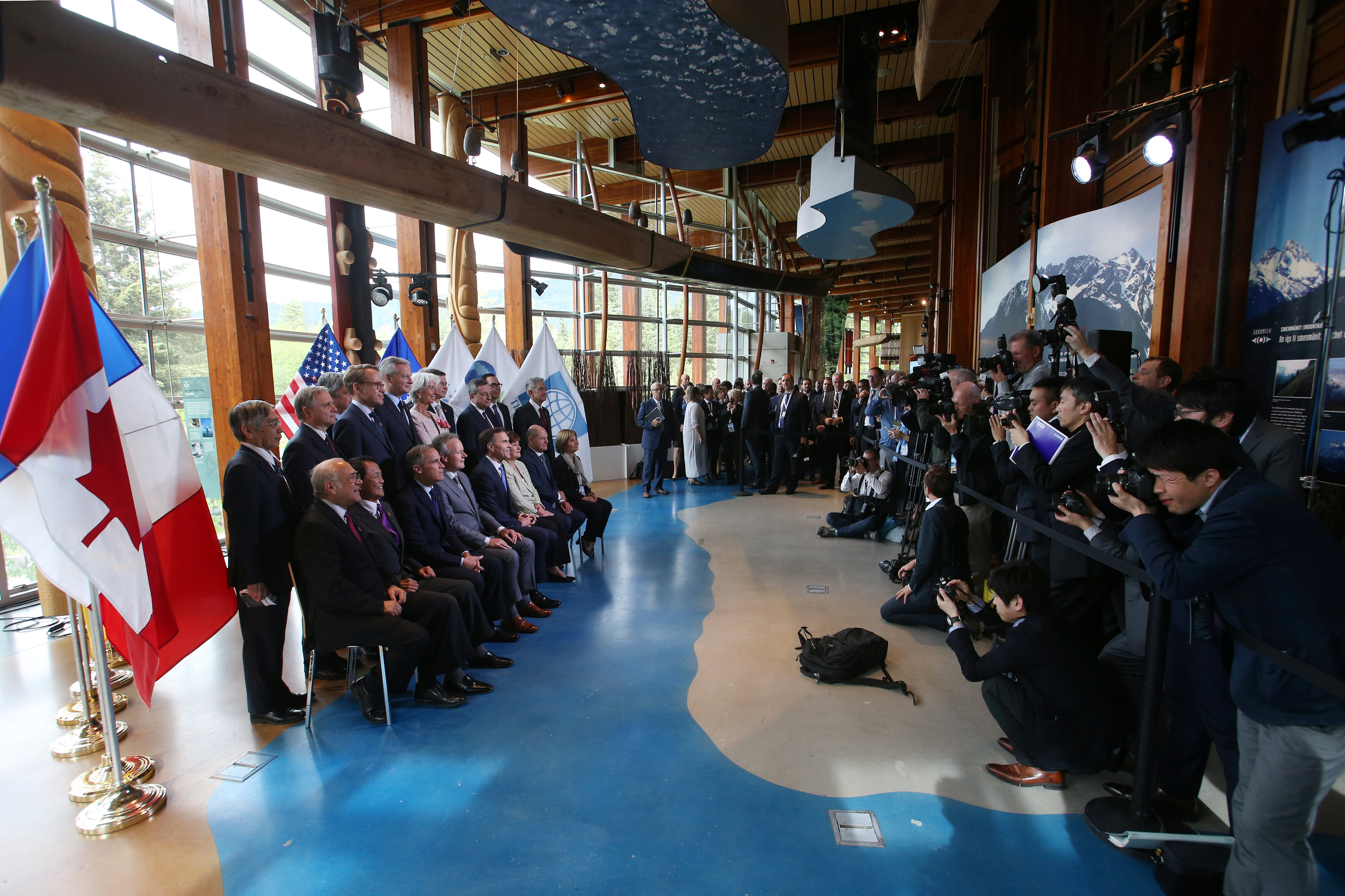 Whistler (British Columbia): The United States' closest allies attacked the Trump administration on Friday for imposing tariffs on steel and aluminum imports and mounted challenges with the world's top trade body, fouling the mood at a G7 finance leaders meeting.
US Treasury Secretary Steven Mnuchin was the prime target of the criticism at the meeting of Group of Seven finance ministers and central bank governors in Canada, with the six other G7 member countries subject to the US metals tariffs, which were imposed on national security grounds.
The tariffs also are complicating US efforts to gain cooperation to challenge China's trade practices as US Commerce Secretary Wilbur Ross arrives in Beijing on Saturday for talks aimed at averting a US-China trade war.
Japanese Finance Minister Taro Aso, whose country's steel and aluminum producers have been paying the US metals tariffs since March 23, called the US action "deeply deplorable."
"This doesn't happen that often at G7 meetings, but it was US against everyone else," Aso told reporters.
The European Union and Canada both filed challenges with the World Trade Organization.
Canadian Foreign Minister Chrystia Freeland said in a statement that the tariffs were "imposed under a false pretext of safeguarding US national security."
At the G7 meeting in the Canadian ski resort of Whistler, British Columbia, Canadian Finance Minister Bill Morneau said he expressed to Mnuchin "our absolute view that this is absurd that Canada could in any way be a security risk."
French Finance Minister Bruno Le Maire also said Mnuchin was clearly isolated at on the tariff issue, with the group devolved to a "G6 plus one" with the six expressing "total incomprehension" over the destabilizing US move.
"We must find a way to get out of this," German Finance Minister Olaf Scholz told reporters. "That was said clearly by everyone and I think it was even taken on board" by Mnuchin.
Mnuchin, regarded as one of the more moderate trade voices in Trump's cabinet, said the issue may need to be resolved by G7 leaders at a summit next week in Charlevoix, Quebec, officials attending the meetings said.
The US tariffs of 25 per cent on imports of steel and 10 per cent on aluminum were imposed early on Friday on Canada, Mexico and the European Union after they refused to accept steel and aluminum quotas in negotiations with US Commerce Secretary Wilbur Ross.
Trump took to Twitter again on Friday to castigate Canada after his testy exchange with Canadian Prime Minister Justin Trudeau on Thursday over rocky negotiations to update the North American Free Trade Agreement.
Trump tweeted that Canada had treated US farmers "very poorly for a very long period of time."
"Highly restrictive on Trade! They must open their markets and take down their trade barriers! They report a really high surplus on trade with us," he wrote.
Later on Friday, Trump told reporters that he might prefer separate trade deals with Canada and Mexico instead of a revamped NAFTA.
The White House said Trump told French President Emmanuel Macron of the need to "rebalance trade with Europe."
Trump's words followed swift responses to the tariffs by Canada, Mexico and the EU, which plan to retaliate with levies on billions of dollars of US goods, including orange juice, whiskey, blue jeans and Harley-Davidson motorcycles.
Harley-Davidson's stock dropped about 1 per cent on Friday, while shares of steelmakers US Steel and AK Steel both rose 2.2 per cent. The broader stock market rebounded on strong monthly jobs data.
Canada, the largest supplier of steel to the United States, said it will impose tariffs covering C$16.6 billion ($12.8 billion) on US imports, including whiskey, orange juice, steel, aluminum and other products.
Mexico announced "equivalent" measures on a wide range of US farm and industrial products, including pork legs, apples, grapes, cheese, steel and other goods.
The EU plans tariffs on US exports running the gamut from canoes to "manicure or pedicure preparations."
"We are determined to protect the multilateral system," EU Trade Commissioner Cecilia Malmstrom said of the WTO challenge. "We are expecting everybody to play by the rules.
The complaints came on the eve of a visit by Ross to China to try to secure long-term purchases of US farm and energy commodities to help shrink the US trade deficit. The US team also wants to secure greater intellectual property protections and an end to Chinese subsidies that have contributed to overproduction of steel and aluminum.
Officials at the G7 meeting said the tariffs made it more difficult for the group to work together to confront China's trade practices, especially when Beijing, like most G7 members, supports the current WTO-based trade rules and the United States is seeking go around them.
Le Maire asked Mnuchin, "How can you get the Chinese to respect international law if you don't?" one meeting participant said.
Mnuchin did not comment to reporters as he left the G7 meeting on Friday. The talks conclude on Saturday.
Eswar Prasad, trade professor at Cornell University and former head of the International Monetary Fund's China division, said that US tariff actions are increasing perceptions that Washington is an unreliable trading partner.
"Rather than creating a common front to address widely held concerns about China's trading and economic practices, Trump has succeeded in alienating key US allies and undercutting broader external pressure on China," he said.
For the EU, a decision on how far to push back will require agreement among the 28 member states that make up the world's biggest trade bloc.
Germany, by far the biggest exporter to the United States, is keen to avoid a wider trade war, especially as the Trump administration has floated the prospect of tariffs on cars, which would potentially be devastating to German exporters.
Other EU countries such as France favour a more robust stance against what they see as American bullying.