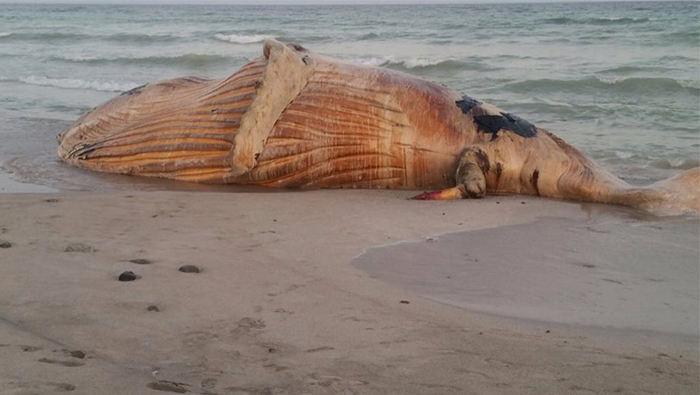 Muscat: A humpback whale has been found beached on Oman’s Masirah Island, according to a statement from the Environmental Society of Oman (ESO) on Wednesday.
Researchers from the organisation have collected samples from the carcass to determine whether the whale had been catalogued before. Should the beached whale belong to the Arabian humpback species – one of the rarest whales in existence – it could mean that this particular species of mammal has taken one step closer to extinction: there are less than 100 Arabian humpback whales in existence.
“A humpback whale was found stranded on Masirah Island,” read a statement from the ESO. “Samples are collected from the whale to see if it was previously recorded in the cetacean catalogue. The loss of one humpback whale is like losing 1 percent of the population, as there are less than 100 individuals surviving in Oman.”
The whale is also currently on the International Union for the Conservation of Nature’s Red List, which catalogues a list of endangered species that are facing extinction around the world.
**media[882235]**