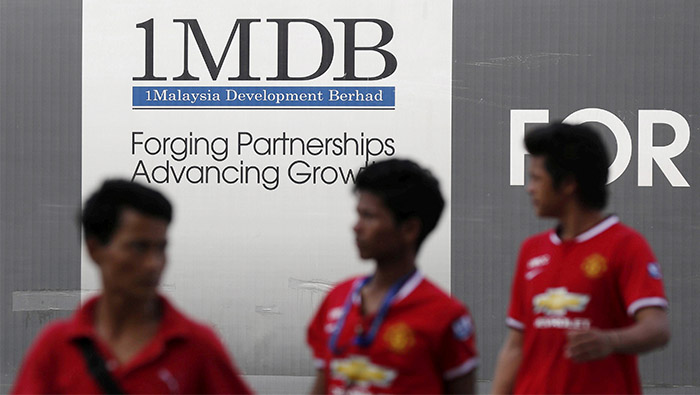 Kuala Lumpur/Singapore: A Malaysian task force investigating a multi-billion-dollar scandal at state fund 1MDB is working with counterparts in neighbouring Singapore to retrieve funds believed to have been misappropriated, it said on Thursday.
At least six countries, including the United States and Switzerland, are investigating claims that $4.5 billion was siphoned out of the fund, 1Malaysia Development Berhad, founded by former Prime Minister Najib Razak.
Malaysia's 1MDB task force, which met nine Singapore officials, said both sides would cooperate to return the funds to the Malaysian government.
"Our cooperation is also aimed at collecting evidence and tracking down witnesses in Singapore as soon as possible," the task force said in a statement.
"The teams will also establish a money trail to trace funds and existing assets."
A Singapore police spokeswoman confirmed investigators were in Malaysia following a request to assist with the investigation, but she gave no further details.
The news comes a week after Malaysian officials met officers of the Federal Bureau of Investigation (FBI) and the U.S. Department of Justice (DOJ), which refers to Najib as "Malaysian Official Number 1" in an anti-kleptocracy investigation of 1MDB.
Najib has denied any wrongdoing and said in 2016 that the Malaysian government would cooperate with U.S. investigations.
Singapore has taken action against several banks and bank officials for failures of money-laundering controls over transactions related to 1MDB, including the closure of units of BSI Bank and Falcon Bank.
Malaysia's newly-elected Prime Minister Mahathir Mohamad has vowed to investigate the 1MDB scandal and act against those who may have abetted, or benefited from, corruption at the fund.
Mahathir, who defeated Najib, a former protégé turned political opponent, in the historic May 9 elections, immediately reopened 1MDB investigations and barred the former leader from leaving the country.
The former prime minister went to Malaysia's anti-graft agency to make a statement of what he knew about $10.6 million transferred into his bank account from the fund.
Last week, Malaysia's finance minister said funds from deals with the central bank and sovereign wealth fund Khazanah were used by the previous government to meet some liabilities of the troubled state fund.
Malaysian police said they seized cash worth 114 million ringgit ($29 million) and more than 400 luxury handbags from Najib's home and his son's apartments as part of the investigation.