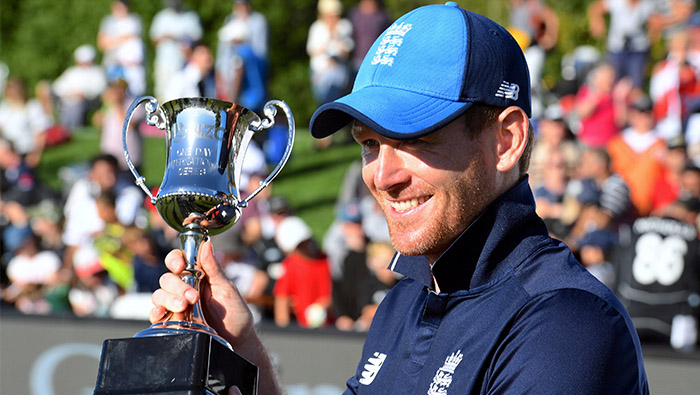 England: Eoin Morgan, England's limited-overs captain expects Australia to be "galvanised" when they face his team next month in their first series after the ball tampering scandal in South Africa.
With former skipper Steve Smith and his deputy David Warner serving one-year bans for their part in the March scandal, Australia will be captained by Tim Paine and coached by Justin Langer for five ODIs and a one-off T20.
"What's happened to them in the last six months has the potential to galvanise a young, hungry side," Morgan told British media.
Australia will also be without batsman Cameron Bancroft, who was banned for nine months for his role in the conspiracy to illegally rough up the ball during the third test against South Africa in Cape Town.
First choice pace bowlers Mitchell Starc, Pat Cummins and Josh Hazlewood are also absent through injury.
England, who top the ODI rankings, beat hosts Australia 4-1 in a limited-overs series in January but Morgan cautioned against taking the tourists lightly as the defending champions prepare for next year's World Cup in England and Wales.
"I think they will, with one eye on the World Cup, they will come with a strong performance," Morgan, who has a fractured finger but is expected to be fit for the series, added.
"So we're going to have bring our A-game to this series. And again it's going to be a good challenge for us."
England take on Scotland in a one-off ODI on June 10 before they face Australia three days later.