Tennis:Serena takes on Barty in French Open second round 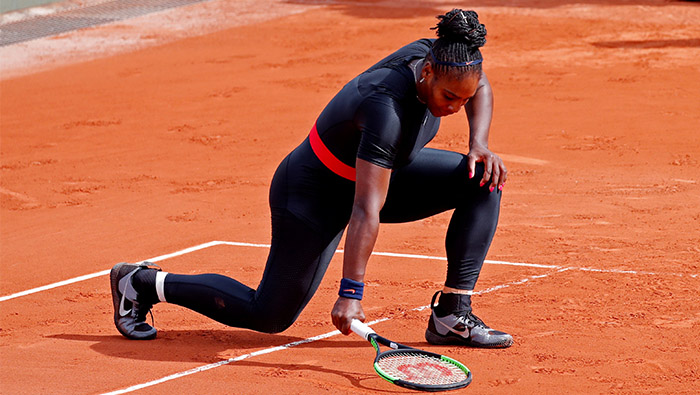 Paris: Serena Williams faces her first seeded opponent at the French Open on Thursday and will hope to use her booming serve to beat Australian Ashleigh Barty in the second round.
Barty, the 17th seed, cruised past Natalia Vikhlyantseva in the first round, while Serena, back at one of her favourite venues after a two-year absence, overwhelmed Czech Kristyna Pliskova in straight sets.
The American is playing in a Grand Slam for the first time since winning a 23rd title at the 2017 Australian Open and giving birth to her daughter Alexis in September.
World number one Simona Halep resumes her quest for a maiden Grand Slam crown against 22-year-old American wildcard Taylor Townsend.
In the men's draw, third seed Marin Cilic faces Poland's Hubert Hurkacz. Defending champion and top seed Rafa Nadal is also in action on day five, facing Argentine Guido Pella on Court Suzanne Lenglen.