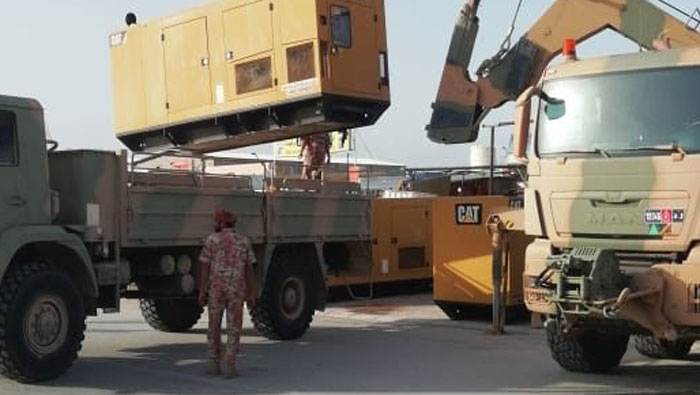 Muscat: A convoy of military trucks is helping to transport a number of generators, along with engineers, to the wilayats of Rakhyut and Dhalkoot to restore electricity following Cyclone Mekunu.

The Rural Areas Electricity Company revealed in a statement online that a military convoy loaded with technical support generators had been sent to western Dhofar, accompanied by network engineers.

Muscat Electricity Distribution Company earlier announced that 49 operations and maintenance engineers had arrived in Dhofar, including staff from both the company and its contracting companies, to help restore electricity to the affected areas.