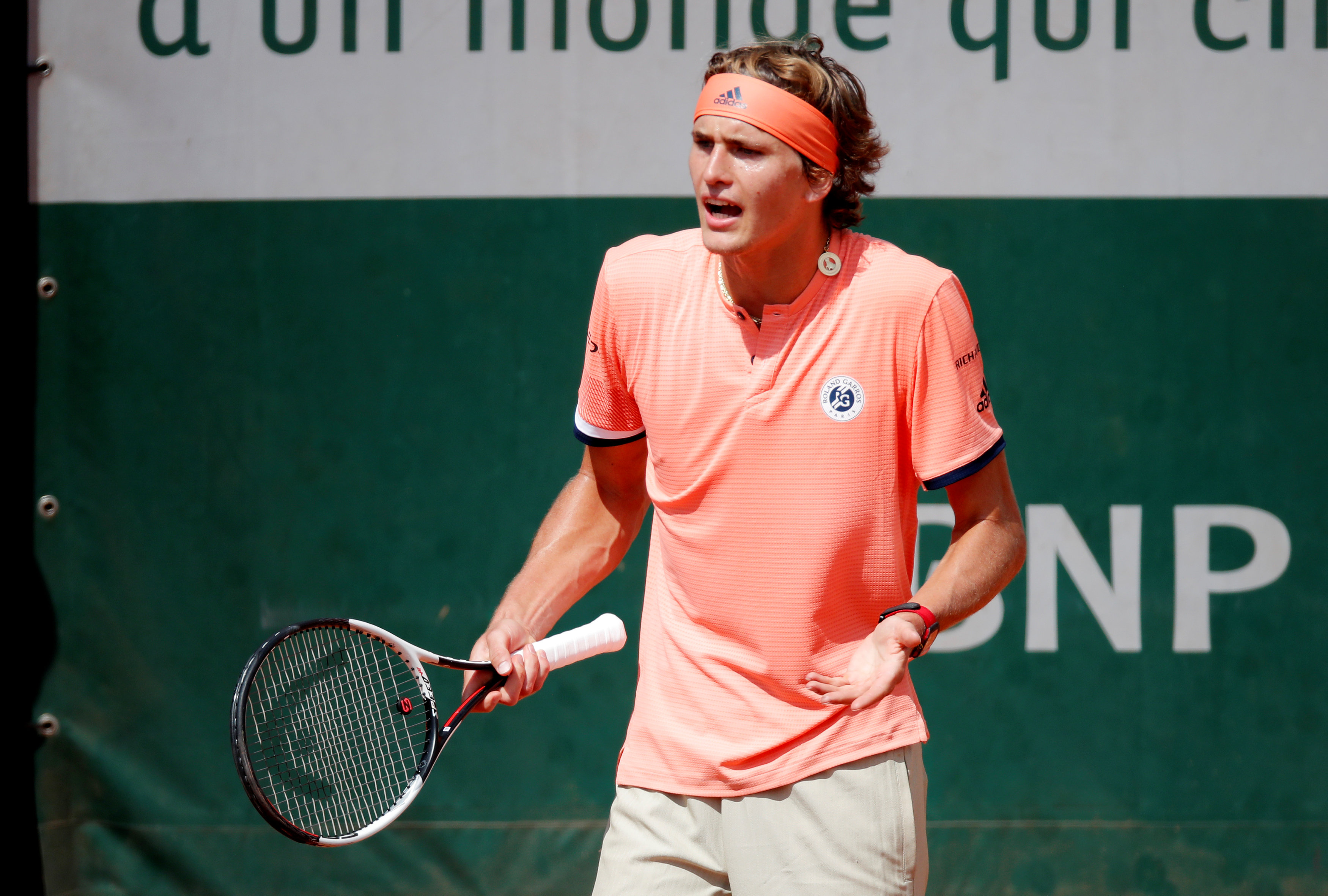 Paris: Alexander Zverev eventually controlled his nerves to reach the French Open third round with a 2-6, 7-5, 4-6, 6-1, 6-2 win over Serbian Dusan Lajovic on Wednesday.
The second-seeded German smashed a racket in frustration before finding his groove and setting up a meeting with 26th seeded Bosnian Damir Dzumhur.
Zverev has yet to reach the last eight at a Grand Slam but his huge talent told in the end against the world No. 60.
The 21-year-old Zverev had to cope with the frustration of an error-riddled start of the match.
He dropped serve twice in the opening set as Lajovic kept his cool and held serve to take the lead on Court One.
Lajovic toyed with the German, who lost his temper when he was broken in the third game of the second set and crushed his racket in frustration.
Horrible unforced errors and ill-timed rushes to the net followed as Zverev struggled for control but he broke back for 3-3 and regained his composure to convert his first set point on Lajovic's serve to level the match.
There were more jitters, though, as he trailed 2-1 in the third when he dropped serve on a double fault. Lajovic went on to bag the set and Zverev had his back to the wall.
But the German, who leads the ATP Race, was fully focused as he raced through the fourth set by sticking closer to the baseline and he ended the match with an unreturnable serve.