Turkey, US reach deal on plan for withdrawal of YPG militia from Syria's Manbij 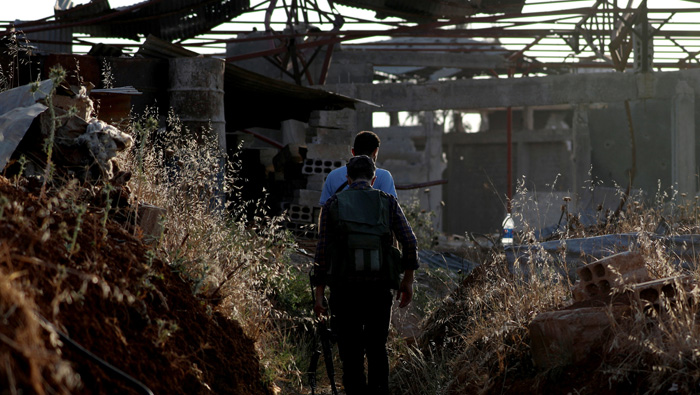 Ankara: Turkey and the United States agreed on a three-step plan for withdrawing the Syrian Kurdish YPG militia from Syria's Manbij, Turkey's state-run Anadolu news agency said on Wednesday.
The report comes as differences over Syria policy and Washington's decision in December to move its embassy in Israel to Jerusalem have strained ties between the NATO allies.
Turkey is outraged by US support for the YPG militia, considering them a terrorist organisation. Ankara has threatened to push its offensive in northern Syria's Afrin region further east to Manbij. Manbij is a potential flashpoint. The Syrian government, Kurdish militants, Syrian rebel groups, Turkey, and the United States all have a military presence in northern Syria.
On Wednesday, Anadolu said Ankara and Washington had reached a technical agreement on a three-step plan for the withdrawal of the YPG from Manbij, a move Turkey has long sought from the United States.
Under the terms of the plan to be finalised during a visit by Foreign Minister Mevlut Cavusoglu to Washington on June 4, the YPG will withdraw from Manbij 30 days after the deal is signed, Anadolu said, quoting sources who attended meetings at which the decisions were made.
Turkish and US military forces will start joint supervision in Manbij 45 days after the agreement is signed and a local administration will be formed 60 days after June 4, Anadolu said.
Earlier on Wednesday, Cavusoglu told broadcaster AHaber that a timetable for the Manbij plans could be set during talks with US Secretary of State Mike Pompeo in Washington, and that it could be implemented before the end of the summer.
Cavusoglu was also quoted by media on his return flight from Germany saying that, if finalised, the plan for Manbij could be applied throughout northern Syria.
However, a local Manbij official later told Reuters that Cavusoglu's assertions that US and Turkish forces would temporarily control the region were "premature" and lacked credibility.
Relations between Ankara and Washington have hit a low-point due to factors such as the sentencing this month in New York of a former Turkish state bank executive to 32 months in prison for taking part in an Iran sanctions-busting scheme, a case Turkey has called a political attack.
Turkey has also caused unease in Washington with its decision to buy S-400 surface-to-air missiles from Russia and drew criticism over its detention of a US Christian pastor, Andrew Brunson, on terrorism charges.
Brunson faces up to 35 years in prison on charges of links to the network Ankara blames for a 2016 coup attempt. The pastor denied the charges in a Turkish court this month.
A US Senate committee last week passed its version of a $716 billion defence policy bill, including a measure to prevent Turkey from buying Lockheed Martin F-35 jets, citing Brunson and the Russian missile deal.
Cavusoglu, however, said that if the United States blocked Turkey from buying the jets, Ankara would go elsewhere to meet its needs, adding that it was unlikely Washington would be able to back out of the deal.
Turkey has plans to buy more than 100 of the F-35 jets and the Pentagon last year awarded Lockheed $3.7 billion in an interim payment for the production of 50 of the aircraft earmarked for non-US customers, including Ankara.